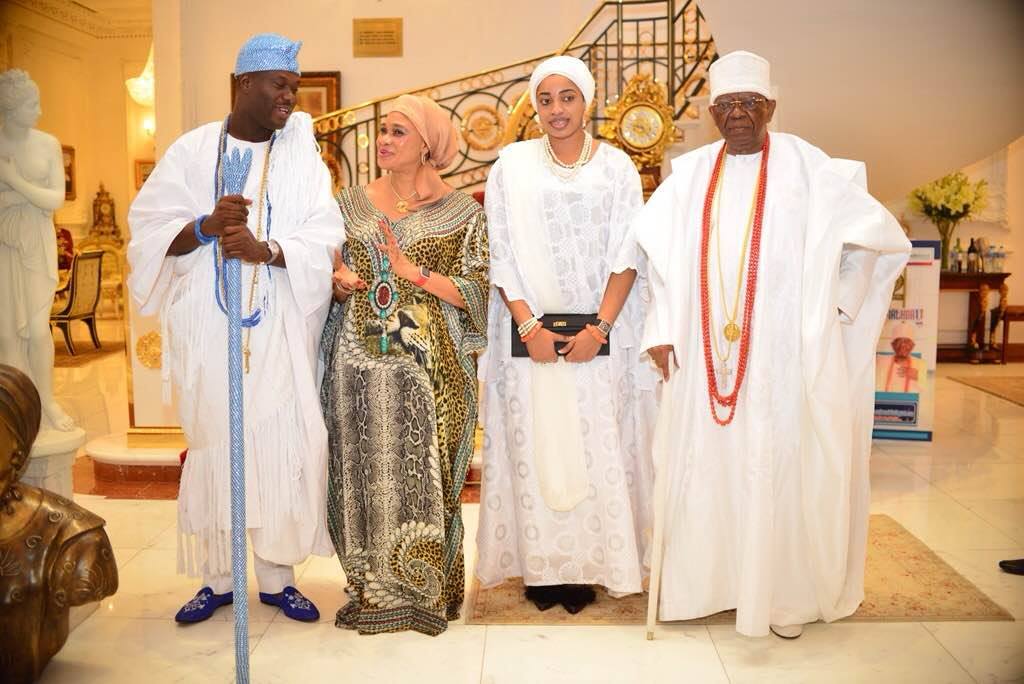 While paying special tribute to the foremost banker and businessman, Dickson applauded his  many years of ?contribution to the development of the nation’s economy.

He remarked that, the philanthropist and Olori Omo-Oba of Ijebuland is an inspiration to many, because of his good deeds and appreciated God for sustaining him with strength and sound health.

The governor added that, the octogenarian deserves to be celebrated for his vision over thirty years ago, to set up a strong financial institution like the FCMB, which has provided jobs for thousands of Nigerians, noting that it remains an enduring and worthy legacy. Dickson wished the quintessential monarch a happy birthday and more years of ?selfless service to his native Ijebu land and Nigeria.

Why We Are Banning The Yellow BUSES & DANFOS Gov. AMBODE Reveals His New Bus Initiative