Gov. Ganduje set to shake up cabinet, leaves only his deputy 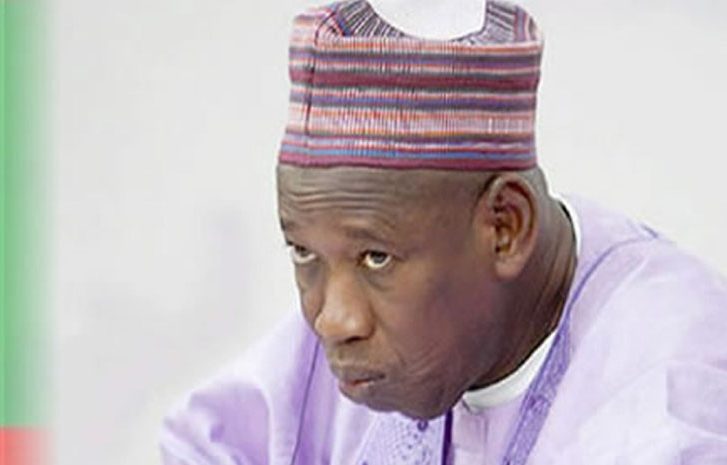 Gov. Abdullahi Umar Ganduje of Kano State, on Monday, May 6, 2019, announced that a major purge would soon take place in the administrative machinery of the state, to ensure that only the right people are allowed to play roles in the scheme of things.

He explained the shake-up, which is part of a broad vision to move the state to the next level, would affect “all political office appointees except my Deputy, Dr. Nasiru Gawuna”.

“The shake-up will affect all Commissioners, Special Advisers, Senior Special Assistants, Personal Assistants, heads of government agencies and directors, among others. In the same vein, the State Hisbah Board and local governments will face major reorganization”, the governor disclosed.

He, however, assured that nobody will be victimized.

“We will not retrench anybody but we will appoint only loyal and dedicated people into sensitive positions”, he promised.

Ganduje, who spoke during an APC stakeholders’ meeting at Africa House, Government House Kano, stated that the managerial changes have already commenced with sweeping reforms on the top stratum of the state civil service.

“We started with Permanent secretaries because they are the backbone of the civil service.

“If the backbone is weak and disloyal to the government, what should you expect? We shall, therefore, appoint only selfless, hardworking and trustworthy people into positions of responsibility”, the Governor asserted.

Stating that he would not allow with fifth columnists to derail his second tenure as they attempted in the past, the governor maintained that those who supported the APC in the recent presidential and other elections would be compensated.

Accordingly, Gov. Ganduje mandated APC stakeholders in all the 44 local government areas of the state to, within two weeks, nominate 10 people each, to be given positions.

The nominees, he added, must be selected based on carefully defined criteria, including loyalty, experience, political dexterity, academic qualification and zoning, among others.

He assured that his administration would continue to support the APC to become stronger, highlighting that “the 2019 election was a school that taught us many things ahead of 2023”.

Dr. Ganduje reiterated that his government, during its second term, would focus on consolidating its achievements, in heath, education, skills acquisition, security and women development, among other sectors.

Gov. Ganduje set to shake up cabinet, leaves only his deputy was last modified: May 6th, 2019 by Reporter