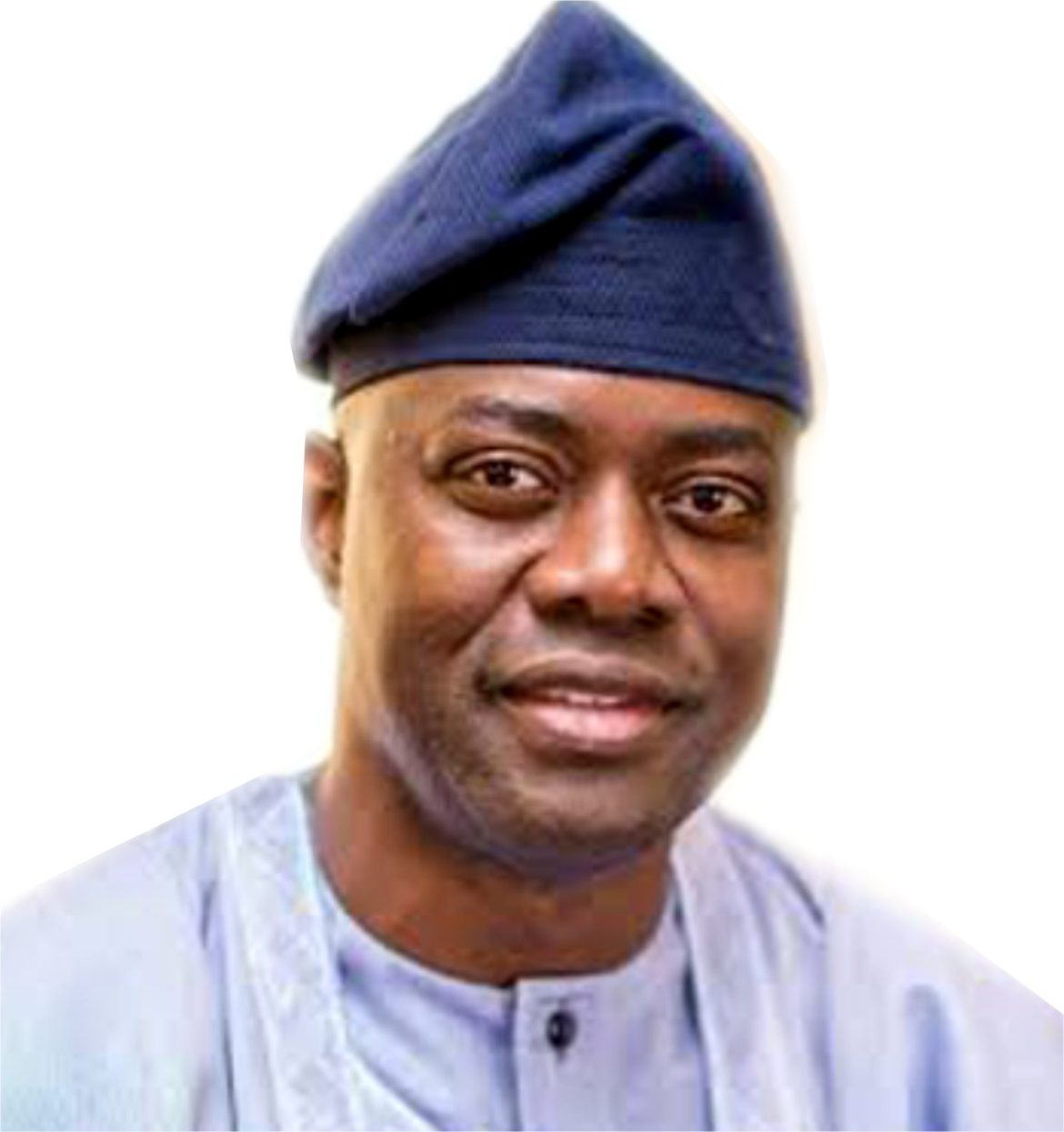 •What He Is Planning To Do

If there is one governor right now who may not find it easy to go to bed at night without his heart in his mouth, it is the governor of Oyo State, Governor Seyi Makinde. This is because, with just a few weeks to the governorship election, all is not well within his camp. Political anylists say he is far from being ontop of the game as far as the political situation in Oyo State is concerned. As it is, nearly everything that could go wrong has gone wrong. There are cracks, big cracks within the state’s PDP. He has lost many prominent foot soldiers and some people are rising up against him in the party. His chances of securing a second term victory appear to be getting tighter by the day, especially with his G-5 adventure that has not gone down well with many in the state. But, surprisingly, Governor Makinde, having garnered valuable experience from his first four years in office as governor, has remained calm all through it all. As far as he is concerned, there is no cause for alarm, he is well ontop of the situation. But still, those who should know insist that, indeed, there is fire on the mountain.

Governor Seyi Makinde, ordinarily, would not have found himself in the tight situation he has to contend with right now. If you ask many Oyo State residents, they will tell you he has not done badly in his first four years in office. In fact, many insist he has done really well and he deserves a se4rcond term. He is expected to consolidate on his efforts if and when he secures a second term victory. By now, he would’ve had the entire PDP group in the state solidly behind him and only the opposition to contend with. But that is not the case right now. Makinde has both the oppoition, mainly the APC and Accord Party, and a powerful faction within hs own group to deal with. He will truly have his hands full as he prepares to go into the election hoping to become only the second governor in the history of Oyo State to run the state for two terms. And those who know say it is certainly not going to be a walk in the park for the brilliant Seyi Makinde, he will have to fight for every vote he gets to win the coming governorship election.

According to City People investigations, Seyi Makinde’s problems did not start after he became a part of the G-5, now known as Integrity group, it started well before then when he began to let slip through his fingers some integral mebers of the party in the state, particularly those who had been offering his administration invaluable support. One of such groups that gave him such strrong support was the coalition that backed Governor Makinde in 2019. It included the governorship candidate of the African Democratic Congress (ADC), Olufemi Lanlehin; the candidate of the Zenith Labour Party (ZLP), Sharafadeen Alli, and that of the Social Democratic Party (SDP), Bolaji Ayorinde.

Other prominent figures in the coalition behind Makinde include former governor of the state, Rashidi Ladoja, and a former Oyo central senator, Monsurat Sunmonu.

However, that coalition began to disintegrate after Makinde’s election as the members fought over the spoils of victory. They accused the governor of failing to honour the agreement reached before the poll.

First to dump the coalition was Mr Lanlehin, followed by the candidate of the ZLP and that of the SDP.

The only PDP senator in the state, Kola Balogun, who represents Oyo South district, also left the party after losing the return ticket to the senate.

Other bigwigs like former House of Representatives Leader, Mulikat Adeola, and an Ibadan political chieftain, Adebisi Olopoeyan have also dumped the reuling party and have vowed to ensure Makinde’s fall at the poll.

Also, the Deputy Governor, Rauf Olaniyan, who has now been impeached on the gropunds of gross misconduct, abuse of office and financial recklessness, among others. has defected to the APC.

Some other aggrieved members of the PDP in September 2021 had earlier vowed to work against Makinde’s re-election bid. They accused the governor of sidelining them to shower his favour on “outsiders, “ who allegedly contributed little or nothing to his electoral success in 2019.

Now, according to insiders, perhaps the situation would’ve been a lot more manageable if things had not gone way over board. Makinde also began to attract more enemies within the party over his antagonism of the presidential candidate of the party, Atiku Abubakar. Makinde is a member of G5, a group of PDP governors who are opposed to their party’s presidential candidate, Atiku Abubakar. They are also calling for the removal of the National Chairman of the party, Iyorcha Ayu. This romance between Makinde and the G-5 has not gone down well with his party members in the state. They do not approve of his anti-Atiku stance.

And the PDP members, along with hundreds of Oyo residents showed their displeasure loud and clear penultimate week when Seyi Makinde flagged off his campign. The five aggrieved Peoples Democratic Party (PDP) governors, referred to as G-5, were present to give him support and encouragement. Interestingly, Makinde is the onloy governor of the lot seeking re-election. The others are concluding their second terms within the next couple of months with a couple of them contesting for senate. They were greeted with shock in Ibadan during the official launch of Governor Seyi Makinde’s second term bid, as shouts of the party’s presidential candidate’s name, Alhaji Atiku Abubakar, rent the air, to the embarrassment of the governors, including Makinde.

The deafening cries of “Atiku” was a major blow to the G-5, comprising Rivers State Governor Nyesom Wike, Benue State Governor Samuel Ortom, Abia State Governor Okezie Ikpeazu, the host, Seyi Makinde, and Enugu State Governor Ifeanyi Ugwuanyi. This was a clear sign and a warning shot to Makinde that his second term bid is hanging in the balance. To rub salt in his wounds, several groups have been staging solidarity walks in loud support for the PDP presidential candidate, Atiku Abubakar.The People’s Democratic Party (PDP) coalition under the auspices of the National Mandate Group, Oyo State chapter, organized a ‘Freedom Walk for Atiku’ in Ibadan, capital of Oyo State, in support of Atiku Abubakar. The National Mandate Group, Oyo chapter, comprising party stalwarts, youth, women and mobilizers from across the state, were seen on the main streets of the Ibadan metropolis marching with banners, campaigning for Atiku ahead of the presidential election of February 25.

Though he has lost quite a handful of loyalists and foot soldiers, he still has prominent persons from the 2019 election, among whom are Senator Hosea Agboola, Chief Bisi Ilaka, Alhaji Kunmi Mustapha, Alhaja Bose Adedibu, Dr Saka Balogun, Chief Bolaji Ayorinde, Barrister Bayo Lawal, Mr Dare Adeleke with the latest addition being Senator Monsurat Sunmonu. Meanwhile, efforts to harmonise Senator Hosea Agboola, Alhaji Kunmi Mustapha, Barrister Adeniyi Farinto and Chief Jacob Adetoro seem to be yielding good returns. Still, experts believe the governor has every reaon to be weary of the oipposition within the party just as he should be of the opposition outside the party. The words spoken in hushed tones within the party is that the PDP presidential candidate, Atiku Abubakar, is heavily funding the anti-Makinde group in the party, enabling them to do everything they need to do to scuttle Makinde’s reelection bid and ensure Oyo residents vote massively for him (Atiku) at the poll next month. And of course, when you have a man like Atiku on your case, fighting you naira for naira, dollar for dollar, you know you have a big fight on your hands.

So, it definitely isn’t going to be a walk in the park for Governor Makinde. Apart from the antagonism and conspiracy he is getting from within his own camp, he now has to face two very strong opposition candidates in Senator Teslim Folarin, a three term senator contesting on the platform of the APC and Adebayo Adelabu contesting on the platform of Accord Party. They are both experienced politicians. Adebayo Adelabu left the APC when he lost the APC governorship ticket at the party primaries to Teslim Folarin. These two gentlemen are no push overs.

Teslim Folarin is the poster boy for the APC in the state and is said to enjoy a lot of backing from Asiwaju Bola Ahmed Tinubu who has been rumoured to have secretly cut a deal with Seyi Makinde to help deliver massive votes for APC for the presidential race. As far as political pundits are concerned, the Oyo governorship election is a three horse race. Some Oyo residents believe it will take a miracle for Seyi Makinde to win the governorship election. And it’s not just because he has seemingly insurmountable hurdles stacked in his path, but also because in the history of Oyo State, only one man, the former governor Ajimobi, was voted into office for a second term, they believe that will never happen again in Oyo State, no matter how hard the person tries. Come next March 11, 2023, when the people go out to vote for their next goverrnor, we will know then if Makinde will take his place in the history of Oyo State politics or not.

Reports reaching City People indicate that Seyi Makinde is already reaching out to some of the aggrieved party members and its looking like positive resolutions are on the cards. He is also said to be finally shifting ground on the Atiku stance held by his G-5 group. His body language now suggests that he may have finally realised that he could lose his reelection bid if he and the entire PDP caucus in the state are not on the same page. How all of these last minute moves will pan out for him in March Oyo residents go to the poll to vote for their next governor remains to be seen.

The Shape Of Real Estate Business Will Change In 2023