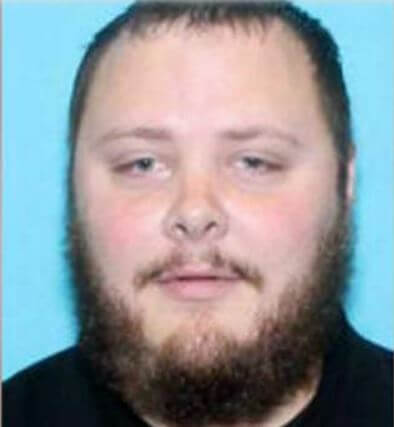 Johnnie Langendorff, one of the men who helped to track down the Texas church gunman on Sunday has given details how the shooter was intercepted and prevented from killing more people in the church.
Langendorff told Fox News that he decided to track down the killer after seeing the gunman exchanging fire with a member of the community.
The gunman identified as 26-year-old Devin Kelley, attacked the First Baptist Church of Sutherland Springs, which is about 30 miles southeast of San Antonio, killing at 26 people were killed and 20 wounded.
Langendorff said he arrived at an intersection near the church. He said he witnessed two men exchange fire and recognised one of them from the community.
“The shooter of the church had taken off, fled in his vehicle, the other gentleman came and said we need to pursue him. And that’s what I did, I just acted,” he told a local TV station Ksat.com. Johnnie Langendorff: Hailed a hero for preventing more bloodshed in Texas church
Following a brief chase, the two caught up with the gunman.
“He got a little bit of a jump on us. We were doing about 95 (mph) down (Route) 539 going around traffic and everything.
“Eventually he came to a kind of a slowdown and after that we got within just a few feet of him and then he got off the road,” he said.
“He just lost control. That is when I put the vehicle in park and I was still on the phone to dispatch (police). The other gentleman jumped out and has his rifle drawn on him. He didn’t move after that.”
Police arrived within five to seven minutes to the location where the shooter stopped. “We led police to him,” he said, according to Ksat.com.
Langendorff said he was not aware at the time of the chase that the shooter had additional weapons in his vehicle and he might have prevented more deaths.
How Gunman Who Killed 26 People at a Church in Texas was Intercepted was last modified: November 6th, 2017 by Arinze Ago

Fabregas turns down romantic offer from fan, Says ‘My wife is miles ahead of anyone’