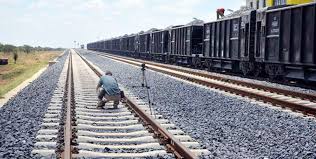 The Lagos State government has announced plans to close the rail level crossing in Ilupeju, Jibowu, Yaba, and some areas.

It explained that the closure was in accordance with the ongoing Nigerian Railway Modernisation Project (Lagos-Ibadan section) with an extension to Lagos Port, Apapa.

Mrs Bolanle Ogunlola, the Assistant Director of Public Affairs Unit at the State Ministry of Transportation, made the announcement in a statement on Friday.

She listed the dates for the closure of the level crossings to include Ilupeju (November 15), Ogunmokun (November 16), as well as Jibowu and Yaba (November 18), from 8 pm to 7 am on each day.

The ministry’s spokesperson stated that the phase of construction works on the designated routes would focus on track stress dispersion and locking at various level crossing joints of the Standard Gauge Railway.

“Motorists are therefore advised to utilise alternative routes that have been provided during the daily closure to enhance free flow of traffic on the stated dates.

According to Ogunola, the identified alternative routes will be used interchangeably to ease movement while traffic management personnel will be on the ground to ensure the free flow of traffic during the construction period.

She noted that the closure was slated for the night to minimise inconvenience in movement and asked motorists to comply with the traffic directions put in place to aid the smooth and uninterrupted flow of the construction schedule.

The state government also appealed to residents to bear the pains, saying the rail project was aimed at achieving a seamless multi-modal transport system that would be beneficial to the larger population.