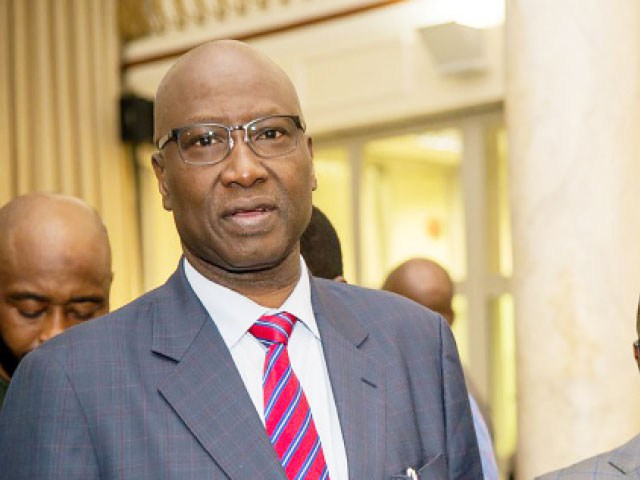 The secretary to the government of the federation (SGF), Boss Mustapha, says the federal government would ensure that Nollywood actors get a fair deal from their trade.

He spoke at the grand finale of an Abuja stage play titled ‘Agbarho The Musical’, produced by Patrick Otoro, during the weekend.

According to the lawyer and management consultant, the proprietary rights of Nollywood actors needed to be protected by the government so that they can derive maximum return from their artistic endeavours.

“One of the things that government has to do is to make sure that their rights are protected because that is why they loose a lot of money. There are a lot of leakages in the process in terms of people pirating their products,” he said.

”Nollywood is thriving and big industry. But the actors and actresses, do they receive commiserate benefit from the kind of work they do? They are not getting value for their output. They train very hard, they perform very well but at the end of the day, what gets to them is peanuts.

“The industry will have to restructure itself in such a way that there will be capable and competent managers that will manage their artists. All of these must be put in place so that whenever talent is exhibited, it will be protected.”

In July, Banky Wellington, Nollywood actor-cum-politician, had decried the rate at which renowned filmmakers go broke and, as a result, resort to soliciting funds from their colleagues when they fall sick as a result of the trends in the industry.

“It shouldn’t be that way. People who have contributed to entertainment, to the culture; to the history — whether musically or cinematically — should have their work continue to pay for them, even after their moment in the sun is over,” he had said.

Henceforth, Filmmakers Will Get Fair Deal From Their Trade – SGF Boss Mustapha was last modified: October 8th, 2019 by Damilare Salami