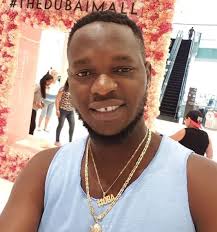 Highly rated Yoruba movie director and filmaker, Okiki Afolayan has a star to his rank after he won himself the Best Yoruba Movie Director in 2019 at the 2nd edition of OMAMA Awards.

The voting excercise for the awards ended on Wednesday 4th April 2019, and after the collation of results, the organizers announced Okiki Afolayan got 499 votes ahead of Adebayo Tijani, Afeez Owo and others who had lower points.

The plaque according to the organisers will be presented to him at the award ceremony, which on a date to be announced soon.

Okiki started life as a butcher, selling meat at the popular Miami Market in Oshodi Lagos. But he never relented, he afterwards met a friend who later introduced him into acting, and the rest has now become history.

He met with one Bosun Otayemi who took him to Dejo Tufulu, Tunde Dickson and Kunle Afod’s group. As a learner, he was asked to pay a certain amount of money which he couldn’t afford. This got him discouraged and he nearly dropped the interest in acting. But his family rally round and encouraged him with the payment. Okiki began as a dancer. He was very good at the rehearsing ground but always performing woefully when facing the camera.

Then, popular D.O.P, Tunde Dickson advised him to rather join the crew than aspiring to become an actor. The smart boy, Okiki we learnt took the advise and he became a continuity man under Olumide Adedayo.

Years after, Okiki Afolayan started learning film directing and today, he has proved himself to be a force to reckon with in the industry. He’s a competent film producer, story writer and director, and he is among the number one movie directors currently dominating the Yoruba movie industry with quality movie productions.

In less than 5 years of his career as a director, he has directed over 100 blockbusters including Sola Arikusa, Titobi Olorun, Aolat, Kileyi, Okiki, Afolayan ,Ahun, Ibidun Oloka, Encounter, Aala Ife, to mention but a few.

He is the most sought-after Yoruba movie director at the moment.