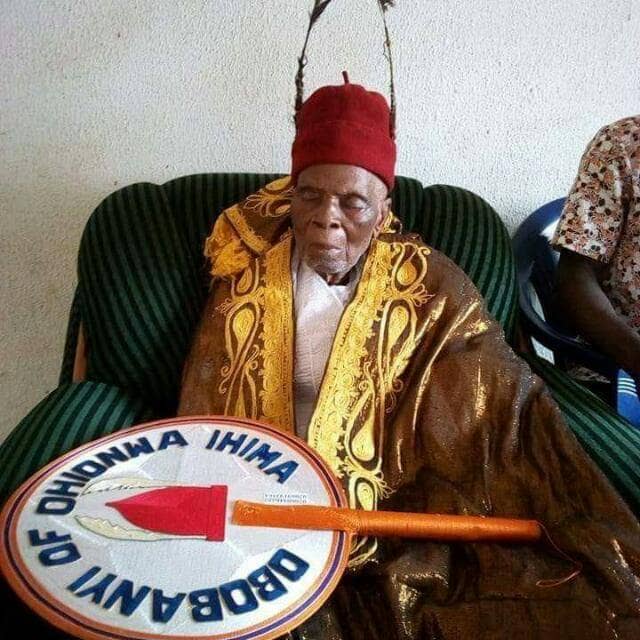 Honourable Joseph Asuku Bello, incoming legislator for the Adavi/ Okehi federal constituency has sent his condolence to the good people of Okehi LGA over the demise of the Obobanyi of Ohionwa, Late Pa Jeremiah Akaava whose death occurred at the late hours of Friday, April 26, 2019, at the age of 116′

In his condolence message released by his media team, Hon. Joseph Asuku Bello described the Obobanyi, who was the oldest royal father until his death, as a man whose reign in the kingdom has brought peace, unity and progress to the people.

He stated, “The Obobanyi was more than a ruler. He was a leader and mediator, whose life and time was dedicated to his people. He inspired youths like us to participate in the polity of our nation and follow through to ensure that we make expected impact”
His death is such a great loss.”, he wrote.

Hon. Bello sympathizes with the family, Ohionwa Clan, Ihima, Okehi Traditional Council and entire Anokehi over the transition of one of the oldest and foremost Traditional Ruler in Ebiraland.

The late Obobanyi was an advocate of the people, a peacemaker, a resolute and articulate crusader, and a man of his words who has contributed a lot to the peace and progress of his people and Ihima in general.

He added that the vacuum that would be created by Obobanyi’s transition to Glory would take a long time to fill as his profound affection to his people and others alike, would surely be missed by all.

He prayed God in his infinite mercy repose the soul of the late Obobanyi and as well grant the bereaved family the fortitude to bear the great loss.

Why Ladies Should Be Passionate About Skin Care – Skin Therapist, Ife Salam