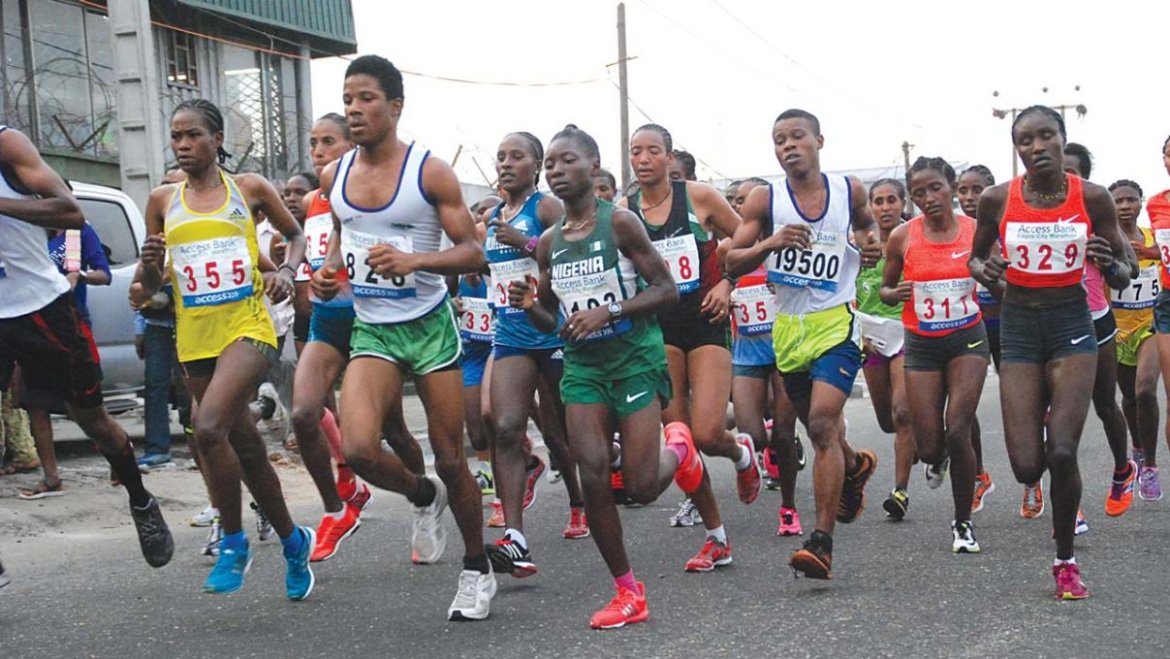 The News Agency of Nigeria (NAN) reports that the officials were defenceless at the Palmgroove end of the race along Ikorodu road, where they were stationed to hand over drinks to the marathoners.

The hoodlums from the area overpowered the officials on duty and forced them to part with all the drinks on the stand at the point close to the Plamgroove Bus Rapid Transport (BRT) station.

The Head of the Seven Up Bottling Company (SBC) team, who identified herself as Kike, said the hoodlums carted away about 500 cartons of drinks meant for the marathoners, while the police refused to help them.

“The hoodlums took all our products packs, about 500, meant for the marathoners.

“I asked for help from the policemen around when the hoodlums were approaching but they said that we should share the products.

“So, when I could not succeed in persuading them, we stepped back.

“The hoodlums were coming to carry the products in packs, so I said that we should be giving them only one since the policemen said that they won’t be able to chase anybody away.

“Before I knew it, my colleague stationed at the Teslim Balogun Stadium came with the same report that the hoodlums had attacked them,’’ she told NAN.

“We don’t have an idea that the police won’t protect us; they just told us that they are not here for Seven Up.

“So, instead of allowing the hoodlums to steal our tents and destroy everything, we allowed them to go away with the products while we secure our assets.’’

Kike said that the situation would have been brought under control if the policemen had chased away the hoodlums, adding that instead the policemen encouraged them to besiege us.

“It was even the policemen on ground that asked me to settle the hoodlums that they are about to leave the point.

“I told them to give me some minutes so that we sort our things out and also call for vehicle to move us away from the trouble spot, but instead, this is what we got,’’ she said.

The policemen on duty, however, debunked the claims of the Seven Up officials, saying that no officer could have given such order to share the drinks.