How 40 Prominent Nigerians Died In The Last 3 Months 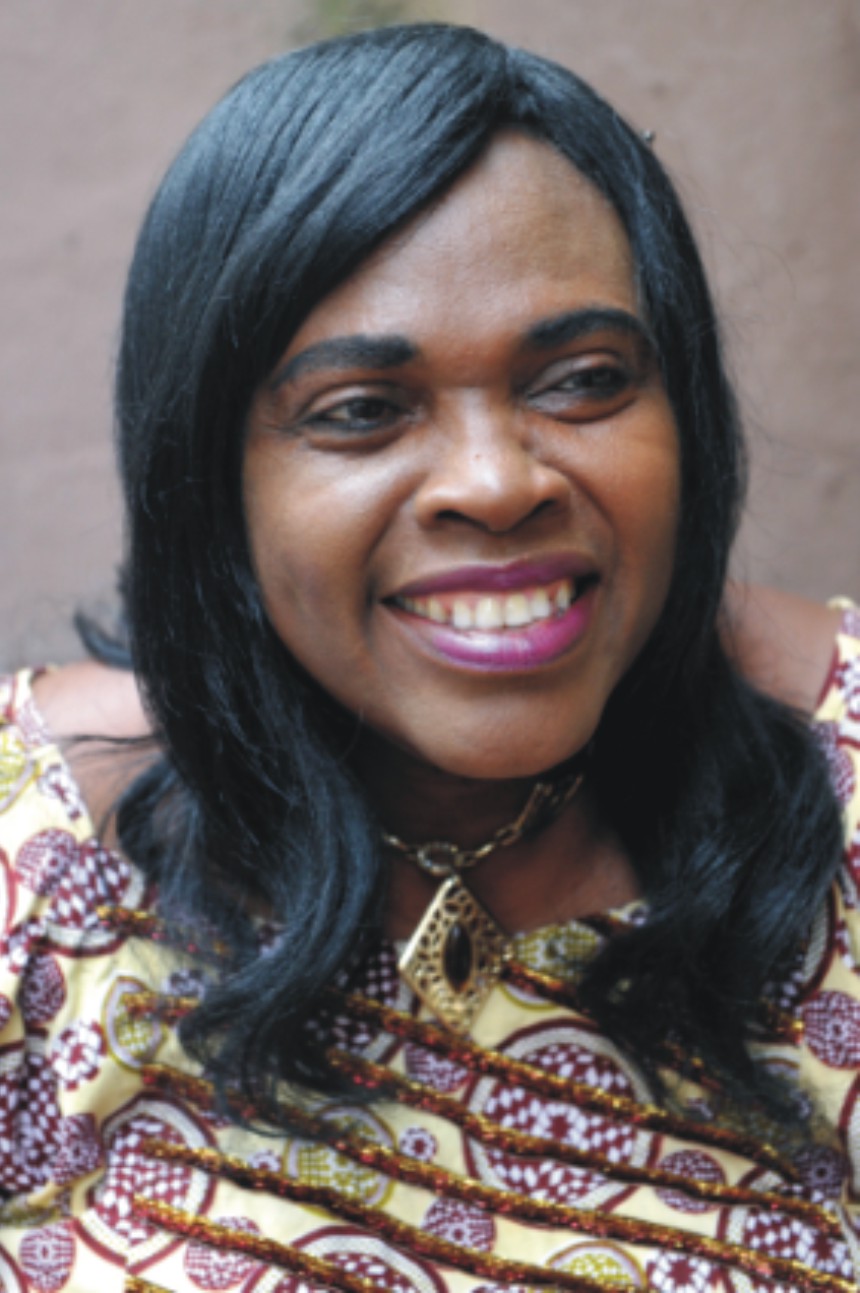 2020 is a year where many anticipated different things in all the spheres of their lives but since the outbreak of the pandemic disease, COVID-19, many hopes have been shattered. It has also affected the well being of many people as some who have had to manage their different ailments were at the verge of not getting access to standard health care because of the scare of corona virus. This has resulted in many deaths, too many in the last 6 months as some celebrities have bade good bye to the world due this infection while some died to natural death or due to one other ailment or the other. Below are some of the prominent people Nigeria has lost in the last 6 months.

The former Dangote group secretary and society matriach,Chioma Madubuko died few days ago. While alive, she shouldered a rare and inspiring womanhood stepping up to motivate and lift the spirits of many women in the corporate world, which makes her unforgettable to her friends, business associates and family. She passed on at Reddington Hospital, Lagos, after a long battle with multiple sclerosis. Until her death, she remained an inspirational figure to generations of African women and this is attributable to her sterling character and exploits across various fields in her lifetime.Chioma resigned from the services of Dangote Company in January, 2020, where she served meritoriously for about 12years.

She died few weeks after a big birthday celebration for her grandson. What about President Buhari’s close aide?

On April 18, President Muhammadu Buhari announced that his chief of staff, Abba Kyari, died from COVID-19 on the previous day. Kyari had played the central, technocratic role in the functioning of the office of the presidency. Kyari died after a month-long long struggle with COVID-19. It was reported that he contracted the disease during a trip to Germany. At sixty-seven, he appeared healthy, and during the early stages of his hospitalization he was reported to be cheerful and optimistic. However, since his death, reference has appeared in the media to the presence of “underlying health issues,” sometimes identified as diabetes.

The Founder of First Foundation Medical Centre, a Lagos-based indigenous medical company, Dr Tosin Ajayi, also died. Ajayi, who trained as a medical doctor at the prestigious University College Hospital, UCH, Ibadan, passed on in Lagos. It was gathered that the late medical practitioner, who also founded the Africa Future, has been down for sometime. Few days ago, the chairman of Agbado Oke Odo Local Government Augustine Adeoye Arogundade died in Lagos. He was said to have died after a brief illness.

On this list is APC national leader, Tinubu’s chief security officer Lateef Raheem who also died of COVID-19 complications.Raheem passed away on Friday, April 25, and has since been buried in accordance with Muslim rites.The CSO who died at the age of 51 suffered from diabetes and high blood pressure.

Maikanti Baru, the former group managing director of the NNPC also died late Friday night in yet undisclosed location and of undisclosed ailments. He was 60. His death was announced by his NNPC boss, Kele Myari. The Management of the Niger Delta Development Commission also revealed its late Executive Director, Finance and Administration, Ibanga Etang, died of COVID-19.

Willy Anumudu, one of Nigeria’s biggest and foremost car dealer, who is also the owner of Globe Motors also died. Anumudu was said to have health issues. He was due to travel to Germany for treatment and unfortunately died few weeks back. Globacom PR head and former journalist, Andrew Okeleke also lost his wife, Mrs. Grace Okeleke. She was hit by a Lagos BRT bus.The deceased was said to be crossing the road after being dropped off by her driver just after Agric bus stop, inward Ketu, where there was no pedestrian bridge when she was hit by the BRT bus. She died on the spot before she could be taken to hospital.The late Okeleke, a business woman, hailed from Issele-Mkpitime, Aniocha North Local Government Area of Delta State. She was, until her demise, a top women leader of her town’s women group in Lagos as well as a minister with the Redeemed Christian Church of God (RCCG), Grace Hall Parish, Ikorodu.

Nasarawa State also confirmed that one of the members of the State House of Assembly (NSHA), Suleiman Adamu died due to coronavirus. It was said while addressing the press in Lafia that, “The deceased was admitted at Federal Medical Center, (FMC) Keffi, he had a symptom of coronavirus, his sample was taken but before it was out, he died and was buried. His result came out positive.Chris Olakpe, former Chief Executive Officer, Lagos State Traffic Management Authority, LASTMA, is dead.He reportedly died 3 Sunday’s back at the age of 65. Olakpe was a retired Assistant Inspector General of Police. The society scene also missed Yeyeoge of Onigbongbo land, Yeye Yemisi Akintola. The Lagos society woman bided the earth farewell in April after a brief illness a few months to her 60th birthday. The late Yeye Oge was also a businesswoman in her lifetime who runs a big printing company consulting for governments and corporate organizations.

Dubai, Arab Emirates based Nigerian born businessman, Otunba Tokunbo Kuku, socialite and philanthropist has died. The gentle man passed on, on Easter Sunday.He is the owner of the popular Sharp Corners hotels in Lagos.

Bayelsa big boy, Keneibi Okoko’s death hit everyone in Bayelsa like a force because Late Keneibi was a well loved fellow amongst his many friends and family. The 42-year- old businessman, politician and philanthropist died in a Lagos hospital after a failed surgery. He died on April 15th. Keniebi, was the filthy rich godson of former President Goodluck Ebere Jonathan. Victor Ikwuemesi, the Chairman of the defunct Sosoliso Airline died few weeks back in London, United Kingdom few days after he was diagnosed for coronavirus pandemic. He was a foremost Chartered Accountant and Entrepreneur. Evelyn Murray-Bruce, wife of Ben Murray-Bruce, entertainment entrepreneur and former senator representing Bayelsa East, also died.. Her husband, Bruce, who announced her demise on Friday, said she died of cancer.

The Elegushi Royal Family also announced the death of Chief Muritala Adedoyin Elegushi.The deceased was the Alaawe of Ikate Kingdom.He died peacefully in his sleep in the early hours of Tuesday, 26th May 2020. He was aged 74 years old.

A traditional and community leader, Elegushi is survived by wives, children, grand children and an extended royal family.

Former Health Minister, Halihu Alhasan at 66 also died.Alhassan, who was until his demise, the Chairman, Governing Board, Health Services Management Board, Sokoto State, reportedly died few weeks ago in Sokoto.

Nigeria’s first female federal permanent secretary, Francesca Emanuel, also died at the age of 86. Sources revealed that Mrs. Emanuel died on Tuesday night of natural causes. She was an accomplished public civil servant, administrator, singer, poet, actress as well as a distinguished woman of the arts.

The Emir of Kaura Namoda, Ahmad Mohammad Asha died in the early hours of a Sunday, aged 71.

The death has also been announced of the Jarman of Kano Isa Hashim.

It was gathered that Emir Asha had been battling diabetes and hypertension for some time according to his younger brother Abdulkarim Ahmad Asha.He died at the Yarima Bakura Specialist Hospital where he had been on admission for three days. On the other hand, the death of the Jarman Kano was announced by an aide at the Kano, Emirate Council, Tijani Sarki.

The death of the two frontline Northern Chiefs comes 24 hours after the death of the Emir of Rano, Tafida Abubakar Ila, one of the four emirs appointed recently by Governor Abdullahi Ganduje.The late Jarman had been a lecturer at the Bayero University Kano and succeeded the late owner of Kabo Air Adamu Dankabo. The deaths adds to a list of high-profile citizens who have passed on recently. The Commissioner for Environment in Abia, Dr Solomon Ogunji also died. The state’s Commissioner for Information, Chief John Okiyi-Kalu, confirmed the development in a statement issued in Umuahia few days back.

Okiyi-Kalu stated that Ogunji died on Saturday “after a brief illness, relating to high blood pressure” at the Abia State University Teaching Hospital in Aba. The first former Governor of the old Ondo State, Bamidele Olumilua, also died at the age of 80.Mr Olumilua is also the father of Ekiti State Commissioner for Information and Values Orientation, Muyiwa Olumilua who confirmed his father’s death, in Ado Ekiti, said that the former governor died in the early hours of Thursday,4th June.It was also reported that Mr Olumilua had been battling some illnesses, associated with old age, before his eventual death. A practicing medical doctor also died at the isolation ward, after contracting COVID-19 from a patient he had been managing in a private hospital.The deceased, Doctor Chugbo Emeka becomes the first health worker in Nigeria to die from the deadly coronavirus.

How 40 Prominent Nigerians Died In The Last 3 Months was last modified: June 10th, 2020 by Tayo Oyediji