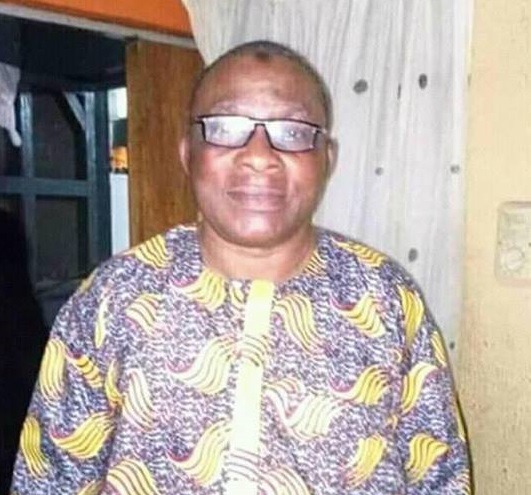 Mariam Kawojue, wife of the late retired Lagos Television (LTV) broadcaster, Toyin Kawojue, 62, who died on April 6 and was buried the next day, said her husband died from a partial stroke.

Kawojue, a native of Epe in Lagos State, started his broadcasting career at a young age before retiring and later anchored a Radio Lagos programme, “Epe Lawa” as a freelancer before he died.

The wife told the News Agency of Nigeria (NAN) that her husband’s death shocked her because the sickness that killed him did not last up to two weeks.

“He had partial stroke and was taken to hospital where the doctor prescribed drugs for him to use; yesterday he suddenly passed unto eternity.

“My husband was still looking healthy and sound and never believed he would die so sudden.

“At about 9:00pm he shouted out loud while sleeping saying, ‘leave me alone, leave me alone,’ and after a short while, he died,” she said amidst tears.

A Lagos state lawmaker, Mr. Abiodun Tobun, described Kawojue as a well experienced and knowledgeable man, adding that he was a foremost Master of Ceremony (M.C.) in Epe area.

“Kawojue will be missed by all in Epe Division because he always put his deep knowledge and understanding of journalism at the disposal of people.

“I am deeply saddened by the death of the retired broadcaster. But as a believer, we must take every occurrence as the will of God.

“I condole with his immediate family, the Muslim community and Epe Division,” Tobun said.

Also, the Chairman of Epe Local Government Area, Mr Adedoyin Adesanya, expressed sadness over the broadcaster’s demise and urged the people of the area to emulate his exemplary life.

“He will be remembered for his boldness, courageous stance and wealth of knowledge which marked him out in the present day Nigerian media,” he said.

Dele Ibrahim, a lawyer said he was saddened by Kawojue’s death because he was a fan of Epe Lawa” radio show which he presented every Thursday.

“I did not expect him to leave us so soon. I will miss him and his wealth of broadcasting knowledge greatly.

“He was well known in the media industry as an intelligent and courageous man,” he said