How DAVIDO Changed My Life In One Night – Dremo 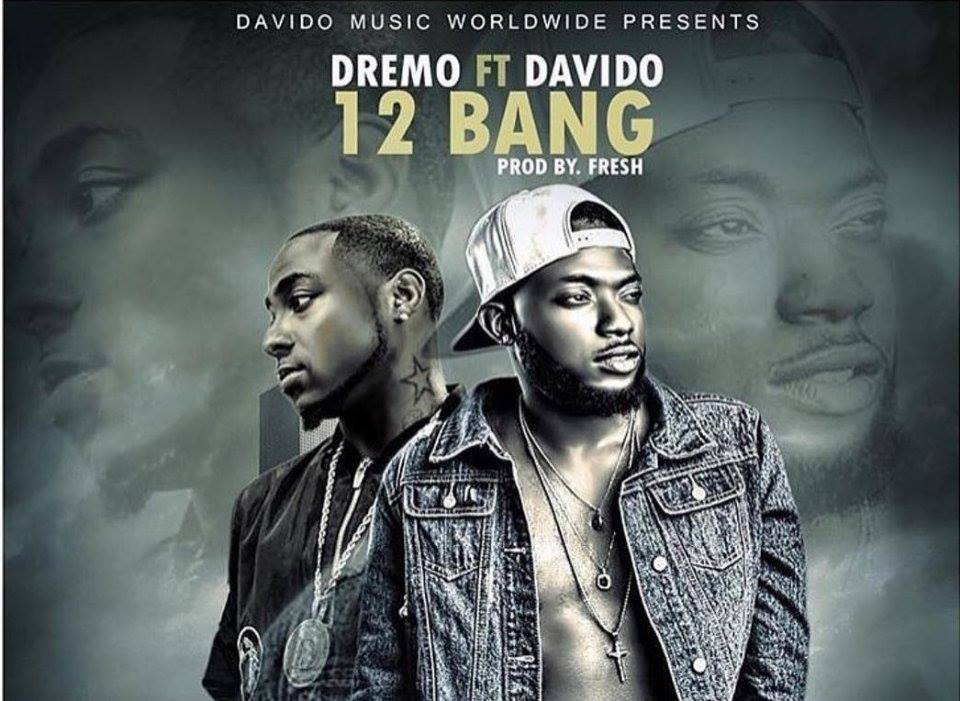 Born Aboriomoh Femi Raymond but better known as Dremo, this youngman is a producer, song writer and rapper signed to DMW. He got signed to the label on the 5th of April, 2016. He started recording at the age of 12 and signed a debut recording deal 4 years ago with A.P.P.E music entertainment.

The young was born on 26th of August 1993, in Edo State, Southern part of Nigeria but later moved to Ibadan in Oyo State. singing, he also produces and writes. He has been able to achieve a lot in just when he got signed to DMW.

Right now in Nigeria he is one of the best and sought after rappers. Dremo’s music is a unique fusion of and with the blend of urban tunes. He recently had a chat with City People Entertainment Reporter PRECIOUS POMAA and he talked about his journey and how his life changed in one night.

My name is Aboriomoh Femi Raymond, I am a songwriter, producer, and rapper. I was born on the 26th of August 1993.

How did you come about the name Dremo?

It’s actually a long story, but not that long though. Dremo has a meaning behind it. It was given to me by my brother and it means “dropping raps enables my originality.

How and when did you start music professionally?

I started music professionally when I got signed to my first record label APPE Gang in 2013. I was in the studio for a year and a half. I wasn’t going anywhere. I was just in the studio trying to get my stuff together.

How and when did you meet Davido?

Well, how I met Davido, I won’t say it was me being lucky, I will say I think it was me just being blessed. The first time I met Davido was a week before I got signed into DMW. Apparently, I was in Ibadan trying to hustle my way to Lagos to make it big. I had this friend; I still have him though, big shouts out to Banko, right now he is the president of DMW basically. I had been telling him to try getting Davido to do a song with me.

He was like I should chill that one day it will come through. So I was in my room, I can remember vividly, I just got back from Lagos from one hustle, then a call came in from Banko. He told me to come to Lagos. So I went to Lagos. I met , excited; you know I am still a fan. I was very star struck.

We all went out that night to have drinks then came back home. Others went to sleep but wasn’t sleeping. So I went to the studio where his laptop was. Usually, they said he doesn’t let anyone touch his laptop but when I got there it was opened and since I couldn’t sleep, I was like what can I do?

I then saw a picture of Fela on the wall, so I was like why can’t I do something about Fela. At that time the song in vogue was ‘Panda’ by Designer, so I just downloaded the instrumental, then I started writing something about Fela. I started with the first verse and hook and I think the music got Davido’s attention because he came back to the studio. He liked the song and he told me to complete it and return his laptop back to him. Afterward, I went back to the mainland because that was where my money could sustain me.

The next day, I got a call from Banko, he said someone wants to talk to you (he mimics Davido’s voice) “hello, you are getting signed tomorrow”. I was too excited. I thought it was April Fool because that day was April first. That’s how I got signed by David.

That’s the night I’m talking about when I received that call from Banko and heard (he mimics Davido’s voice) “Hello, you are getting signed tomorrow” that moment that minute, was when my life changed. I didn’t go back to Ibadan, I didn’t go back the mainland, I started living on the island from that night. I started making music, I started getting shows and people started knowing me not only in Nigeria.

Do you ever see yourself leaving DMW?

What has been the experience so far, in DMW?

So far so good to be honest. We are growing. I feel like every day we grow. DMW, 30 billion gang, Davido, the whole package has been good. Definitely, we have ups and downs but it’s been good. Mehn, we thank God.

What’s your relationship with DMW team members, compared to the other teams out there how would you say DMW is doing?

We are a family. I see them as my brothers, we check on each other as a real family would do. I have known Ichaba and Fresh from way back but I just met Mayorkun, Peruzzi, and Yonda but it feels like I’ve known them from way back.

You’ve released quite a couple of tracks. Which of your songs do you like most?

It might be ‘Kpa’, it was the first commercial song that really did well. My DM even changed! Some nice girls started messaging me because of ‘Kpa’. Most of the time ‘Kpa’ just pops in my head.

You dropped your first official EP last year, what inspired it and what has been the feedback so far?

My fans inspired it, there was a time I wasn’t dropping music like that. I was just doing features and working on myself because I wasn’t feeling the vibe. So, I went to America and that’s when I decided I was going to drop an EP. I decided to stop starving my fans and give them nine songs. So, I recorded the first track “Nobody” which sounded like an introduction to an EP.  Basically, it was my fans, and so far it’s been a great success. I have two songs that are really popping from the EP which is “Kpa” and “Bigger meat”.

Are you in any relationship?

I’m still looking. I think she’s still is a call away. I haven’t seen any yet.

To be honest, before I used to like them skinny body, skinny waist, and bigger meat. But right now I’m more into brains. What are you bringing to the table? What do you have to offer? Do you have ideas that can better my life and vice versa? But all in all, I like a bigger below. Although I don’t mind a big front, bigger meat only.

Who are your influences musically?

I have like four, but number one is Davido. Not because he signed me; it is because I know him personally. He has the spirit of a leader; he doesn’t just care about himself, his team, or his family members. He cares about random things. David can care about someone who is outside his gate singing or sitting, he can just send someone to give him 100 dollars. I love his heart; his good heart.

Another person is Olamide, reasons because he started from nothing to where he is today, big shout to him. Burna Boy, I just like his lifestyle and his music. He is so dope, yeah! Simisola’s music is crazy because it tells a story. Every music she does tells a story. Although I can’t sing like her I try to tell a story with my raps. Internationally, Jay Z because he is a businessman and he’s open-minded. 2pac is a legend obviously.

The way I want to leave this music industry is just like the way he did, not that I want to die or something. 2pac laid his legacy and 20 years from now they will still talk about 2pac and that’s what I want. Lastly, Fela, I was watching his documentary again. That man is a strong man. I believe if I combine all these powers, I will be untouchable.

If you were not doing music what else will you be doing?

I decided a long time ago to become an artist, but if I wasn’t doing music, I’ll probably be a businessman trying to run my business, because I love money.

What’s the weirdest thing a fan has done or said to you?

There are a lot of things but the one I really appreciate is for a fan to say they love me. Why will you say you love me when you don’t know me like that? So for them to say that they love me, it means a lot to me. There are other weird things but they are my fans; I don’t want to cast them.

Tell us five things you can’t live without?

I can’t live without, music, God (obviously), food, (I like food) the opposite sex because it’s going to be boring. What are we doing in this life if there are no girls? I don’t want to say this but it’s true. I can’t live without my phone, I can’t, because I have tried it- I tried to stay away from my phone for two days but it didn’t work.

Where would you be in few year from now?

In the end, God’s plan, but right now what I am planning is to drop another EP next year. It’s going to be crazy, expect lots of surprises because I’ll be building it around a concept. I’ll also be playing most of my shows next year, dropping more videos and singles, more collaboration.  I’d probably venture into some other business, but now it’s on a low. So I just hope God keeps us, so we can fulfill our dreams.

What do you have to say to the ones still trying to get there?

Absolute passion powers everything”. As long as you have passion, just keep pushing. Your life will change in one night.

How DAVIDO Changed My Life In One Night – Dremo was last modified: March 24th, 2019 by Reporter