How DJ GAVPOP Hit It BIG In IBADAN 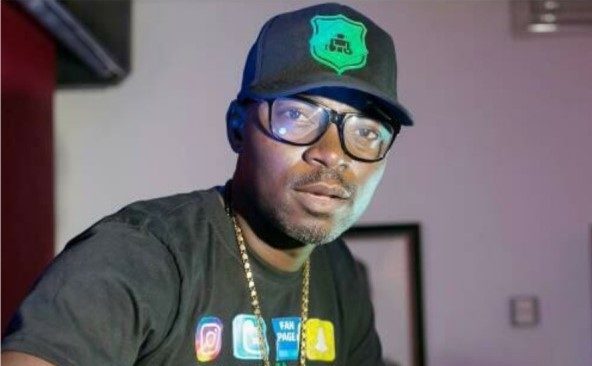 •What He Told City People About His Success Story

The name Gafar Popoola may not ring a bell in Ibadan but at the mentioning of ‘GAVPOP’, people will readily tell you he is a prominent D.J, not only in Ibadan but also across the South West. Through resilience and hard work, Gavpop, as he is popularly known, has been able to carve a niche for himself in the Disc Jockey industry. He is not just a regular D.J, but also an OAP and a presenter. He presents on both Splash and Lagelu F.M radios. As a D.J with over twenty years of experience in the industry, he has produced a good number of EPs, featuring prominent hip acts. In fact, his story is one of the exceptional cases of young men who have, from scratch, built a name for themselves in their various fields. In this interview with City People’s Correspondent, Dare Adeniran, Gavpop opens up on his very beginning and how he made to the top in his chosen career. His background, his life as a D.J and many other interesting things. Read on.

The name Gavpop is becoming a brand in Ibadan’s Disc Jockey industry, how did the D.J thing start for you?

The whole thing started while growing up with my elderly ones at home. They all seemed to like music and I was blending in into the trend too. But it got to a point I developed a kind of strong passion for music even more than those who mentored me. I always loved the way they felt while listening to music, and I was like, why not start to supply them the good music? That was over twenty years ago, and that was exactly how the whole thing started. So, the urge to supply good music and passion are the main results of what I have become today. That was when I also got to know that music, truly, is life. It brings happiness in you and breathes fresh life into your soul.

But why Disc Jockey out of all the professions out there, what was the reaction of your parents and your elderly ones when they realised that was what you wanted to do?

Of course, their reaction was somehow in the beginning, that is natural. For a guy who was studying Banking & Finance at the polytechnic to say he wants to be going to parties, playing music, it was expected of them. But no amount of talking couldn’t have stopped me from doing what I have decided to do; not even my studies. When they realized how deep I had gone into it, they had no choice than to support and bless it for me. But on the condition that it must never distract me from my studies. I could remember my mom’s favourite saying then, “always remember the child of whom you are”. It was like an anthem in our house then. But in all, thank God for what we are today.

Let me also add that I didn’t rely on self-training alone, I started by going from one studio to the other, learning how it is being done. After a while I fully joined a team, it wasn’t a former arrangement though, but like an Academy

Here in Ibadan. It was through my friends and all. People like D.J Exodus, D.J AY, D.J Scratch etc put me through the rudiment of the job.

What was the experience like on your first job as a DJ?

Terrible. There was this man that invited me to his party as a D.J, it was a house party. I played a particular song, it was a popular song back then. The next I saw was that the man walked up to me and said, “can’t you see that there are lots of children here, and you are playing all these dirty songs. You are not a good D.J, just pack your things and leave. I was so embarrassed. Then, i didn’t have the experience that some songs must not be played in some gathering.

What was your big break as a DJ?

I would say the day I was paid the sum of fifteen thousand naira to perform at an event. It was like magic to me because I never thought the D.J job could have fetched me such amount of money as a student. You know when we started, we were doing it for the love of it and the passion we have for the job. And you know #15,000 back then is like #150,000 now.

Has ever been a time you felt like leaving the job since you started as a DJ?

So many. But there was this particular incident that really got me frustrated. It was a friend’s birthday gig. So, I was there as a D.J and a guest. But unfortunately, after an hour into an even of about 8 hours, I started feeling pains all over my body. It got to a point that I had to sit down to perform as D.J. Even when I was ready to leave the place, the cabman that was supposed to take me and the rented instruments didn’t show up. Everything just went wrong on that day. I was like, Guy, are you ready for all these?

Which was the most embarrassing moment for you on the job?

There was an incident at an event like that. I played one of the popular songs then, and not up to two minutes after, a lady came to me that I should stop playing rubbish and play her the same song I played not quite long ago. It turned out to be a kind of issue because the lady was not ready to listen to my explanation at all. She just stood by my side that, I must play the song, so much that she was pulling my shirt and holding my hands from the mixer. It was embarrassing too, but it is one of those things.

What is the craziest thing fan has ever done to you on the wheel of steel?

There are also many incidents. You know when you are in this kind of business of ours, you must be prepared for all kinds of things. There was a day I was playing at a night club, a lady came up to the stage and started saying many things. “I love the way you mix songs, you dress well, you are a fine boy”, but I thanked her and concentrated on my mixer. Suddenly, I just heard, “I don’t mind having you tonight. The statement didn’t sink well with me, but before I could say Jack Robinson, her boobs were staring at me and she said, ‘don’t you like these things”. I had to apply diplomacy and faked admittance to discharge her that day.

How lucrative is the Disc Jockey business?

It has become a highly lucrative venture now, unlike what we used to have in the past. As the music industry is fast-growing, so also is our sector too. D.Js are now millionaires (laughs). However, the bottom line, like every other sector, is for you to know your onions. You must be creative in whatever you do and the sky will be the starting point for you; It doesn’t matter where you operate from. Though D.Js in Lagos seems to been getting attention more than us in Ibadan. But I tell you, we have many talented D.Js around here too. Those who can compete favourably with their counterparts from anywhere in the world.

What makes a good DJ?

DJs too now have albums, do you have any?

I have more than five EPs (Extended Play). The first one ‘Farabale’ was released in 2015. It featured Lique T, the guy is now in South Africa. I have one I did with T Ice, “DJ Gavpop dance with me’. That was in 2015. Another one was done with Chasis ‘Hands off’. I have another one, ‘Like it”, with the likes of Naughty Fat Fell, 2 Wyze, Jay Rule, C Boy. I also featured LKT in another one called ‘This Love’. The latest one, ‘Jeje’, was with Oyinkanade. We are about to release the video now.

How does it make you feel being a famous DJ and a brand name in the industry?

It makes me feel great, but I don’t want to be a local champion. That is why I strive to be the best every day. To explore every opportunity the industry can offer, and be better for it. The dream is to make a great mark as far as the industry is concerned. I make sure I do things differently from the norms.

If you are not a DJ, what would you have been?

I would have been a businessman. I love buying and selling. In fact, I still do that by the side. I sell stuff like shoes, jeans, belt and wristwatches. That was where I made money to set myself up as a DJ.

From which of your parents did you cut the business acumen from?

It was from my mom. She is a businesswoman while my dad is a retired civil servant.

Tell us about yourself and background?

I am from Oyo State, Ibadan precisely. I was born and bred at Oja’ba, Burnfoto area of Ibadan. I attended St. John Anglican Primary School and Community Grammar School, Kudeti, Ibadan. I proceeded to the Polytechnic, Ibadan, where I studied Financial Studies for my National Diploma (ND). I did my Higher National Diploma (HND) in the same school. I studied Banking and Finance. My Youth Corps service was in Osun State in 2007.

What is your selling point as a DJ?

Excellent human relations. I deal with people the way it should be done. I have good equipment, and I always try to develop myself on the job. Those are the secrets of my success.

Who are your mentors in the industry?

In Nigeria, I respect DJ Jimmy Jatt. But outside the country, I love Qubess, DJ Jesse Jeff, DJ Scratch. I draw my inspiration from these D.Js. They have come a long way and they are still doing very fine.

How did your on-air experience evolve?

How DJ GAVPOP Hit It BIG In IBADAN was last modified: September 30th, 2019 by Dare Adeniran

Why I Am Yet To Remarry – LIBERATION City Pastor, CHRIS OKAFOR