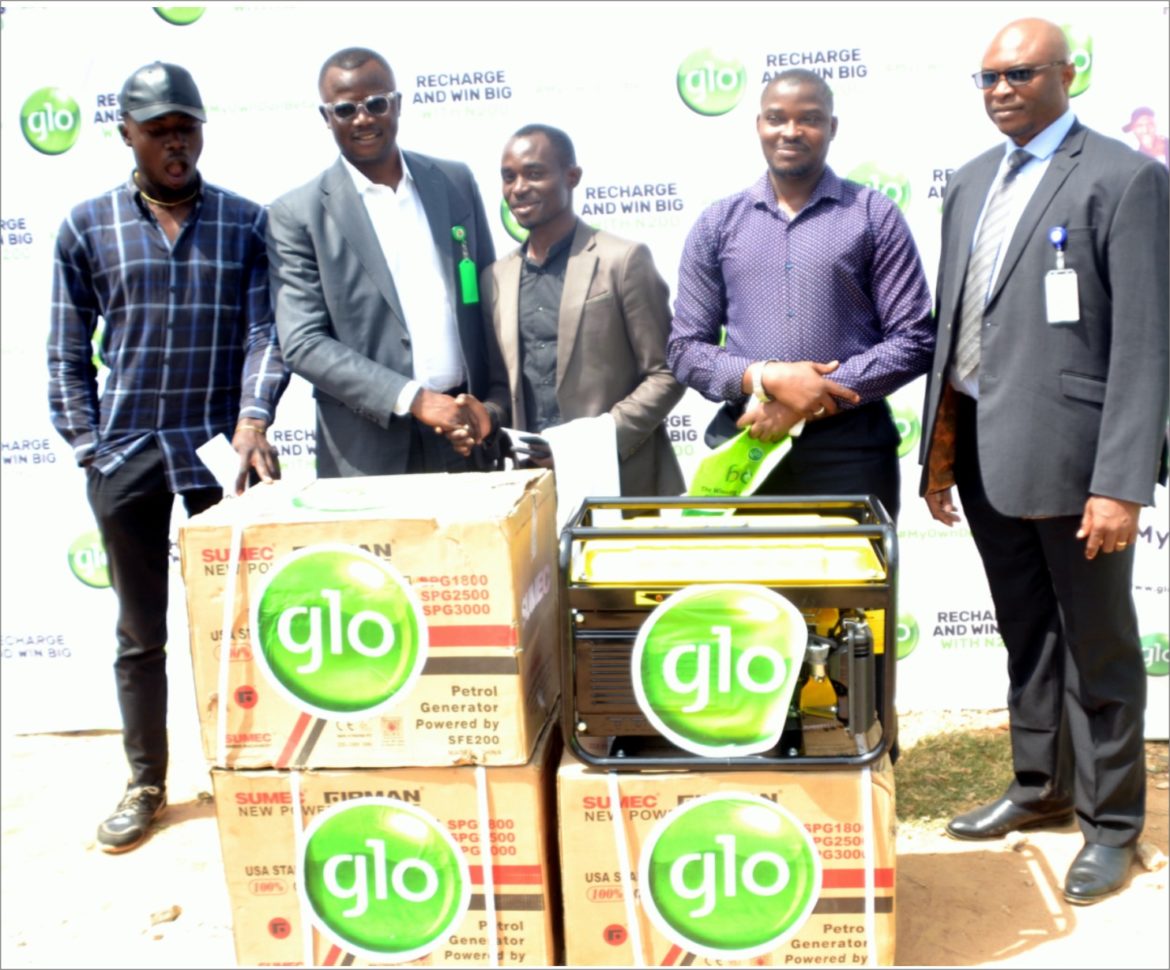 Residents of FCT/ADP in Gwagwalada last  Friday lived out the communal value of making the success of one person to be the success of all.  Up till the 80’s, we grew up to hear our parents calling the child of Mr. X, our child. Then, they believed that no parent can completely boast of training their own child independent of other community dwellers. Every child is everybody’s child. Or, so it seems. Likewise, when a man acquires a unique property, they celebrate such success as if they all contributed to acquiring such property. They eschewed envy in the way they lived; there was no animosity. One person’s success remains the success of all.

That is why the success of Mr. Ubon Anietie, a civil servant with Agric Development Project (ADP), in the Globacom Recharge and Win Big promo, otherwise known as My Own Don Beta, became the success of the residents of FCT/ADP Autonomous community in Gwagwalada, an outskirt of the Federal Capital Territory, Abuja. ADP is a federal government concern, where Mr. Anietie is a Zonal Fishery Officer as well as an active leader in the autonomous community.

Even though Anietie is a descent of Ibibio from Akwa Ibom State, the entire FCT/ADP Autonomous community and colleagues in the office showed him solidarity for winning the tricycle. They expressed their joy and gratitude to God for making one of them a lucky winner out of the millions of subscribers on the Glo network. As early as 10am, men and women from different parts of the country – Hausa, Igbo, Yoruba, Ibibio – gathered under the trees that provided cover from the scorching sun at the entrance of the ADP office where Anietie works to welcome him. As soon as the Glo team arrived the venue at Gwagwalada market which is directly opposite ADP office, they spared no time to identify with him  as they sang and danced under the scorching heat measuring 34 degrees centigrade.

According to Danmasani 1 of FCT/ADP autonomous community, Chief Bulous Garuba, “we thank Glo for what Glo has done for one of us. We appreciate Glo and pray this continues throughout Nigeria as it will help to uplift the people.”

Barrister Etim Otu, a practising Lawyer and Law Lecturer at Nile University in Jabi, said he was highly elated when he heard that his own “brother” won in this promo.  According to him, “since my return to Nigeria, I have not witnessed this kind of event. It is rare among us to see an indigenous company giving out items that can empower the people to generate income.  This is an investment. It is ploughing back what you have gotten and investing such for a greater harvest. This event will attract more customers to Glo, and it has brought Glo closer to the people.”

Otu said that he has been converted to advertise and promote Glo network. “As I am standing now, I am recruiting more than 100 students to go and register Glo line. I have started advertising for Glo without them knowing.”

Justina Ogumelen, a family friend and colleague of Anietie at ADP said: “we have been expecting Glo to deliver the Keke since we heard that he won. So, we are gathered here outside the gate to receive the gift. Now that it is here, we are super excited.”  Like some other winners who had doubted the veracity of the promo,  Ogumelen admitted: “to us, it was not real . That’s why we came very early to see if it is for real after he told us. Now, we can confirm.”

The star prize winner confirmed his colleagues’ fears.  ”I am so excited. It is something beyond human imagination, because people think it was fake.  That is why my colleagues in the office have been waiting for Glo to bring the tricycle to the office.”

However, in spite of his joy in the community for the tricycle, they may not have the opportunity of riding on it after that day. Anietie confirmed that it will be used to “serve God and humanity.” “I want to take it to Akwa Ibom for my mother. As a church leader in her catholic church, she will use it to go to meetings in her church for the first three months. After that, I will convert it to commercial,” he said declared.

Anietie is not the only winner that picked his prize at Gwagwalada on that day. Nineteen-year old Abdulmujeed Mohammed, a music artiste who lives in Suleja, Niger State, also picked his prize at the event. He expressed surprise at the first call, but became confident that it was Glo line that repeatedly called him. He said that “he was very happy and excited over the prize” which he will bequeath to his younger sister who is currently an apprentice tailor.

For Esther Irri, Fashion Designer in Gwagwalada, providence played a good one on her. She is one of those people who have faith in the promo, and her faith has made her rich. Hear her: “I won an industrial sewing machine and I am very happy about it. I have been planning to buy a sewing machine for my fashion business since 2018. I was in fashion designing before I got my present job. I can now go back and start fully since I now have a sewing machine to work with. Like I always tell my friends, the Glo promo is real. I urge Nigerians to stay on the Glo network”, Esther preached.

An entrepreneur resident in Lugbe, Abuja, Miss Enitan Adesigbin, who won grinding machine said that the prize is “an added avenue to diversify my income as I will give it to somebody to work for me.” Another grinding machine winner, Sampson Thomas, a security officer with a company in Nassarawa, said that “this will bring more money into my household. I will give it to my wife who is selling provisions.” Similarly, Abubakar Musa, a builder and indigene of Abuja living in Gwagwalada, won a generating set. “I feel happy about this. I am rejoicing over it. This will add value to my family’s life as there is no constant light in my area,” Musa retorted with smile radiating his oval face.

Globacom had on Monday presented prizes to some winners at Gariki Model Market, Abuja. One of them is Ainetor Mary, a retired Civil Servant with Land and Housing but currently involved in petty trading. She has every reason to thank God as her prize of sewing machine would save her some finances should would have spent in supporting her sister. “I won industrial sewing machine. I will give it to my sister who is a fashion designer. I was thinking of buying a machine for her until this luck,” she said.

“My message to Glo is that they would go from height to height. Amen! I am grateful for all they have done. When I was called, I thought it was a scam. Even my children were skeptical but I said I would go because I did not call myself. What I want to tell Nigerians is that we should always try what we see in adverts because everything is not scam. We should not be doubting Thomas in everything we see,” she explained.

Saeed Mohammed, popularly called ‘Funky Mallam’, a Glo brand Influencer, advised Nigerians to “patronize Glo as it is their own company”, saying that promoting Glo is akin to showing patriotism.

He stated that the promo was conceived not only to celebrate its customers for their loyalty to Globacom, but also to empower the winners with items that will enable those who are unemployed to start a business and earn a living or help augment the source of income for those who are currently employed.

“Today’s event is all about keeping our word and delivering what we promised and that is what Globacom stands for. We have presented prizes to all the winners who have so far emerged across the country”, Kaka explained. Apart from keeping its words, Globacom has lived up to its value of creating possibilities for the general masses of the country.

How GLO Creates Possibilities For Nigerians Through My Own Don Beta Promo was last modified: February 24th, 2020 by City People