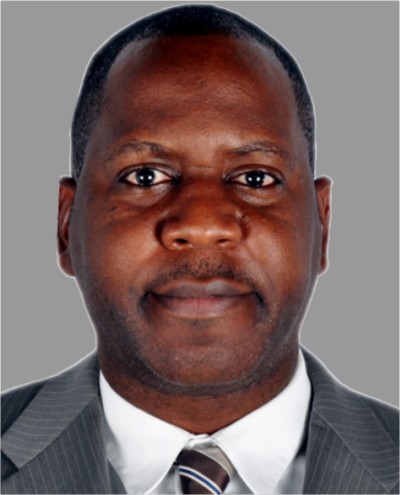 Until a few weeks ago, ESV Olurogba Orimalade was the NIESV Lagos State Branch Chairman NIESV (means The Nigerian Institution of Estate Surveyors & Valuers). He recently spoke to City People on how the new Lagos State Governor can resolve the Lagos Housing Challenge. Below are excerpts of the interview.

What advice do you have for Gov. Sanwo-Olu in Lagos concerning Housing?

We have raised the issue of Consent fees that are being charged to even put up a bungalow. It is extremely high. We feel that focus should be on numbers (quantity) rather than killing the few briefs that come in for government approval. Governors consent fees can be tripled if you consider reducing the fees.

We will never get out of our Housing Challenge if we don’t create as many Titles as possible, because what will make any financial institution give somebody a loan, is if you have a genuine title. So, in Lagos right now, we are having a few numbers of people getting their consent, it means that let the biggest financial players come in and say that they are giving us single digit loans. We are not going to do much, because you cannot give loan on a title that is not registered. So you can imagine the predicament that we are in, so we feel all across the board, the taxes around land regularisation, land documentation, consent fees should be drastically reduced. We have sent a technical paper among the best brains in the institution that we put together under my watch, during the heat of the land use charge. We all know what happened at the period when the land use charge was reviewed.

What we said was very simple. Bring more people into the tax net. The numbers you are presenting as those that you are charging Land Use is not up to the total number of housing units in Lekki Phase 1. There is a problem. We are aware that there was a program that was started 2 years ago that has to do with Enumeration and data collection by our members. To cover all the local governments, we want to encourage the government that, the process should be completed. I’m aware that the process wasn’t completed when that process is completed, you are able to have full data of all if not close to 90% of all the housing units and stock. All the data that we are throwing about are not correct, this is the first time we are close to getting verifiable data. We are not just going to have the housing stock, we would have done the analysis because that is part of the assignment of each unit. And that goes for planning. That will help the state in planning transportation, congestion, refuse disposal. They’ll be able to get clear analysis of what you need to plan for in the next 5 years. So what we are saying is that government should focus on this, ensuring that the program is not stopped, it must be completed. The government should focus on people that are not in the tax net.

Let me break certain things down. What is the Land Use Charge? What is the composition of the Land-use charge? People mention Land use charge to make it look as if it’s one tax out of the world. Land use charge is a combination of 3 taxes. Capital development levy; Ground rent, and Tenement rate. Very simple. Forget about the legalese of whether the government has the right to put them together.

It is the only accepted norm now, that is the tax of the day and people have been paying it. And yes, some people are in court. But let’s leave that aside. What we are saying is that these 3-taxes that we brought together, there are different methods that you can use to arrive at each one and there are different people that are liable to pay these taxes, which is not what is being done now. Tenement rate by the name is the tax that is paid by the occupier, not the owner of the property. So if you have a property that is vacant, you shouldn’t pay tenement rate. It’s the occupier that pays it. Capital development levy is usually a one-off. That’s when you are taking a property in a new place and you are living there, capital development levy is infrastructure and other things related to it. That is usually a one-off. And if the government wants to make it a yearly thing, then the person can say what they expect from the government. As for ground rent, it is the owner that pays ground rent, ground rent is tied to your title. The owner of the land.

Now, you brought these three taxes together as one, and you are slamming it to the property. No clear distinction, there will be a problem. So our recommendation is for the state to create a demand notice, one column, tenement rate, one column ground rent, one column capital development levy. Each of these ones by virtue of those taxes you are already defining who pays what. So, if you are able to send those notices out and everybody knows, the landlord will see it and know the ones he has to pay. It’s clear and transparent. We have forwarded this to the government. We also suggest that the state should have an evaluation list. Months before you go out to send notice, in the local government, have a post-evaluation list that captures streets, local government, assessment each area and unit, so you can give room for complaints because you have verifiable benchmark.

We have given out all this advice. In a nutshell, let the land use charge be done properly. Focus more on increasing the tax net, the enumeration and data collection program which is being anchored by quite a number of land surveyors, Data collection all over the state should be continued and the researchers be mobilized.

Tony Elumelu said something which I respect so much. He came up to the Chartered Institute of Taxation during one of their programs and he said that the engine room of any economy is the SMEs. The up and coming middle class. Once you kill them, and you strangle them through the multiplicity of taxes, you can never grow as a nation.

And that is something that I think Lagos state, especially should look at. There has to be clarity on these things. Why can’t there be clarity from the ministry of information, stating clearly that these are the taxes; local government this, ward that,..let us all know, because, its killing young businesses. Nobody knows now who is going to pay what. Tomorrow, you will hear that for business premises someone is charging this. The next is saying you should pay that. There is a lot of exploitation. So we feel that the government can focus on these things and not the people you are seeing now. That dragnet, open it wider, bring more people in, building approvals, consent fees, let it be drastically reduced with strategies of bringing more people in.  Let there even be an incentive for people to bring their document of consent. Let there be a tax incentive. There can be a Tax incentive for those that are bringing their Consent. Because as I said, there is a great multiplier effect, but as long as we remain in the numbers we are using, even if father Christmas lands in Nigeria with a mortgage company, with all the billionaires ready to give loans, there will still be a problem. And the Land Use Act, from when I was small I have heard the issue of the Land Use Act, whether we like it or not, that act has to be reviewed. I don’t want to use the word  Expunged. There are lots of arguments back and forth from there. There’s a lot the federal has to do, but I think it has to be done in the state because the state is more close to the people.

This current issue of trying to bring down the high cost of housing, what if the FG can instruct the states to provide a minimum number of housing units?

Again, it boils down to how we take housing. You are totally right, it’s all about leadership. Not too long ago I think the federal government commissioned a Fulani radio. Is that priority?

We have to face reality and the reality is that things are tough in the country. Reality is that every human being, man or woman, has to live under a roof. After you eat, after you cloth, you have to live under a roof. So, as long you are not making effort as a government to find solutions to that, you are going to have restiveness. You are going to get clashes. So, there is no two ways around it. You can set up all the radios you want to set up. You can set up Fulani Radio, you can set up tax force police and what have you, if you are not focusing on the key things that will make a man sit in his house and not shout, and not go out and carry a gun, you are going to be moving round in circles. That’s why I said that we all have to accept what is really key in the economy.

And what can we use in rejuvenating this economy? People have no jobs, housing will bring you jobs across the board. There are no jobs, people are hungry. That’s the truth. If there are 3 or 4 sites around a place you will find, women coming as merchants and are selling cement. People will be busy. Gardeners, everybody is busy.

How can some of the assets that have been abandoned all over the country be turned into profitable use?

You have so many scenarios in that bit. First of all, you can go round Lagos and think that most of the abandoned houses are federal, but you will be shocked that some of them are not federal. Some of them are states. Some of them have been sold and some of them are in court. But they all have federal history. The federal secretariat, for instance, those that know, know that it’s in court. So no matter what you say about that, it’s in court, there’s a dispute between the federal government and the state government. But again, a lot has to do with political will and being able to face reality. What are the issues in Apapa port? Why do we have to break our back over the issue of containers? People have not asked a simple question, what exactly is the problem?

I don’t need a soothsayer to know that if you look around Apapa, that’s where there are some sensitive assets that are owned by the federal government, that on a good day should not be around the port. The state government has a right to using the overriding public interest to revoke any land it wants to revoke. A property that is owned by the federal government, the barracks for example. There are certain things that don’t need to be in certain places. So in terms of assets, utilization, yes, a lot can be done, and we have stretched our hands to let the government know we can help to teach them how the assets can be turned to gold. But you should know there is a story behind every asset that is lying down there.