How Hon. IDRIS WASE Worked For TINUBU’s Victory @ The Primaries 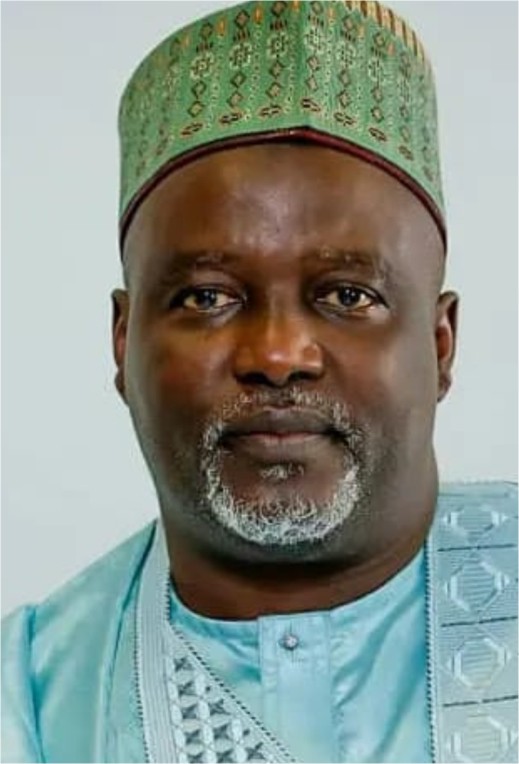 •The Story Of The JOS Lawmaker Revealed!

Many Nigerian political analysts have highlighted the list of the top politicians who played big in the emergence of Asiwaju Bola Ahmed Tinubu as the flag bearer of the All Progressive Congress APC but not many people know that the serving Deputy Speaker of the House of Representative Alhaji Idris Wase was also a key player at during the internal politicking and also at the polling ground at the Eagles Square. The highly distinguished deputy speaker, who is from Wase Federal Constituency of Plateau State, is often in the spotlight for the roles that he plays in the passage of bills. He is eloquent and assertive in stating positions on the floor of the house but he chose a political style that cannot make him predictable.

However credible source has revealed that Hon. Wase was the brain behind Asiwaju’s success in the North-central. Recall that Asiwaju Bola Ahmed Tinubu had some challenges in the north-central trying to persuade the key principal officers in the region to submit to the regional and zoning system. This is the zone where the Kogi governor Yahaya Bello comes from and he insisted that he will not step down for anyone. He maintained his stance until he lost at the floor of the primaries. One can also relate that the serving chairman of the APC chairman Abdulahi Adamu is also from the north-central. Adamu was reported to have announced the President of the Senate Ahmad Lawan as the APC’s consensus candidate against the collective interest and resolution of the majority and at the expense of Asiwaju’s aspiration.

In all of this political drama- Hon Wase was steadfast and held the north-central for Asiwaju Bola Ahmed Tinubu. Despite the intense struggle by the strong forces in the north-central, Wase was able to come through for Asiwaju. Tinubu evidently scooped 80 percent of the votes in the North Central altogether.

Recall that in the 8th Assembly, the death of Umar Jibrin, who was the Deputy Leader of the House, created a vacuum. The House leadership and the caucus of the APC decided to appoint Mr Wase to fill the vacuum as the position was zoned to the North-Central. Prior to that appointment in October 2018, Hon.  Wase chaired the committee on Federal Character. Hon. Wase, who was first elected in 2007, served as Chairman House Committee on Federal Character from 2011 until his appointment as Deputy Leader.

In 2019, he joined the speakership race as part of the North-Central agenda, but later opted to be running mate to the eventual winner, Femi Gbajabiamila and they have since become very close colleagues. The APC Presidential Candidate Asiwaju Bola Ahmed Tinubu also showered encomium on Wase for his contributions to his political ambition of becoming Nigeria’s President and democracy and for being a reliable ally.

He said: “As a Minority Leader, he consults wide and he’s always there to see the thinking of opposition that we must bring a revolution to the house to be able to beat the PDP. “And then, he will brainstorm for any length of time that you want et a lecture about political strategy. Asiwaju also told Wase and Femi Gbajabiamila “you are very good symbols of unity, dependability, and honesty, thank you. Thank you for both of you, you’ve not rocked the boat. I will need to learn from both of you, how you made the pair work because I’m still searching for my Running Mate. This is why some people still believe that Hon. Wase from the north-central may eventually emerge as Asiwaju’s running mate.

The speaker Rt. Hon. Femi Gbajabiamila had also advised Asiwaju to contact him while searching for a most preferable Vice Presidential candidate and from the astounding recommendation given to Wase, he just might be the one that Asiwaju has been searching for; a loyal, die-hard, and dedicated political support system who would hold forth for his principal at all time, without giving in to self-vested interest.

Also, recall that it was Hon Wase who led The Northern Caucus of the House of Representatives to the United Kingdom last year on Nigeria’s 61st  independence anniversary. This was where one of the entourage Hon. Lado Suleja from Niger state was also quoted to have referred to Asiwaju as Mr President during the UK visit.

Ahmed Wase was elected into the lower chamber of the National Assembly in 2007 and is currently serving his fourth term as a member of the House of Representatives, Wase Federal Constituency. He worked in the following committees as a Member House Of Representatives: Federal Character, Environment, Emergency & Disaster, Public Account, Area Council, Housing and Habitat, Capital Market, Poverty Alleviation, Petroleum (Upstream), Justice, Public Petitions and Labour, and Youth and Employment Head of Section.

Details Of This Years OJUDE OBA In IJEBU-ODE