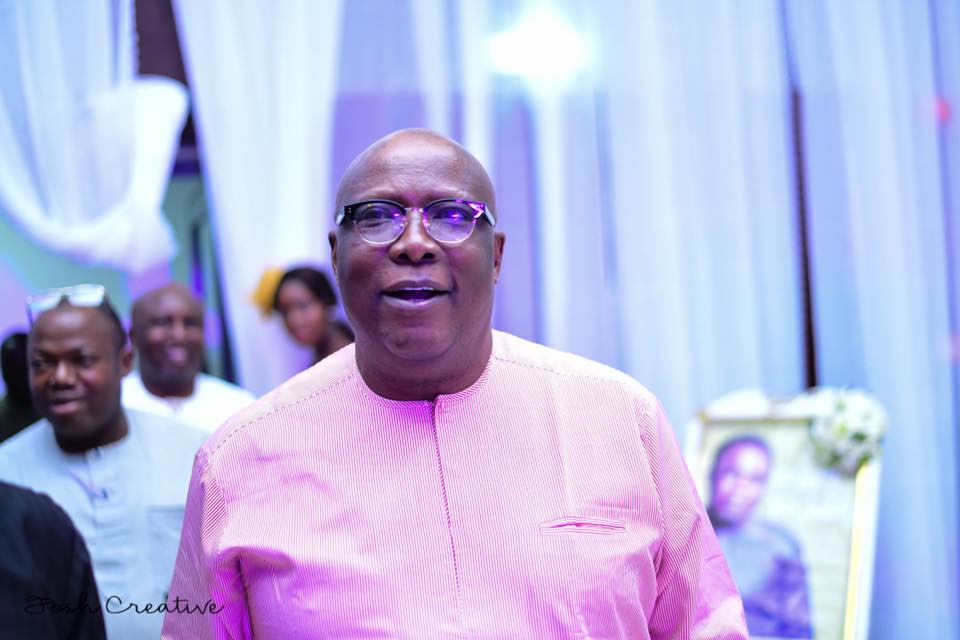 This is Fela’s week. We must continue to thank Femi, Yeni and their siblings as well as the devotees of The Shrine for keeping the memory of our icon alive. What they are doing billions of Naira left by the rich could not do for the departed owner. Which is to say do what is worthy, and not stash up wealth and materials things. All of that will never keep your memory in the minds of the living.

This piece is on a lighter mood, an anecdote to further give us an idea of the free spirit of the man who had death in his pouch and will never die, our own Anikulapo – Kuti. I remember when Fela changed his name from Ransome – Kuti to Anikulapo- Kuti and his elder Brother was asked why he didn’t go with him in the change of name business, his retort was that Fela never discussed it with him. He went further to say “ I am a medical doctor who is trained to stave off death how then can I say I have death in my pouch.” Prof Olikoye had a wry sense of humour and he was a delight to be with particularly when in company of his maverick siblings.

This is not the koko (focus) of this piece.

It is a different matter altogether. Read it and laugh. We all need laughter to ease the tension of these times.

Now you have seen the title of this piece. Don’t start judging me. I can see some of my enemies, old boy many

they are, saying ah amugbo ti e ni. No wonder ki gbo, ki gba ( he a hemp smoker; no wonder he is stubborn). No, I never smoked and will not do although I love the swag of the revolutionary Che Guevara holding the tobacco.

Do try and read this as you follow me on a journey with Abami Eda, Fela Anikulapo – Kuti.

Beko Ransome Kuti and his comrades in trouble, Gani Fawehinmi, Femi Falana,  Baba Omojola and I think that young man then, Mayegun, the one with dada (dreadlocks) hair on his head made a lot of noise in Lagos questioning the authority of Ibrahim Babangida, our then military President.

As I was saying our brothers, (no woman among them), the Beijing Conference had not held then, were arrested and taken to Abuja. Before we could locate them they have been charged with treasonable felony and remanded in Kuje Prison.

Hearing in their case was to come up in a Kuje Magistrate Court some days after to determine if they qualified to be bailed or not.

To cut a long story short and not delay this trip, we the activists, from veterans to rookies mobilized to give support to our comrades in Abuja on the chosen day.

Fela too was not left out. The abami eda hardly left his house except when on foreign tours or had a show in some parts of Nigeria. He offered to be part of the Lagos crowd storming Abuja. It was exciting that he chose to go. There will be drama with his presence and that we reasoned will provide a good copy for the media both local and international.

It was my lot to travel with him and some of his aides as well as three of his numerous wives. Apart from we humans he had with him, there were three pillows and a big piece of home-baked cake. The pillows were meant to support his bum. He suffered then from a chronic case of haemorrhoid. The cake was to be our snack to and fro.

As we set out he regaled us with stories. You cannot but laugh at Fela stories. He said looking back he considers himself stupid for singing “ my darling valentine” at a point in his musical career. He made jest of Beko and his human rights campaigner crowd and said a lot of self-deprecating things.

I didn’t only enjoy stories but guffaw as I helped myself with his my share of his cake. I have never had any cake that delicious. I learnt from him it was called sponge cake. Sponge cake? Iyen tun yato (that is different). The onijekuje (glutton) that I was then, had a fill going to Abuja and returning!

Fela got to Abuja, spread his mat on the floor in front of the court and laid face down while people trooped to see abami himself. It was a rare life opportunity, particularly for northerners who had heard of him but had never seen him live.

Case called. The accused persons to our utter surprise were granted bail. Of course, there had been an outcry in the media and internationally. Bail was a face-saving measure for the then Babangida regime. There was jubilation and back-slapping. Lagos here we come. Abuja was like a no-no for many of us at that time. It was a bourgeois enclave where we reasoned the national wealth was stolen.

We set out. Fella puffed on his Obiaruku jumbo wrap. We became passive smokers.

It was not only that day I have passive smoked Igbo around Fela. If you were a journalist at this period or human rights activist, you have a sit at a special location at the Shrine. Dele Omotunde, that great journalist, now a Redeem Church pastor, Lanre Arogundade, Femi Falana, Chuzi Udenwa, also now a pastor in the US among several others, were devotees of the Shrine and we had our special place then. I once returned home one day at about 4.00 am and had my headlight and my gaze and steps not stable. It took three days of sleeping before I recovered.

On our way back from Abuja to Lagos, I continued sponging on  Fela’s cake. We arrived Akure and decided to refuel and empty our bowels. Chief Fawehinmi visited the bathroom. We almost lost him that night. If you know how spiritedly he walked you will imagine what I am talking about. Not seeing the drainage on his path he slipped into it one leg first and fell hard. We rushed to pull him up. It was scary. We thanked God then he didn’t hit his head on the concrete floor.

We proceeded on our journey to Lagos eating Fela’s sponge as if it was going out of fashion. We arrived Lagos and I left for my home. The following morning I found myself in the heart of Mushin where Beko had his clinic being attended to by Dr Balogun. No one could explain what the matter was with me. I couldn’t decode it neither the doctor could. It was assumed it was exhaustion. And I was placed on intravenous drip.

Later in the evening, Beko came to see me on my sickbed as he resumed his daily consultation at the poor folks’ enclave.

“What is the matter with you”, he asked.

Feeling dizzy, couldn’t stand on my feet and my head spinning, I told him. What did you eat in the morning? Nothing, I said. What of yesterday, he asked? I only had cake, I told him. “You bought it”, he asked. I took from the cake Fela brought along to Abuja, I said.

‘How I ate Fela Kuti’s cake baked with marijuana and landed in a hospital’ -Babafemi Ojodu was last modified: October 6th, 2019 by Reporter

Primate Ayodele Reveals Those Behind The Insecurity...