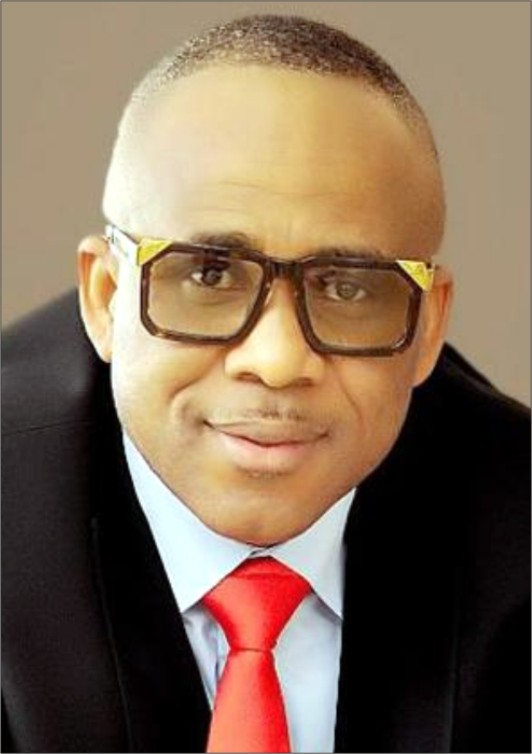 Since 18th July, 2022 when the official unveiling of Bishop Isaac Idahosa as the running mate and Vice Presidential candidate to the New Nigeria People’s Party (NNPP) presidential candidate, Senator Rabiu Musa Kwankwaso was done in Abuja, many have been wondering how Idahosa was picked.

Bishop Idahosa is the presiding Bishop of God First Ministries Inc. a.k.a. Illumination Assembly in Ajah, Lekki area of Lagos. The grand unveiling was done at the International Conference Centre (ICC), Abuja. It was well attended by party members and chieftains across the country. They all converged in Abuja.

Why and how did Senator Rabiu Musa Kwankwaso pick Idahosa, as his running mate? That has been the big question many have been asking. This is also because they are both Muslim and Christian.

A few days ago, Bishop Isaac Idahosa revealed to City People the real reason. He also spoke about the over 10-year closeness they have enjoyed.

“Many don’t know that I have been close to Senator Musa Kwankwaso for years”, he explained. “When I saw how his political plans were going, I got closer to him. We shared prospects and challenges together. We have been friends for years, for a long time”.

How did their paths cross? “We were abroad that year and I saw him. Of course, I had followed his antecedents. I love to see someone who really, really puts people first. So, I walked up to him. That must have been like 10 years ago. I said ‘sir, I appreciate what you do for the common man’. So, that caught his fancy.

I introduced myself. And as always, very humble. He gave his attention. He wanted to hear me out and I told him I wanted to share a few things with him.

I shared my heart with him. He said, lets get together and talk some more’ So, we shared contacts.

How did he feel when he was offered the running mate slot? “I wasn’t keen on doing it initially, because I never thought I could emerge his running mate. I was just his friend. I remember at a point he asked me, in case God makes him President, what will I want him to do for me? I told him, immediately that I want to remain as your friend. That was on one or two occasions.

So, this time around, it was Sallah time, so he asked me to pay him a visit in Kano, just for the Sallah celebration. I said why not? I then I flew into Kano on Monday, of that Sallah week. I met a whole crowd. Sen. Kwankwaso is a man of the crowd. They just came for Sallah salutations and there were thousands of people there. I got there and he said I should say hello to the people. Of course, you know, I speak Hausa very frequently. I was born in the North. And I enjoyed the privilege of growing up among Northern brothers and sisters. He now asked me what language I would like to address them, I said Hausa and they all shouted. We exchanged pleasantries.

Then, at about 12 mid-night, he said he asked me to come because he wants me to have an input into who will be his running mate. He said he wants me to advise him. I said. Where do you want it from? ‘The West of the South-South?’

He said South-South. Alright. So I consulted with Pentecostal fathers of faith in the Pentecostal sector to say, see, this is what has been saddled on me, they should help suggest running mate, that they should come up with suggestions.

They came up with names and we consulted one or 2, those of them we consulted said they are already neck deep in other parties. They said NNPP was about the last political party to bring out their running mate.

That was on Monday. On Thursday, he said I should fly with him to Abuja from Kano. I said why not? He asked me: how far with the Assignment? I said, sir it’s tough. The few we got are already neck deep in other parties. Meanwhile, Friday that week was the deadline for INEC to close their portal. On Tuesday he said Bishop tomorrow Wednesday by 2 O’clock, come to the house to meet with the committee. So you people can rub minds to see how you people can get a running mate for me. I said alright sir, not knowing what was ahead of me. I got there at the appointed time.

He said go inside, go and meet the committee. I went in and I saw them, Elder Buba Galadima, and other big names were all seated waiting for me. They said welcome on board, I said thank you. I thought I was going to join them to screen others.

They had already screened 18 people before me. So, I was the 19th. But they did it in such a way that this person will not meet the next person. One would have been screened and gone before they screened the other. So nobody meets anybody. So you would not know who and who was screened before you”.

Because I wasn’t told ahead of time. They said who knows you could be His Excellency, Dr. Rabiu Musa’s Kwankwaso’s running mate?

I said Haaa! Haaa! How come? I was surprised. The 1st question was what is your vision in case you are chosen to be the running mate of Dr. Kwankwaso? I smiled. I said vision? I have no vision.

They said what is your vision for the country? I again said I have no vision. They said how? I said because if I have to be his running mate, and I have got my own vision, and he has got his own vision, then I am bringing a division. I should co-opt is vision. I am like a spare tire. His vision will eventually become my vision.

They were like really. I said yes. His vision should become my own vision. It must be imbibed. That is what you call a running mate, an auxilliary. They now said once you become a Vice President, by the grace of God, it’s like you are a potential President.

They said what if something happens? I said God forbid, nothing will happen.

He will fulfil his days and years as Mr. President, happily and joyfully. To cut the long story short, the Nigerian situation now came in: what are the things I am going to proffer to the President? I said right now, we have got Injustice, no fairness and equity. You can’t have a balance without these. You can’t have Peace and without Peace, there is no progress. There is no proper atmosphere for foreign and private investors to be able to do business. I said what I could say. We have to rejig the economy. We have to stop Capital flight.

We have to train our people in social skills. That way we would be able to return our wealth in Nigeria. We have to diversify the economy. I said a while. To cut the long story short, we spent like an hour. They said okay, do I have my C.V. there with me? I said no, because I am not looking for work and you didn’t tell me that I should come with my C.V. I don’t really use C.V.’s. I have been pastoring for 33 years.

I am an employer of labour. That was on a Wednesday and you remember Friday was the deadline for INEC portal to be closed. So, I had to fly back to Lagos to do my C.V, resume, photocopies of my Certificate and so on. They didn’t tell me anything. They didn’t tell me whether I was the one or not the one. That same Wednesday, my name started rolling on social media, that Bishop Isaac Idohasa is Dr. Kwankwaso’s running mate. I said haha, nobody told me this. Everybody started calling me. I then called my Principal. I said sir. My Excellency sir. My name is everywhere ooo. He said no. I should relax. He said I should go to bed.

I said okay sir. I went to bed. Following morning, on Thursday morning the whole world was calling me, everywhere was filled with the story my face on TV, social media. He now called me at about 2pm. For the 1st time, he used the world His Excellency, I said sir, I hope you are not calling a wrong number. He said no. He said Your Excellency, congratulations. My hand began to shake and my knees were wobbling.

He said you are now my running mate. I said Haa! Just like that. He said yes you are my running mate. I called my wife and told her. Your husband is now a full blown politician now. Yes, he had been in politics before this time around, he has been saddled with a heavy responsibility. That was how the journey started. That is the long and short of it.

FIRSTBANK: THE EMBODIMENT OF CORPORATE RESPONSIBILITY AND SUSTAINABILITY

How I Started UNIQUE Motors 11 Years Ago