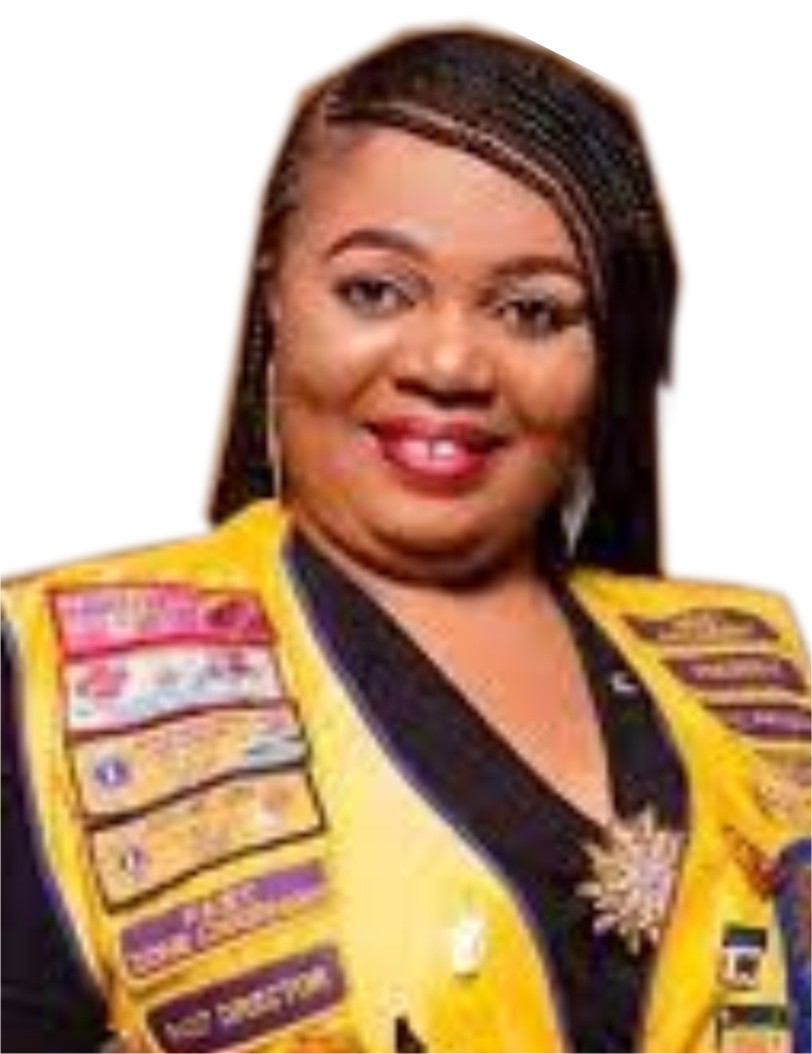 Lion Lynda Odu-Okpeseyi is a vibrant woman who runs Lions Club, an NGO of international repute in 17 states of the federation. She is the district governor of Lions Club District 404-A2 Nigeria which covers all states in the South-South, part of the South-East and the Northern part of the country.

Odu-Okpeseyi is an Abuja based civil servant who is well-read. She is a graduate of Business Education from the University of Calabar. She holds MSc in Human Resources Management from ESUT Business School and PhD (In View) in Human Resources Management at the Atlantic International University, Honolulu Hawaii in the United States. She takes pride in the noble teaching profession.

She is beautiful and kind. Her kind-heartedness led her into philanthropy which she exhibits via the Lions Club. She joined the clubs’ junior cadre LEO 22 years ago and rose to become a Lion 10 years after. Lion Lynda Odu-Okpeseyi rose on the leadership trail of Lions Club as a result of her exceptional and enviable go-getter mentality. Being a Lion, she has a proven track record of achievements tied to her belt. She founded the Abuja Metropolitan Lions Club and later became the first Constitutional Area Speaker for New Voices for English Speaking West Africa. Odu-Okpeseyi ascended the ladder steadily thanks to her unrelenting hard work and visionary leadership disposition. Today, becoming the District Governor for District 404A2 of Lions Club didn’t come by surprise.

In a chat, Odu-Okpeseyi told City People’s JAMIU ABUBAKAR how she runs the Lions Clubs in 17 states of the federation. Below is the excerpt from the interview:

Being a District Governor for one state is a bit much, but for 17 states, that could be overwhelming, so how are coping?

I have a district governors’ team. I also have region and zone chairpersons. In the Lions Club teamwork is very important and we also do a lot of delegations. So I’m just a chief servant. I have people who are also helping me to ensure I have a very successful year.

When you are a district governor, it means you are the head honcho of the district. You take charge of the district on whatever needs to be done, projects to be carried out and the administration of District affairs in all ramifications. It simply means that the buck stops on your table. Because you are in charge, it means that you take responsibility for the successes and failures of the district.

How long have you been in Lions Club?

I have been in Lion Club for 22 years. I started as a Leo, I spent 10 years in the Leo and in the Lion club I have spent 12 years.

What interests you most about Lions Club?

It’s just service. One day, I saw a group of people of about my age mate, 16 to 17 donating blood. Then I was like why are you donating blood and they said they want to donate to the blood bank so that those who have accident victims or those who cannot afford blood when they have patients in the hospital. It can be given to them free of charge. I was like that’s nice. So when I joined, so many things happened. They were training. Training that made me a better person; I use to be very shy, I couldn’t face anybody, I couldn’t face a crowd but in the Lions Club, I have grown to be a faculty. It has made young people more will behave. We have carried out a lot of projects; Cataract Surgeries, relieving hunger; feeding people. There are so many other things you can learn in Lions Club because every month you carry out a project. You can never forget to carry out charity work. You know most people remember the less privileged only on their birthdays but you see in Lions Club, every month there are projects to be done, October is for sight, November is for Diabetics, December and January is for relieving hunger, February is for Pediatric Cancer all and on every month you must to do charity. I see Lion’s Club as an extension of my tithe.

How do you feel about your election as District Governor of the seemingly largest district in Lions Club in terms of the states covered?

I am the third female of the ten governors we have in my District. The first two Governors for District 404A2 were females and we didn’t have any other females till now. I want to work very hard and perform well. My theme is “Excellence through Service.” I want to achieve excellence in service delivery and excellence in all that I do so that more women will be given the opportunity to serve as District Governors in future because of my performance.

What are the plans you have on ground to further the cause of Lions Club?

For me, my major focus is on Diabetics. Most people are just moving about because they don’t know their sugar level. So I plan to build a Diabetes Center in my district. I also plan to screen in 42 locations, 250 people. During World Diabetes Day that is coming up in November, I will be able to screen 13,000 people. At least 13,000 Nigerians will know their status if they are diabetic or not. If they are diabetic, there would be a treatment for them and there would be referrals also.