Home News How I Discovered My Talent As A Musician In 1999 – Popular Musician, OGEYEMI
News 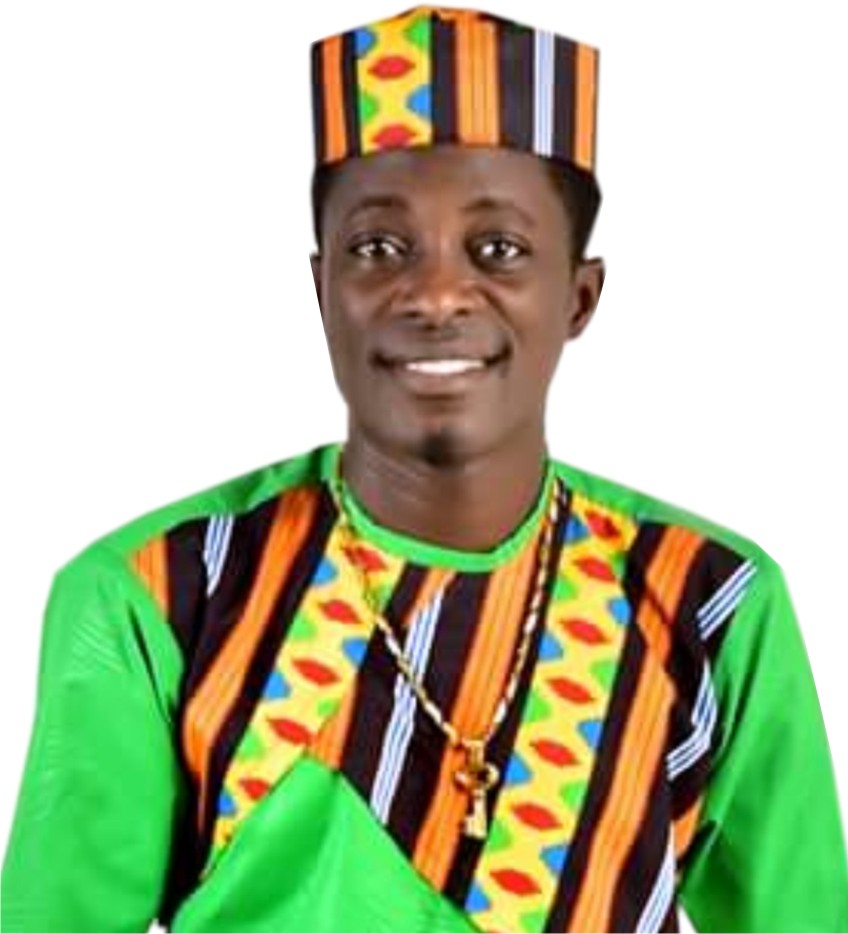 His real name is Ogedengbe Azeez Ogeyemi. But he is popularly called Ogeyemi. He is a professional musician who started singing since 1999. Ogeyemi’s ability to diversify, to sing any style of music, Fuji, Juju, Hip hop and many more has really paved way for him. He has become the toast of many socialites through his energetic display of delivering his God’s  Given talent through his band ‘Chameleon Band’ one of the wave making bands in the society today.

He recently spoke to CityPeople on how he started and the many challenges he has gone through, relocating from one State to another in search of greener pasture. He revealed how he met prominent Artists, like Obesere, Yinka Ayefele e.t.c who helped him at a stage in life. These and many more he revealed in an interview with City People Publisher, SEYE KEHINDE and Assistant Editor, SUNDAY ADIGUN when he visited City People Head office at Gbagada, Lagos. Excerpts.

We want you to share with us what has been your sustaining power ever since you started your music career?

I started music in the year 99/2000. I was a talking drummer; I used to play for lots of artists. That was where I got my inspiration to sing different style of music. I started as a Fuji musician in 2000. I focused so much on Fuji in Ago Iwoye, my town then.

Though it wasn’t easy,  to go for event at that time because nobody knew me. At times I will play on this Saturday, stay at home the next Saturday, even up to a month before I could get another event. That time, people see Fuji musicians as touts, and I’m learned. Whenever I tell my church members that I’m a Fuji Musician, they always look at me disdainfully. Then I started changing my style gradually, I started singing Juju. I started with Shina Peter’s, Obey’s and Sunny’s songs.

I studied and mastered those 3 singers for every party. Later in 2003, I combined both Juju and Fuji together, I started mixing the two together and that was how people started reckoning with us. In 2004, I met Ola Ibironke (Dudu Heritage). He signed me up as a sound tracker for all his movies. I sound tracked Owu Iya and Temiyemi, the 2 movies produced by Bimbo Oshin.

In 2008, after Temiyemi movie, I released an album “Igboro”. In that album, there is a particular track that people loved so much because every style of music you can think of is in it. So, it really amazed people that; just one person can sing all these styles of music, and that was how the recognition began. I started believing in myself that I was doing the right thing and I have never seen any other musician doing that till now.

Later, I noticed people are introducing foreign music, blues into their style; I don’t do that, because I want people to know me for my brand, let me sing our own indegenous songs. If I want to sing hip hop, let it be our own hip hop, not Michael Jackson or Nelly’s song. So, at Chameleon Band, we are proud of our style because it’s unique.

How did you discover your talent in that 1999, what really inspired your career?

Like I said, I started as a talking drummer. My mum was my church choir leader then, that made me to know much about music when I was young. I was also one of the choir leaders in my church then; I can sing and also chant very well.

There was a day I went to an event as a talking drummer with an artist called Adijat Kuburah, she sings Waka. We were on stage, about to start and she fell into labor. Lo and behold, she gave birth some minutes later and there were lots of pressure on who will sing for the guests, I asked them to start, that I will lead and we did it perfectly, and that was the starting point.

I heard you were staying in Ijebu before. When did you come to Lagos?

There was a time I called my chairman, Alhaji Abass Akande Obesere. Then, I just finished schooling at Olabisi Onabanjo University where I studied Banking and Finance. I told him that I’m through with my schooling and I felt I should come to Lagos for greener pastures, he said no problem and he hooked me up with T.J.

What was your relationship with Alhaji Abass Akande Obesere then?

He’s like a father to me. I met him at Dudu Heritage because he was under his record label that time. Then, T.J said to me that whenever I’m ready, no problem, that was how I moved to Ikorodu. I spent 2 years in Ikorodu but I wasn’t fulfilled, I noticed people did not known me the way I wanted because I didn’t really know people in Lagos.

Then, I decided to move back to Ibadan. I met Yinka Ayefele through one of my songs he heard on Air. I met Taiye currency, I met lots of people in Ibadan. Within the 7 years I spent in Ibadan, my style of music was everywhere, people now know me and I decided to come back to Lagos now. Its 3 years now that I relocated back to Lagos.

What were the challenges you encountered that made you relocate to Ibadan?

The first time I came to Lagos, I didn’t even have a manager talk less of knowing people. I was just doing the job alone, move around by myself, visit people, clubs, lounges all by myself. I was introducing myself and my brand to people. Though people do call me to come and perform, but it got to a point I discovered that, it’s not what I can do alone. Meanwhile, T.J, that we were staying together also planned to relocate. That was even the major challenge. I said, if the man that was introduced to me, the one I’m staying with is relocating, then, what will I now be doing here? And that was how I chose to relocate to Ibadan.

How did you come about your stage name, Chameleon?

There was a time I was interviewed on Yotomi Television, when late Alade Aromire was still alive. I was on Air with a Professor. I was there as an artist while Professor was there for another topic. After the interview, the Professor called me and said he had an issue with my stage name. Then, my stage name was Ogeyemi inter-reformer melody band.

If you call me on stage, the first thing you will hear is either King Sunny Ade’s voice or Ebenezer Obey’s voice before I will now sing Fuji and Apala. So the Professor said, “Looking at your style of music there is nothing like inter-reformers there.

I see you as chameleon, you can change your voice at any time, why not look at something in that direction, and that was how I adopted the name “Chameleon Band” in 2008.

Tell us about yourself including your real name?

My real name is Ogedengbe Azeez and my third name is Ogeyemi. I got married in 2014 to my beautiful wife Judith; we are blessed with 2 kids by the grace of God. I’m from Ogede family in Ago Iwoye. I started my education in Ago Iwoye. I attended Igan west primary school, preceded to a comprehensive high school, then, to Olabisi Onabanjo University in Ago Iwoye.

So what do we expect from you soonest?

I have very unique ideas, but what is curbing us is finance. With the ideas that I have and with good support, I would be one of the hottest musicians around. By the special grace of God, I’ve been to several countries all by myself. I recently did Chameleon joker series 1. I’m working on the Chameleon Joker 2 where I will be featuring veteran musicians, to celebrate our icons.

How I Discovered My Talent As A Musician In 1999 – Popular Musician, OGEYEMI was last modified: August 3rd, 2019 by Sunday Adigun