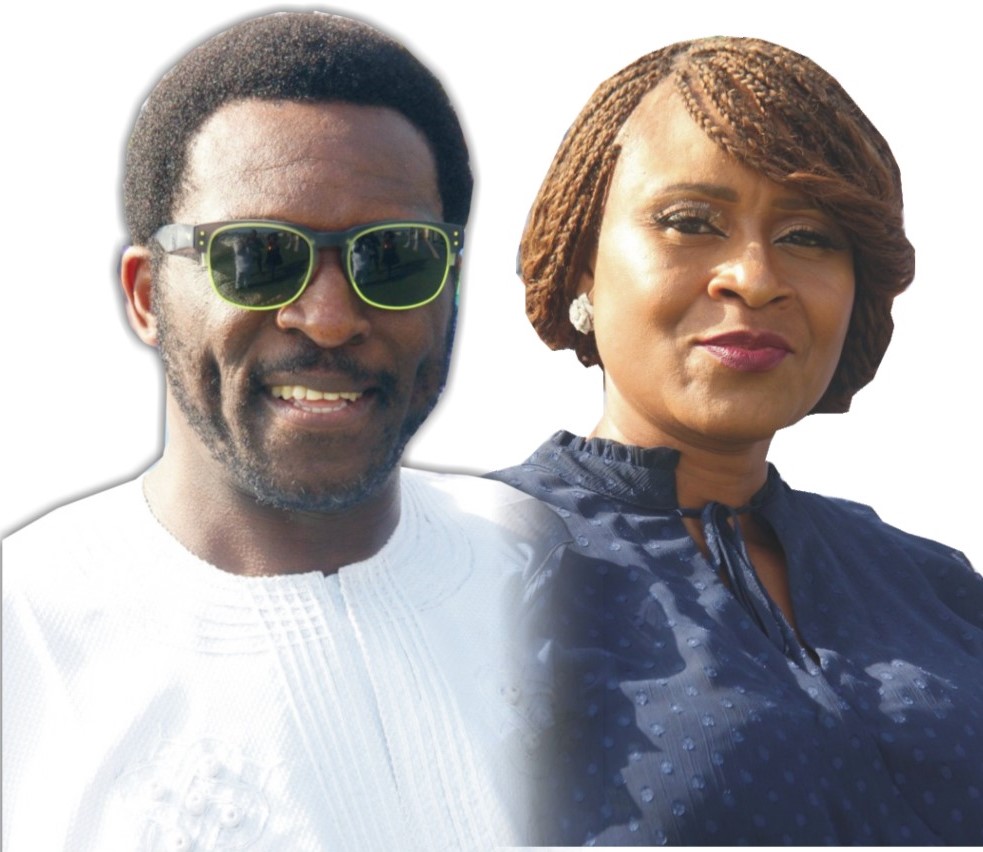 He is ever bubbling, cheerful and always full of energy. One of the first things you would notice about Pastor Dotun Ojelabi, founder of the fast rising Covenant Harvest Christian International Ministry is that he is always excited to be around people. He just takes great delight being in the company of people. Speaking to people, engaging them and impacting on their lives positively always fills him with palpable joy and excitement. For this accomplished engineer turned pastor, this is what he lives for. His passion and desire to continue to engage young people, empower them and nurture them into becoming leaders and men and women of substance tomorrow is a special calling that he has thrown both his personal resources, time and energy into. And he is far from being done yet. Along with his beautiful wife, they are both silently and quietly making their own tremendous contributions, within their little space, to building a nation that, tomorrow, will be overflowing with brilliant, fiercely focused and ambitious young men and women who have benefitted from their mentorship. At the recently held City People’s Award for Excellence, Pastor Dotun Ojelabi, who rarely attends events, was honoured alongside his lovely wife,Tutu, for their contributions towards the growth and development of the nation through their ministry. City People’s SENIOR EDITOR, WALE LAWAL, spoke briefly with the eloquent pastor and got him to open up to us about his journey through life, his rich pedigree that many don’t know about and how he heeded God’s call to serve him.

Congratulations on the award you just picked up. How do you feel about this recognition?

City People is a reputable organization known for excellence and they have watched me over the years. They looked at the modest influence I’ve been making to global influence and leadership, particularly in non-profit, particularly in religious circle. When they informed me about his awards ceremony, initially I didn’t want to honour it. But I feel that, sometimes, you need to honour those who honour you and that’s why I’m here today.

Let’s go a little way back. A lot of people who do not know your background will be wondering, what’s your upbringing like? What molded you into the person that you are today? At what point in your life did you choose to take this path? Perhaps you could start from where you were born and raised.

Okay, I’m the first son of Adekunle Ojelabi, the foremost historian and an Ibadan indigene.  He is the writer of that popular textbook of West Africa. He wrote the book in 1970. In the educational circle, there aren’t many books as rich as that book. He captured the history of West Africa, from 1000 AD to 1980. I met pastor Tunde Bakare in London two weeks ago and he quoted to me a paragraph of the book, he said he read it in 1973 and that informed why he studied Law. Pastor Tunde Bakare is an accomplished Lawyer and a preacher. And he’s a mentor to me. We come from a family of high values and moral standards. I was born in Ibadan about 50 years ago. I will be fifty on the 17th of August. I want to give thanks to God for his faithfulness, for good health, for long life and for the modest contributions we have made to humanity and national development in Nigeria and in Africa as a whole. My passion is Africa. Everything I do is about how I can make Africa a better place and also leave it a much better place by the time I’m gone. Talking about my late dad, he would’ve been 80 years on the 21st of April this month, he passed on in November 4, 2004. Are Oyebola, former MD of Daily Times is my father’s good friend. They had a text book they wrote together.

How did all of your rich pedigree rub off on you as a young kid at the time?

So, at what point in your career did you receive the call to serve God?

That wasn’t a very easy decision for me to take. It took me a long while before I could come to terms with the reality that God was calling me. Everything was going well for me. Career wise, I was ontop of my game. At a time in my career, I went back to the University of Ibadan to get a post graduate degree in petroleum engineering and I was top of my class. That was like a distinction in petroleum engineering. Soon, I became a lead engineer in facilities engineering before I got the call. Now, the call made me enter into ministry. There are three kinds of calls in this world and I’ve had the three calls. The first kind of call is the call to salvation. That’s why when pastors make alter call, people say I have given my life to Jesus Christ and be born again. The second kind of call is call to ministry. And I had that one too. One day, God called me as a pastor. I pastored for Redeemed Church as a Senior Pastor for about ten years. It was right here on this street where you have the Lekki Coliseum, I started the Power Link Chapel in 2001. I was the pioneer pastor for Power Link Chapel. And God used my little efforts to plant churches around here in Lekki and Ikoyi. So, I love blazing the trail, I love pioneering work. The third kind of call is the highest form of calling in this world and that’s the call to service. You don’t need to be a pastor. I think that’s where I am now. I’m ready to put everything I have to making sure I leave life better than I met it. I just want to serve humanity and that’s what motivates me into doing the things that I do. Many of the things we do people don’t know about them. There’s a lot I’ve been doing in the area of youth development. About three years ago, I gathered about one hundred and fifty young people ages from 18-35 from fifty nations in Aberdeen. We were there for two days and we were brainstorming. I had Chief Olusegun Obasanjo come to Aberdeen for that seminar. We will still continue to have such like that from time to time, just developing capacity of young people. That’s what I live for, developing capacity and empowering young people financially. That’s my turf. I think that’s what I want to live the next fifty years for, to serve humanity. I have written two books and currently writing the third one. I wrote the Eagle Personality and I give it out free. I’ve given out ten thousand copies free for young people.

When did you start your ministry? Like how old is it now?

The ministry started nine years ago and today is our 9th year anniversary. In the morning we had the 9th year anniversary in church and I want to thank God for faithfulness. See, you have thirty-two teeth in your mouth, but without the four Canines you don’t have teeth. You won’t be able to crush bone or rip meat apart. So, always, quality is superior to quantity. The quality of service we’re delivering to humanity is superior, so I’m grateful that City People is recognizing efforts even in our little corner. Even in our modest corner. And we want to continue to do it like this, modestly, without too much of noise.