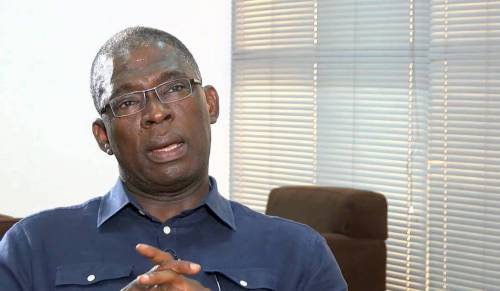 Just as Nigeria secured a landmark victory in its pursuit to overturn a $10 billion judgement awarded against it in a case against Process and Industrial Developments (P&ID), a former attorney general and commissioner for justice in Lagos State, Olasupo Shasore SAN, has denied working against the country on the case.

It was gathered that the case will either go back to arbitration based on the new evidence or both parties will now settle out of court.

It will be recalled that on January 31, 2017, a tribunal ruled that Nigeria should pay P&ID $6.6 billion as damages, as well as pre- and post-judgment interest at 7 percent.

The current outstanding amount is estimated at $10 billion. The Federal Government had approached the court to establish that the contract was awarded on illegal terms.

Nigeria’s lawyers told the court in July that P&ID officials paid bribes to get the contract.

P&ID reportedly entered a gas supply and processing agreement with Nigeria in 2010.

In a statement entitled; “Allegations in the P&ID v FRN Case, which he personally signed and made available to journalists, Olasupo Shasore said that “in the last 24 hours, I have been urged to break my deliberate silence about the efforts of the Federal Government of Nigeria to find recourse against the arbitral award procured by P&ID based on a corrupt and fraudulent contract.

“My choice of silence has been the result of my own
high sense of responsibility as well as my commitment to the professional duty, which I undertook in representing the Federal Government in this case.

“I am relieved that the corrupt and fraudulent foundation of this case is affirmed in the recent ruling, though I am disappointed that part of the case made for that result was a case against me based on demonstrably false statements, unfounded innuendoes and spiteful personal attacks on my professional conduct and reputation.”

Shasore stated that he was instructed in the matter and accepted the instructions on behalf of his firm and to the
knowledge of his partners in late 2012 and that he made every effort to defend and vindicate his client
at every stage with very few tools and with minimal support from within the government itself.

The accomplished legal practitioner explained that he represented Nigeria up until the liability stage in the arbitration, saying that he did not represent Nigeria in the damages stage of the arbitration, which he said meant that he was not involved when the huge sum of damages were awarded against the country.

He added that the complete records will show the series of steps that he took to defend Nigeria and the several results, which he said he secured in that effort at various stages.

“None of these is consistent with the unfounded allegations that I failed to present the best available defense.

“With very little or no cooperation from relevant government officials at the time, I filed a jurisdiction objection that potentially could and should indeed have terminated the case in favour of Nigeria because it was clear to us from the beginning that the contract was a scheme against Nigeria.

“When the then Nigerian officials failed to supply documents or any witness to defend their case, I fought liability by enlisting the support of the legal adviser of NNPC who gave evidence to the best of his knowledge when everyone else with knowledge, refused to do so.

“I instructed the UK firm of Stephenson Harwood a respected international arbitration team and a
leading Barrister to attempt to set aside the award on liability in England.

“We overcame numerous hurdles and faced a hostile tribunal, which relied on the testimony of a principal witness who had died before the hearing and whose testimony should have been discounted. It is on record that I fought hard for the tribunal to dispense with that evidence,” the statement read.

Shasore revealed that he was happy that the “falsity of that testimony has now been recorded in the High Court in England.”

The ex-AG said further that this was the ground on which he took the matter to the Federal High Court in Nigeria, which he said was the proper seat of the arbitration and successfully obtained an order setting aside the liability
award.

He said in the statement that there was no basis to proceed to the damages hearing since the liability had already been set aside by a court of competent jurisdiction.

“Indeed, Nigeria continues to rely on this order in
the proceedings in the United States. In addition, I obtained an injunction restraining the parties and the tribunal from proceeding with the arbitration.

“Much issue has been made about the legal fees paid. This was payment to two law firms and not exceptional or unusual in the context of such a dispute.

“In fact, in order to extract the best possible case for Nigeria, it was from these fees that expenses were paid to ensure attendance at hearings and meetings in the UK by witnesses for Nigeria,” he said.

While saying that even though he reserved the right to respond to “further falsehoods against me as they are published,” he said that he was however a truly patriotic Nigerian, and remained willing and committed to assisting Nigeria “in the numerous stages still required to successfully defend this dispute.”

“My commitment and professional integrity to always act in the best interest of Nigeria, who has been victimized by fraud and corruption, remains unshaken,” he said.

How I Fought And Won Nigeria’s Case Against P&ID Despite Frustrations -Olasupo Shasore was last modified: September 6th, 2020 by Reporter