Home News How I Got Hooked On Acting From A Tender Age – Fast Rising Actor/Producer, TEE SAM
News 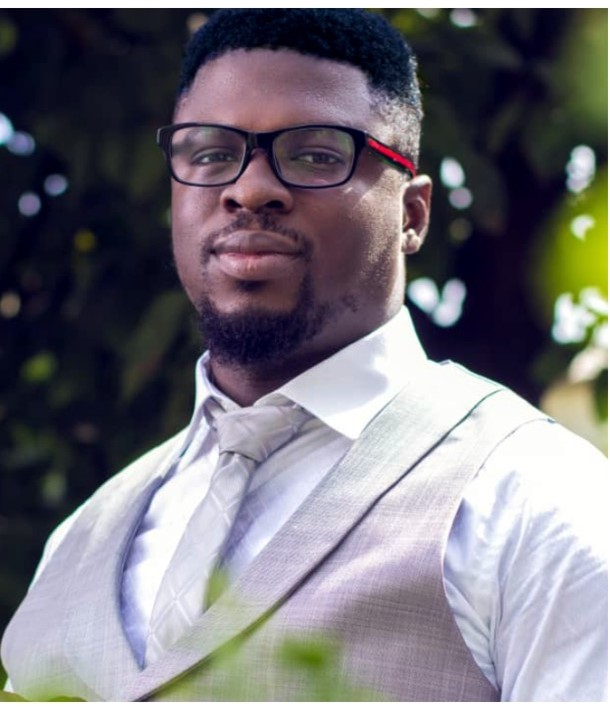 Tee Sam is a very brilliant actor and movie producer. He is one of those who got hooked on acting at a very relatively young age. He has today hit it big. He is not only a fast-rising actor, but he has also grown to become a movie producer. Though his stage name is Tee Sam, his real name is Samuel Oniyitan.

A few days back, Tee Sam told City People Publisher, SEYE KEHINDE how he fell in love with acting in 2001 and how as far as he is concerned, there is no going back. Below are excerpts of the interview.

Let’s have you introduce yourself and tell us what you do?

I am Samuel Oniyitan. I am an actor. I am a model. And I am also a Marketer. I am a Marketing Research Personnel. I have been into marketing for the past 12 years. I have been an actor for a very long time as well but I stopped and went back to school, I also went into other businesses. Then I came back 2 years ago. Since then, I have featured in about 10 to 15 movies.

I have been in the Yoruba sector, but I have passion for both English and Yoruba movies. My focus is to be in the two. I started acting since my days in secondary school at Isolo Grammar School, Isolo. We used to do stage play then and I was the President of the acting group then in the school. I used to lead them to do stage drama. I always played major roles.  Two of the boys who we used to act then are now big boys in the acting industry. One of them is Uche a Mayele. He is a Yoruba and Igbo actor at the same time. Then Muyideen Samsdeen Ayinde. He is one of the biggest directors now.

After a while I left, I went to school, Lagos State Polytechnic to have my ND/HND. Then later I went to the Ladoke Akintola University of Technology where I did my MBA in Marketing Management but during the course of my studies at Lagos State Polytechnic, Muyideen Samsideen Ayinde and the crew came to my school. They wanted to shoot Superstory movie. I played a waka pass role. It is on Youtube.

Acting has been inside me. It has been my passion. What I have realised is that if you really want to be a star, a real star, you have to go to school. Then you need to have your own money, you need to have something you are doing, not just acting. That is why I went through those stages. But now, I have a business I am doing and I am also acting. Majorly, I am a producer. I came in as a producer.

Three. The 1st one is Desert. Asa Ile, partly Yoruba, partly English. I just finished producing Ase and Adura. They will soon be out.  We are also planning another one, and that one will go to the cinema. It is called Abeke. It is a love story. We are still planning it but we have the major cast. Kehinde Bankole will be playing the lead role. She is going to be the Abeke. I am going to be Fayele. Odun Adekola is acting in it. He is going to play the role of Aderoju, Onigedu. We are also going to have Toyin Abraham on the set. So also Akin Lewis, Yinka Quadri, and others.

What has kept you going all these while?

It is the passion I have in it and the way the movie industry is going now. I have seen a lot of improvement when you compare it to the way it was before. I like the picture quality.

Where was your growing up years? Where were you born?

As at that time, did you have movie on your mind, as per what you wanted to do?

Yes. It has been in my mind when I was 7 years old. It has always been my passion. Then we used to watch all these Arelu, Yanponyanrin. We usually watched them on Sunday nights. And on Monday when we get to school, we would try to review whatever they were doing amongst us are friends. We would start saying all the incantations to ourselves. Then, I used to call myself Abija. My friend will call himself Ogunjimi. You will do your own incantation, I will do my own. So, it has always been inside me then, but I didn’t know how to go about it until I got to secondary school.

When was the exact year that you joined the industry?

It was in 2001 when they brought Superstory to my school. They wanted to shoot the campus scene and I met some of my friends there. That was Muyideen Samsideen Ayinde. He was still a Continuity then. I saw him. He is an old friend. We discussed, he now said I should come and join them, like the Campus Scene.

He took me in to act. I never knew those people then. But I later realised that I acted with Yomi Fash-Lanso, Saidi Balogun, Ope Ayeola, all of them. Then, I didn’t know those were the people we were on set together.

What should we expect from you in the next few months. Any movie project?

Expect Abeke movie. The story is kind of unique. It’s coming up. We have already set the date. It will happen by 1st week in December to 2nd week in December. We also have another soap opera coming up. We would start the shoot in January. It will take about 25 days. Its an English soap called, The Tender Lines.  We have everything ready but we want to do it one after the other. We just finished shooting Ase and Adura. Then we are moving to Abeke. Then after Abeke, we are moving to Tender Lines.

READ ALSO: ALAAFIN OF OYO-COPING WITH A DISINTEGRATED EMPIRE BY ERIC TENIOLA

How I Got Hooked On Acting From A Tender Age – Fast Rising Actor/Producer, TEE SAM was last modified: October 30th, 2018 by Seye Kehinde