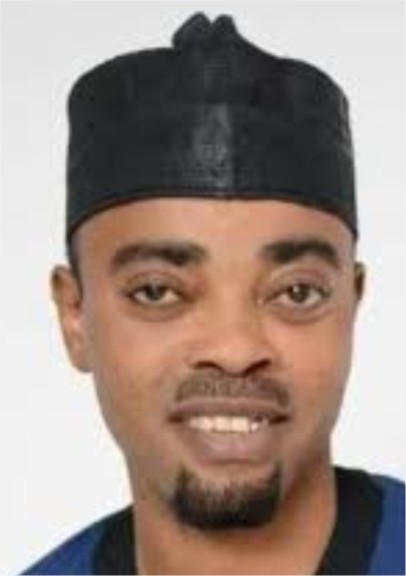 Alhaji Abdul-Azeez Abiodun aka Saoti Arewa is a popular Islamic musician who is ranked high in the industry. He is known for his unique sweet voice and style of music. To complement this, he is handsome as part of his stage name suggests. The popular musician enjoys a large pool of fans that cut across Nigeria and beyond the shores of the country. They love his music and can’t do without listening to it always. Saoti Arewa is among the elite musicians in Nigeria who use their brand of music to entertain, educate and address societal issues-particularly marriage matters. He has done a number of musical albums in that regard. He so much adopts the musical drama style to catch the attention of his audience(s) and gets his message to him.

During a chat with City People JAMIU ABUBAKAR, the musician spoke on his journey into music, how he got his stage name, Saoti Arewa among other interesting things you need to know about him. Below excerpts capture it all. Read and enjoy!

For how long have you been in the music industry?

Tell us about how you began your music career

I was not too small when I started. I can remember my mother died in 1997. I sang during the burial ceremony of my mum; I mean a full stage performance and not a cultural dance. Some people will flashback to their cultural performance back in school, maybe during MSSN activities in school. I started proper stage performance in 1994.I was not too small by then. I didn’t even join any cultural group in secondary school then. But I have a master, I have a mentor that trained me. After the natural gist in me, I still went to learn more about music.

Who tutored you in the line of music?

His name is Alhaji Ishaq Abdulsalam in Epe.

Tell us about your growing up?

I was born in Epe 40+ years back. My father and mother are Epe proper. The paternal side and maternal side of both my dad and mum came from Epe. So I’m bonafide Epe indigene. I had my primary school in Lupetoro Primary School in Epe. I proceeded to Odo-Obara Secondary school, then proceeded to the Tai Solarin University of Education where I studied Political Science Education. When I came back from service, I tried a lot to be a teacher due to the fact that it was what he studied in school and that’s my discipline. Unfortunately, as we all know about the Nigerian situation, I was unable to get a job. Since 1994, I never leave music, so I just swiftly switched to music proper. I couldn’t get a job in the line of education. All I could get then was a nursery and primary school teacher’s job where I earned N6, 000 then. I did that for 2 years before I resigned to face my music career properly till today. I say Alhamdulilah Robil Alamin.

How did you get your stage name Saoti Arewa?

Saoti Arewa, the two of different meanings. Saoti has its meaning separately. It is a word entirely where Arewa on the other hand has a meaning entirely. The meaning of Saoti is voice. Whosoever has a very sweet voice, the Arabic used to call them ‘As-Saoti’. But for the other name Arewa, I don’t know what our fans think; I don’t know how they came about that name.

Probably because you are handsome! So how did you get your first break in music?

I can say it was when I had 3 jointly confused songs. The first one is ‘Ibawi Ojokan’. The ‘Ibawi Ojokan’ and ‘Towo Tomo’ were released within a week’s interval. After that Oko ni mofe part 1, part 2, and part 3. Then after those joint albums, I released ‘Ise Olohun’. Alhamdulillah Robil Alamin! I can say it’s that ‘Ise Olohun’ record that made me. I believe doing joint records is not enough. You have to prove yourself after that collaboration. It was that ‘Ise Olohun’ that I used to prove myself and Alhamdulillah! It really brought me to the limelight.

Your music is highly educational and dramatic, how did you achieve that?

To be identified in the large music industry, you have to be creative. Creativity at all times will always show you in another picture to people. If you want people to listen to you, you will have to speak a different language from what people are hearing. So if you want to be sought, you will have to come out in another picture that has been in my system before. I decided to be educated in my music due to my educational background. We have lots of educated musicians but they don’t like their education to their music profession. Go and listen to my album ‘Ami’. It is a scientific record; a job of research. Go to series 1, series 2. Another album is ‘Islam’ it is also a research record and educative music. So that is the creativity I try to bring in due to my teaching background. I’m a teacher by profession. I know how to teach people. That is what I have learnt. Alhamdulilah Robil Alamin! It really works out for me. It worked for me in the time of production when I was linking the two. Alhamdulillah! That’s why my music is accepted by everyone.

How have you been staying top among your contemporaries in the Islamic industry?

No one is perfect. I believe in Almighty Allah. That is how Almighty Allah wants it to be. There are lots of people who know how to sing more than us, they even package themselves better than we do but they are nowhere to be found. That is why I will keep saying it is Allah’s doing. So I say Alhamdulilah Robil alamin.

What should your fans be expecting from you as the year runs out?

We release about 3 albums in a year. We release in Ramadan, we release in Eidul Kabir (Ileya) and every December. As December is very much approaching, we are mixing a record together. Insha’Allah, our people should be expecting something as we do release every December.

What I Miss About My Late Husband, TUNDE – Veteran Newscaster, BIMBO OLOYEDE

Why AREPO Area Is A Hot Spot For Real Estate Business