Home Brands How I Have Remained Relevant In The Past 9 Years – Music Star, OLAMIDE
BrandsEntertainment 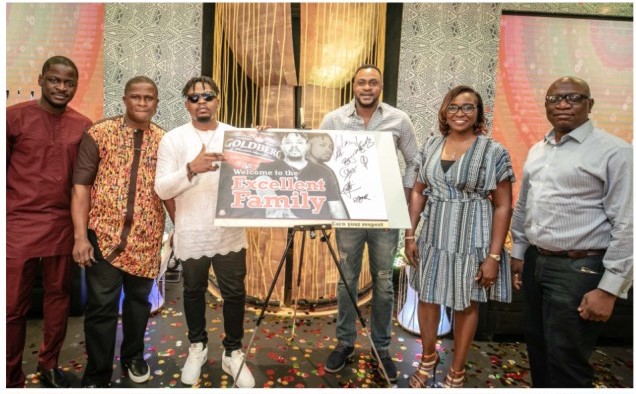 Olamide is the undisputable king of naija rap. He first hit our consciousness when he stormed Naija music scene with his monster hit, ‘EniDuro’ in 2010. From that moment, till now, there’s been no stopping this incredible talent. The word out there is that after Dagrin, Olamide is the authentic king of indigenous rap. His profile has risen exponentially and he has gone on to set up his own music label called YBNL {Yahoo Boy No Laptop}which has discovered some of the biggest names in the music industry such as Lil Kesh, Adekuinle Gold, Lyta. He holds one of the biggest music concerts in the country called OLIC which grosses him millions annually.

Olamide also has under his belt some of the biggest endorsement deals in the industry. He has a Ciroc deal that earned him 30 million naira, Guinness 80 million, Etisalat 50 million. Then he recently signed an endorsement with Goldberg for over 100 million naira, an endorsement deal that shocked the whole entertainment deal industry. Goldberg is one of the leading beer brand in it’s sector. The beer was launched into the market first in 2011 then re-launched into the market in 2012. The drink is loved and consumed by both the young and old. Apart from Olamide, Goldberg also has top movie star Odunlade Adekola as their brand Ambassador.

Two Saturdays ago the 20th of April  2019 when Goldberg did the unveiling of Olamide as one of its brand Ambassador, Odunlade was also present.The event was held at RaddisonBlu with lots of press men at the event.There was enough to eat and drink. Dotun of Cool fm was the host at the event.

The event kicked started at 5pm and Olamide arrived the event at 5;59 pm. After the MCDotun of Cool fm had hyped him and introduced him to the Press, Olamide emerged from inside a talking drum that stood on the stage, looking smashing in a white long sleeve polo top and a black trouser. After a few hugs with Odunlade Adekola, Patrick Olowokere, Maria Badejo and Omojide Adenusi, Olamide took pictures before settling down to sign the deal with Goldberg. Olamide was asked a few questions along Mr. Omojide the Public relations officer for Goldberg.

Why the choice of Olamide as a brand ambassador?

Mr Omojide; Thank you for that question.We are taking this leap because we are one of the leading brands that support music.We have been supporting traditional music from Fuji to Juju, and we felt it was time for us to further cement that association with music.You can say it is a search of a credible brand looking for a credible brand ambassador. And there is no better brand that has that credibility than Olamide.

Olamide, how did you feel when you were contacted to be a Brand Ambassador for this leading brand?

Olamide; Honestly I felt happy when I was asked to be a part of the family.For the record, this is my first endorsement in 2019 and it is not for any other reason that’ bronze na learner, sliver na learner, Gold na d baba’.

Mr Omojide, why did Goldberg pick Olamide as the brand Ambassador?

Mr Omojide;I would say Olamide is the man. Tradition comes out of his music, he delivers his music mostly in our local language Yoruba and the way he switches to hip pop is really unimaginable. If we feel the brand is about the tradition taking us into the future then Olamide is our root and he comes to mind. He is the voice of the street and the man for enjoyment, so basically, we needed to connect with the street and here we are’ street ti take over’

Mr Omojide, now that Olamide has been signed as the brand Ambassador, what is expected from him?

Mr Omojide; In one word, he is now the chief information officer of Goldberg. We will work with Olamide to tell our story better because he is a superb storyteller. Just keep watching us, there is a lot we have in store from the brand and Olamide. Basically, he will help us in connecting better with our consumers. Just keep watching.

Olamide, what is your next step and what are your plans for the brand?

Olamide; For me endorsing the brand Goldberg is just like representing what the brand Olamide stands for. Olamide can be from the street but you can’t deny the fact that the brand Olamide is a solid brand and that’s what Goldberg stands for. It is not something I have to start living a fake life for and trying so much to impress anyone because it is a way of life for me to be solid and that’s what Goldberg is all about. This is just two great brands coming together to great things. Just watch out, it’s going to be madness.

Mr Omojide, what other plans does the brand have for its consumers this year?

Mr Omajide; Let us say this is just the beginning of an exciting journey. Watch us come out with exciting things.

How I Have Remained Relevant In The Past 9 Years – Music Star, OLAMIDE was last modified: April 29th, 2019 by City People

HORROR! Man Cuts Off Lover’s Head, Hides It Inside Fridge

‘Go help your parents, do something with...