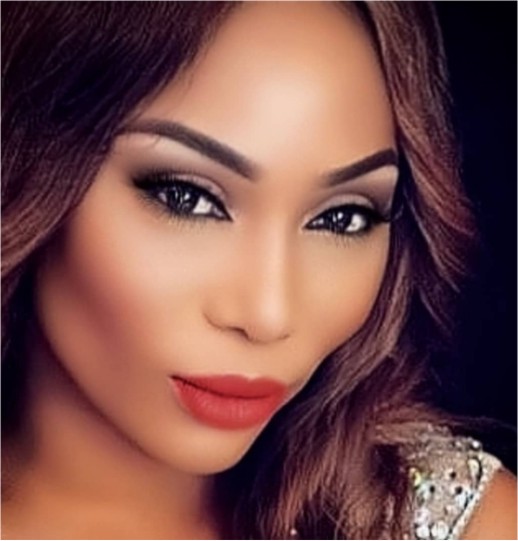 She is very popular in London. She has a sonorous voice and a beautiful, sexy look that makes you want to look at her over and over again. Popular London Juju Music Star, Dele Achiever was our Guest recently at our City People Instagram Live Chat where she talked about her success story. She is one of the most sought after Juju music stars in London. Below are excerpts of her interview with City People Publisher SEYE KEHINDE.

How has it been surviving in London and doing what you’re doing?

But how have you coped, especially as you guys have not had any major show in the last three to four months?

Em, what can I say about that? It’s not been very easy for every one of us here, as you can see. This is affecting everybody, isn’t it? It’s affecting the whole world, especially most of us in the music and entertainment industry. Most of us are basically jobless right now. It’s only a few of us that have other jobs that they do that are coping better. But its fine, everything is going to be over very soon.

Let’s talk about Dele Achiever, how does it feel being one of the leading artistes in London at the moment?

(Laughs) Uncle, you said leading? I am so flattered. It’s not been easy as you can see because it’s a very challenging job, especially being a woman in the midst of all these great men. I am not going to say it’s an easy thing to do, but you just have to stay there if it’s what you have passion for. When you have passion for something, you just keep going, no matter what happens.

So, how did you discover your talent in music?

This is the same question everybody likes to ask me. Many people actually think I started music in London or when I got to the United Kingdom. But I started music way back, professionally in 1995, which was when I first got on stage. I’m one of the few ones that started in the church.

Which church is that and where?

It’s a very local church in Osun state, Ilesa. It’s called Rapture Evangelical Ministry. It’s like a gospel church. I was with the choir. We would sing, do concerts, go to places for revivals and that was how it started for me initially. That was how I discovered myself. When I was in the choir we were performing for members of the church for free if they had an important occasion they were celebrating. That’s how it all started.

When you left Nigeria for London, how did you decide you were going to do music when you get there?

It was easy because I was already singing right from when I was in Nigeria. While I was in Nigeria, we went round performing at different shows in different parts of the country. So, it was easy for me to decide that I would pursue music when I got to London. One of the things that motivated me was seeing the top artistes traveling around the world doing music, so I decided I have to travel and make something out of music.

Talking about how you started the London beats, can you recollect the year you started and was it slow at first?

You know everyone has to start very slow. I can’t remember the date but I can remember the year. I can remember it started in Leicester and if you look at it, things were not really moving in Leicester, because a lot of musicians live in north London. You have to be in Central London to get the attention you need, so I decided to leave Leicester for London. I called a few of my colleagues and asked them what it is like in London because I was also moving to London. Of course, when you’re new in an environment, it takes a while for you to pick up because you would meet some people already doing what you came to do so you have to queue behind them. So, it was really slow when I first started.

How have you coped with competition in your sector in London?

In Nigeria, when I go to perform, I go with my full band. I have lots of instrumentalists that we worked together. Sometimes, I would have about 25 people on my stage. But when you get to the UK, it’s quite different because you have instrumentalists who mostly have other things they’re doing, so they can’t be there for you anytime you need them and that makes it very challenging for me.

I do Juju music, majorly. You can also call it Juju highlife music and with a bit of gospel as well. So, you can say my music style is contemporary, it depends on what you want. I’m able to do quite a bit of everything but my main base is Juju music.

Is it similar to what they call Alujo in Naija? Is it fast-paced?

Juju music is both fast and slow tempo. It can be fast if you want it to be and it can also be slow tempo as well, it really depends on what you or the audience wants. A lot of times, it’s the crowd that determines what you sing.

You’ve been singing now for how long?

That’s a good question. I’ve never done that before and I don’t know why. But I’ve never celebrated my years on stage before. Maybe I might give it a thought. I might just decide to celebrate it.

Do you miss going to parties?

You can bet I do. Everybody misses it. Of course, every musician at the moment will be missing the parties because it’s really fun. It’s not just the business side of it, it’s something I have passion for, so, yes, I really miss it. I can’t wait because I’ve had to postpone a lot of my bookings till next year and I’ve been like, oh, no, Mr. Boris, please, lift the lockdown.

At the time the news came that there was going to be a lockdown as a result of the virus, how did you take it?

I don’t think anybody knew it was going to be like this. Everyone felt, okay, we have a virus that’s probably going to be like a flu and everyone thought the lockdown would be for only a couple of weeks. I told my clients, let’s give it a month. That particular month the lockdown started, I had about three weddings. I had meetings with some of my clients online and they all said, don’t worry, we will shift our party. So, it is what it is, but it’s better to be safe than sorry.

Who were some of the old musicians who influenced you?

I grew up listening to the likes of King Sunny Ade, Chief Commander Ebenezer Obey, Dayo Kujore, IK Dairo, Rex Lawson, Tunji Oyelana, name it, but one of my favourites is Orlando. I love Orlando and I know many people will be surprised. But the truth is I sing a lot of Orlando Owoh’s songs.

How do you get that trademark Orlando Owoh’s voice when you sing his songs?

Well, the thing is, I may not really get his voice that much but I think I try. If you have noticed, I don’t have that girlish soprano voice when I sing, I have trained my voice to suit Juju music specifically. So, when I sing Orlando Owoh, I just go a little bit low, that’s all. But I love the man, I love his songs. My dad loves him, I grew up listening to him and I can sing a lot of his songs. I have a lot of fans who love Orlando Owoh, so anytime I go for a show or wedding, they’re still waiting for that 20 minutes of Orlando and they‘re giving me all the signs, telling me to get into it. But I also love Dayo Kujore a lot. I love him a lot. He’s my daddy. His songs give me this really lovely feeling.

What has kept you going after all these years? How come you have not quit music?

Sir, you know there’s a difference between just wanting to sing and having real talent. The thing is that when you have music as a talent and you have a passion for it, it becomes difficult to walk away from it. You know we have musicians who were trained by people. It’s the people who got into it just because they wanted to sing and then got some training somewhere that will tell you they are tired if things aren’t going as they expected. But if you have the talent in you, and you have the passion for it, and it’s all you do, you will definitely not let it go. It’s in your blood.

Have you been doing stuff online, like performing online for people?

No, I’ve not done any. Yes, I have seen a lot of my colleagues doing some fantastic stuff online but I’ve not been able to do any. I guess it’s because I’ve been a little bit busy. I have said to my band members that if we get a request from our fans asking that I play for them on their birthday or something, I will do it because my fans are very important to me. But the truth is, I’ve been busy with home, family and a couple of other things.

Let’s talk about your style. We know you’re a very stylish person, how do you do it? How come you’re always looking good in various outfits and being on top of your game all the time?

We just dress for occasions. I believe that you are who you are. If you have been stylish before you got into music, it’s the same style that you’re going to take into music. The fact is you have to be presentable out there anytime you’re going for your gigs. So, I won’t say I have any particular style but a lot of people who know me know that I always like to look presentable all the time. I always like to be stylish. I just like to represent myself and represent my fans well.

Do you do more of native than English when you have shows?

When I have shows, it’s the kind of show I’m going for that will determine what I will wear. You know sometimes, our fans actually give us their Aso Ebi complete with the headgear so that we can be in uniform with them, so you have no choice but to go traditional. Juju music is typical Yoruba, you dress to represent your culture. For a lot of my performances, I like to go to gigs in Yoruba attire.

Have you done any album?

Yes, I’ve done three albums actually. I’m sure a lot of people will be wondering why three? I had one when I was in Nigeria. Then in 2011, I had another one and then two singles online.

How I Hit It BIG Playing JUJU Music In LONDON – DELE ACHIEVER was last modified: August 26th, 2020 by City People

It is Hard To Collaborate With Someone...