How I Rose To Stardom From Nothing – Okiki Bright 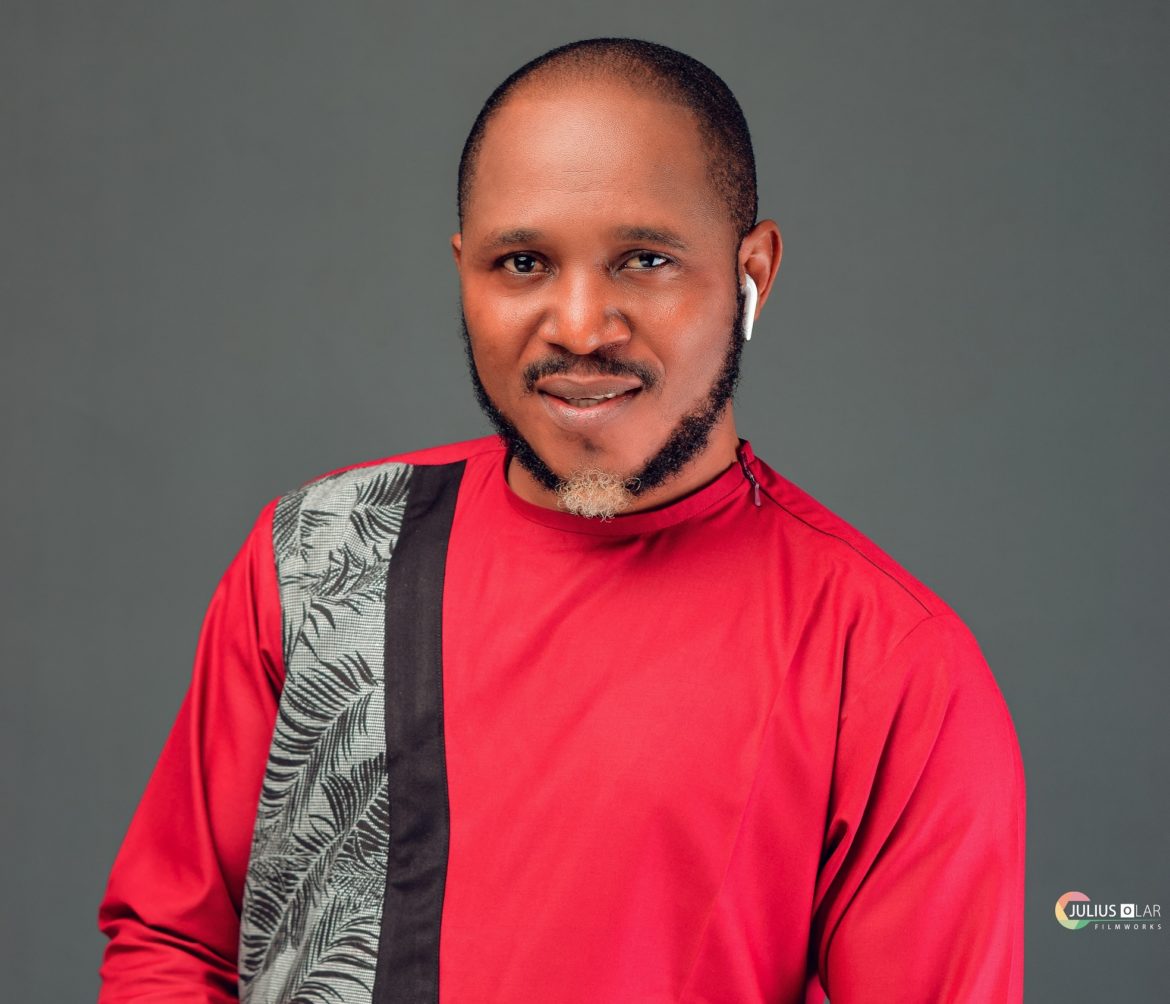 Tell us the story of Okiki Bright?

I’m Raji Mutiu Adekunle Ishola popularly known as Okiki Bright. I hailed from a village called Ijiomeso in Oke Ogun under Oyo State. My father was a musician called Ajala Raji. I was 7 years old when he died. I also lost my mum to breast cancer. I had no one to take care of me. While I was growing up, I discovered that I have this special gift of singing. Whatever I was doing I always sing along. I hardly played with my peers. All I did was to sing. At the age of 14, I began to take music serious. At that point, I tried to go school but there was nobody to foot my bills. There was no father, no mother to sponsor my siblings and me. We usually go and work on people’s farm to feed ourselves. There was a period I almost lost my life when I was trying to get a fruit from a tall tree. I fell and fainted. The voice of my younger brother who was screaming my name intensely brought me back to consciousness. This was part of my experience growing up. Right from my very tender age I have tasted what it means to be hungry. I stayed without food for about 3 days and was only drinking water. At a point I taught of acquiring Islamic education to become a scholar. Then I attended an Islamic school in Abeokuta owned by Zumratul Mumeen Society. Destiny led me away from practicing the job of Alfa. All these happened before I came to Lagos. In Lagos I continued my music career which people gave good remarks about yet there was no assistance from anybody. At a point I had to leave music for something else because it was really tough singing Fuji in those days. Fuji music was strictly for the brave. I had no parents and no body to back me so I decided to withdraw. I then worked as a bus conductor under the popular Iyana Isolo Bridge in Lagos, and later as a loader at Daleko and later ventured into riding Okada. I continued struggling until 2005/2006 when I released a song called normality. The song was eventually banned and this got me so depressed that I thought it’s already the end. In 2010, I thought of changing my brand of music. I realized that for me to get the needed recognition i need to stand out. I thought of being unique and that led to my brand of music which I call Fujipop. That same year I did lots of tracks which did not really become hits. But in 2017, I released another track titled “Gbagbe bose sele” where I featured the popular Oritshefemi. The song detailed the history of my life. That’s the music some telecom companies used as caller tune without my consent. I went through hell before I could gather resources to produce the track and about 3 telecom companies were using it. This was really unfair to us. Some of my fans thought I have been paid.

Can you mention the Telecom companies involved?

No, the case is still in the court that’s reason I don’t want to say much about the issue for now. So I continued until 2019, when I released another track titled “Chop make I chop”. I kept working hard but there was no money to promote my new tracks. In 2020, I did the popular track “Ibile lemi” which is being played all over the airwaves now.

What role did Alhaji Fatai Yusuf aka Oko Oloyun played in your life?

When I remember late Alhaji Oko Oloyun for what he had done in my life. My encounter with him rekindled my hope of becoming great in life. I got to know Alhaji through the case of the Telecoms that infringed on my copyright. Someone referred me to him for assistance in order to pursue my case to a reasonable conclusion. The bond I had with Alhaji Oko Oloyun was remarkable. He listened to one of my songs and was very impressed then he gave me the contract of being an ambassador of one of his products called “Megato”. He then promised to support my music career with all his influence. I travelled far and wide to promote “Megato”. I will forever be grateful to Alhaji Oko Oloyun.

What message are you trying to convey with your music particularly your hit track “Ibile lemi”?

My new song “Ibile lemi” addresses the Yoruba race. We are fast losing our cultural heritage in the name of civilization. Even our politicians during campaigns come to address us in Yoruba and afterwards they relate with us in English, a foreign language. This annoys me a lot. Let’s promote our indigenous language. Our local dialects should be our official language. Another thing that annoys me is how Yoruba movie practitioners relate with people on the social media using English all through. I feel they should be proud of what they do and relate with people as such. Most of our children can’t speak our language fluently anymore. Those born 20 years could hardly converse in their local dialects. We are deliberating killing our culture and tradition. Therefore Yorubas need to wake up.

I can’t really say what inspires me. I get inspired by things around me, everything around me.

You sound like Dr. Sikiru Ayinde Barrister, did you pass through his tutelage?

Dr. Sikiru Ayinde Barrister is our father in the industry. I never worked under him. Remember I told you I hailed from Ijiomeso in Oke Ogun. Historically, we are related to Ibadan in Oja Oba at Aruwo compound. We are the descendants of Laani Abarapa in Aruwo compound. My father was a musician with enticing lyrics. I was told when my father gets to the farm in the morning those who are passing were always marveled by the music prowess my father possesses. I got my talent form my dad. I so much loved the music of Dr. Ayinde Barrister, I love his personality but we never did anything together till his death. Whenever I sing people usually say I sing like Dr. Sikiru Ayinde Barrister.

How helpful are the popular Fuji musicians to the upcoming ones?

Most of the popular Fuji musicians in Nigeria know me very well. I believe Fuji music, sincerely speaking, is all man for himself. Nobody is ready to assist you. Most of them know my ordeal. I even went to some of them for assistance but they did nothing. There was one I went to meet when I got a Visa to travel abroad with the hope that my story would change for better. My brother, nothing happened; my travel Visa got expired. I couldn’t get money to buy ticket. Most of them help for publicity sake. My belief is whoever God sent to you will surely assist you no matter what.

Why was your track titled “Normality” banned?

In the song normality, I revealed a lot of truth which got some people annoyed. It was then I spoke about the unhealthy rivalries in Fuji industry as I proffered the best solution to the crisis. These rivalries have historical allusion between our predecessors in the industry, Dr. Sikiru Ayinde Barrister and Alhaji Ayinla Killington. They eventually banned the song at that time. Nobody accept to promote the song. Alhaji Nurudeen Isese, a marketer from London did his best to assist me then but they turned him down.

Do you have any popular artiste who you wish to collaborate with?

There’s no musician I can’t sing with. Any musician that invites me, I’m ready to sing with him. The only ones I can’t relate with are the proud ones.Though some top musicians always look down on the upcoming ones forgetting that time changes.

With the rate at which Fuji musicians are deviating by creating another brand for themselves, don’t you know Fuji music is on the verge of extinction. Can Fuji still survive?

Once the Yoruba language goes into extinction then Fuji will die a natural death. If the Yoruba language continues to live the Fuji music has hope. This is because the language of Fuji is Yoruba. Fuji is a Nigerian music and is the music of the Yoruba. Once the Yoruba race still exists Fuji will continue to be relevant. Not only Fuji same goes to Juju Music. Another reason to show that Fuji will last long is that there’s no music in Nigeria that does not adopt one or two thing from Fuji Music. Most of the hiphop artsistes pick their beats from Fuji. Fuji owns its style which many adopts today. What Fuji needs today is talents and ingenuity of musicians who could add value to what the core founder of Fuji brought.

What are you doing to sanitize the environment of Fuji to appeal to all and sundry?

The origin of Fuji could be traced to something similar to rascality. It started with what we called “Ji were” (waking people early in the morning to observe fasting). When two different musical bands meet at same spot there’s always problem because of the money involved. In fact, a band will usually want to outshine the other by waking up earlier to get to their customers in other to get money. You go to Fuji music settings and you see fight erupts up till when the music get stabbed. I think this is as a result of the attitudes of those that patronize Fuji music then. But today, that’s rare. You hardly see fight erupts at the top Fuji music shows. The security in place gives you enough confidence and assurance. Take me for instance; I won’t like to perform in a volatile environment. Most of my band members are highly educated and exposed. People believe Fuji music is for the urchins. That’s not entirely accurate. It differs. The way I got into Fuji is quite different from the way some other people do.

What informs your fashion sense?

It’s God. Sincerely it comes naturally. I never thought of what to wear a night before an event. I just pick as I feel like and it looks good on me. I believe its God’s guidance. That’s why my appearance looks unique.

What other talents does Okiki Bright have?

What I have for music is much and a lot has not been revealed yet. More great stuff coming from me. Please look out for us. I still have a lot to offer in music God willing. It’s not easy to be prominent in life. Success is hard work and more hard work. But I learnt that whatever positions you are in, always help those around you. If you have, extend your hands of benevolence to others. I also learnt only a few people are ready to help the poor.

How I Rose To Stardom From Nothing – Okiki Bright was last modified: May 11th, 2021 by City People

6 Terrible Mistakes That Can Ruin Your Romance