How I Started Rock Of Salvation Church In IBADAN @ Age 19 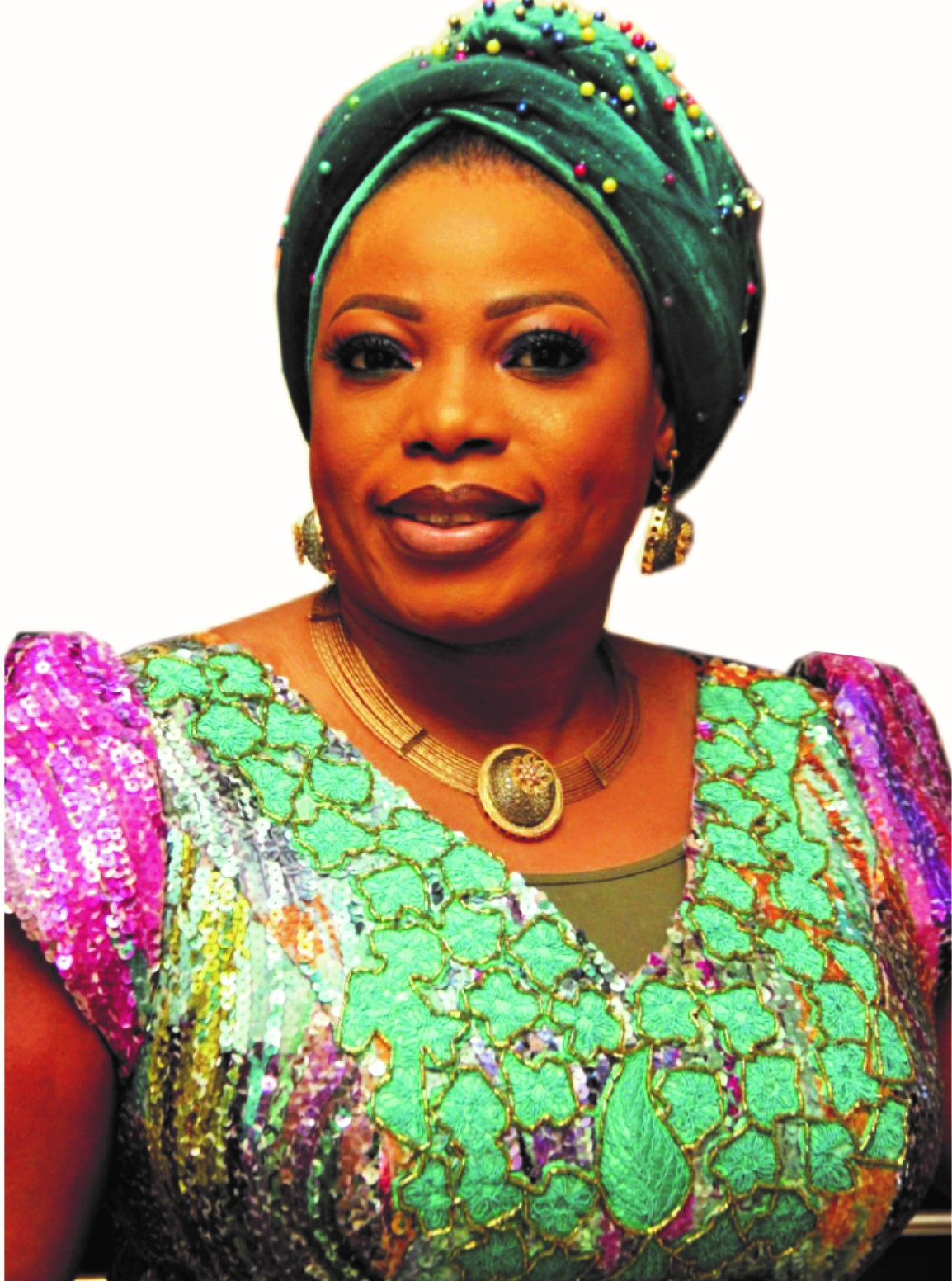 Not many people know the story of Prophetess Mary Olubori, the founder of The Rock of Salvation Apostolic Ministry, she started 22 years ago. Not many know she comes from a strong Muslim background. Her father, was a traditionalist, a herbalist, who was known to many people in those days, because he was very powerful. The power, many people believed he got as a result of his sudden disappearance for 11 yrs. It was generally believed that he was whisked away by whirlwind. Upon his return, the young Mary then was the only child remaining out of the man’s 3 girls. Her mother died and her 2 sisters died and that made her to go and stay with her Aunt in Ibadan.  Her father was staying in Lagos after his return from forced strange exile.

Mary, started her life as a young lady, who loves people around her. She was always ready to help people, a trait that is believed she got from her late father. She is down to earth. She is a philanthropist, who caters to the needs of her church members who are in need. Young Mary never knew the plan of God for her life, except the fact that she always heard her Daddy calling her a child of Destiny. The relationship between Mary and her father was so strong, because she was the only child alive.

He so loved her to the extent that he planned to hand over all his mysterious powers to her. He had it in mind to train her and make her a Yeye Osun, until God said: “No”.

The plan of God for her was different from that of her father. God arrested young Mary at age 19. She has been seeing vision, giving messages and they were backed up with great testimonies.

In this interview with City People Publisher, SEYE KEHINDE and Assistant Editor, SUNDAY ADIGUN, she revealed how her father did everything to make her succeed him, in the herbal practice, how she was kidnapped at age of 5 and how she started her ministry at age 19. It is a very revealing story.

My father was a staunch herbalist. He was whisked away by whirlwind for 11 years. He died in 1989, but before he died, I had been going to church. He told me one day “this church you are going, there is light there, but I still want you to do my work”. I told him ‘No’, that I have accepted Jesus as my Lord and saviour.

I was born and bred in Ajegunle, Boundary in Apapa. The name of our street is Ayetoro. My father always said that I was destined to be great, right from my teenage years, my father always consulted me, by touching my head with Kolanut, asking me saying “my mother, how is today going to be?” I was kidnapped at age 5, I was deceived with bread (laughs). They kidnapped me and put me inside a pot. I was staying with my aunt then. Surprisingly, my father was the one who revealed where they kept me. His Opele revealed where I was kept. The mission of those kidnappers was to use me for ritual, but they couldn’t. They said my head was too strong and they concluded in throwing me inside the canal. While they were planning to do that; my Aunt told me that somebody woke her up and told her what those people were about to do. Lo! And behold! Everybody woke up that midnight, they traced the place and they retrieved me from the kidnappers. God has put the mark of greatness on me since my teenage days and God has been protecting me up till now.

You said your father wanted you to succeed him. How did he now succumb and give you a chance to accept the calling?

My dad died before I received the call. My ministerial calling started in 1993. God started using me since 1992.

How did God call you?

There is a church called Koseunti. I had been attending the church before my Daddy died, its a CAC church. I introduced Christ to my Daddy before he died. I was the only person left with him, and was in position of a first born because his other children died when he was whisked away by whirlwind. One day, my dad appeared to me in a dream, he showed me all his charms, leaves and pots for concoction etc. My Daddy was a White Cultist, he always wore white, and he was a powerful cultist. There is no Major General then who didn’t know him. We were very close to Army Barracks when we are in Apapa. There is no powerful man in this Lagos that didn’t patronise my dad. They usually called him Baba Iyabo, I am the Iyabo before I changed to Yetunde when I gave my life to Christ.

My dad was very prominent, majority of his colleagues feared him. They usually come to him for consultation. He became more powerful after he returned from his strange journey. As I was saying, he always appeared to me in dreams.

Then, I was suffering in my marriage. At times he would come and give me money in dream, and anytime he did that, I must see the money before the end of the day.

You will see it beside you or how?

Not beside me, I may be on my way to school or somewhere and suddenly find money on my way.

God started using me since 1992, I have been operating as Prophetess since then. So the woman who was staying in the same area with me was the one who introduced me to that CAC Kosehunti, situated at Olomi, Academy, Ibadan. She said they were holding revival, we attended the revival, I later fell in love with the church and I started attending its services. Anytime we are on vacation, because I finished my secondary school that same year. I would attend their service. So, any time I go to Lagos, I would work to make little money. There was a child I always bought cloth for, because I love to help people, I got that from my father. My father was a philanthropist to the core. You can’t suffer where my Dad is. He always empathised with people, at times my Daddy would be crying in the course of empathising with someone, that was why you could atimes see me crying too. I usually get emotional. My Daddy appeared to me in my dream, and persuaded me not to abandoned what he left behind, that I am Iya Osun, because we are Osun lineage in Ede though he is staying in Lagos. I told him I could not do it.

In that dream there was a bright light where I was standing, while where he was standing was a bit dark, there is another side that I referred to as a Muslim side in that dream also and it’s also dark.  Because we are from a Muslim background. He was the only one who chose traditional worshipping and became herbalist. I told him to look at where he was standing in that dream, and the Muslim side, that they were not as bright as where I was standing in the dream. So I told him I chose where there is no darkness at all which is Christ’s side and he said to me in that dream that he released me whole heartedly. That was when I started the ministerial work fully in 1992.

He said he released me and promised never to disturb me again. And that marked the beginning of the turn round in my ministry. When I was young, I was a no nonsense lady. I always got angry over any little thing. I had strength, I always fought boys because I was strong, and that made me the leader in many groups we established when I was in secondary school. All the teachers loved me and trusted me. I washed their clothes, cook for them. That trait of greatness has always been on me.

One day, one of the girls whom I used to buy clothes for, got me angry and I burnt all the clothes I bought for her. I was so angry with her that I started keeping malice with her. God, so good, we went for a revival service that evening and while the prayer was going on, I saw an angel coming out of the wall. I usually sat at the front. As I closed my eyes, I saw the wall opened and an Angel of the Lord came out, I quickly closed my eyes because it was too real to me. I was forced to close my eyes again then I fell under anointing that suddenly I found myself at the back of the auditorium.

I rose again only to fall under anointing and I found myself rolling on the floor and I started speaking in tongues, and God delivered many messages through me that day. The second week, I went into trance for 7 days. I didn’t drink nor eat for 7 days. I didn’t even know where I was, but I was seeing Angels and started giving people messages.

That was how people began to know me. After the 7th day, those whom God delivered started coming to greet me and testified. I did not start fully then, but people knew me, even my teachers were coming to me to pray for them. By the time I finished secondary education, I was a  rooted in the work of God, I was disciple in the same church and ministered there for 2 years before I left because of envy. We had many of female ministers in the church. Among our prophetesses, one set up church  around Mosfala area in Ibadan, she employed me and I worked there till 1995 without being paid. I did not receive salary from anybody. Spirit of God warned me not to collect any salary, but those who come to me personally were taking care of me. Somebody rented a room for me, somebody later rented room and parlour for me. People were talking care of me before I was well established, met my husband and married.

How I Started Rock Of Salvation Church In IBADAN @ Age 19 was last modified: January 14th, 2019 by City People