Home News How I Was Rushed To The Hospital For COVID-19 – LONDON Music Promoter, DUPSY BABY
News

How I Was Rushed To The Hospital For COVID-19 – LONDON Music Promoter, DUPSY BABY 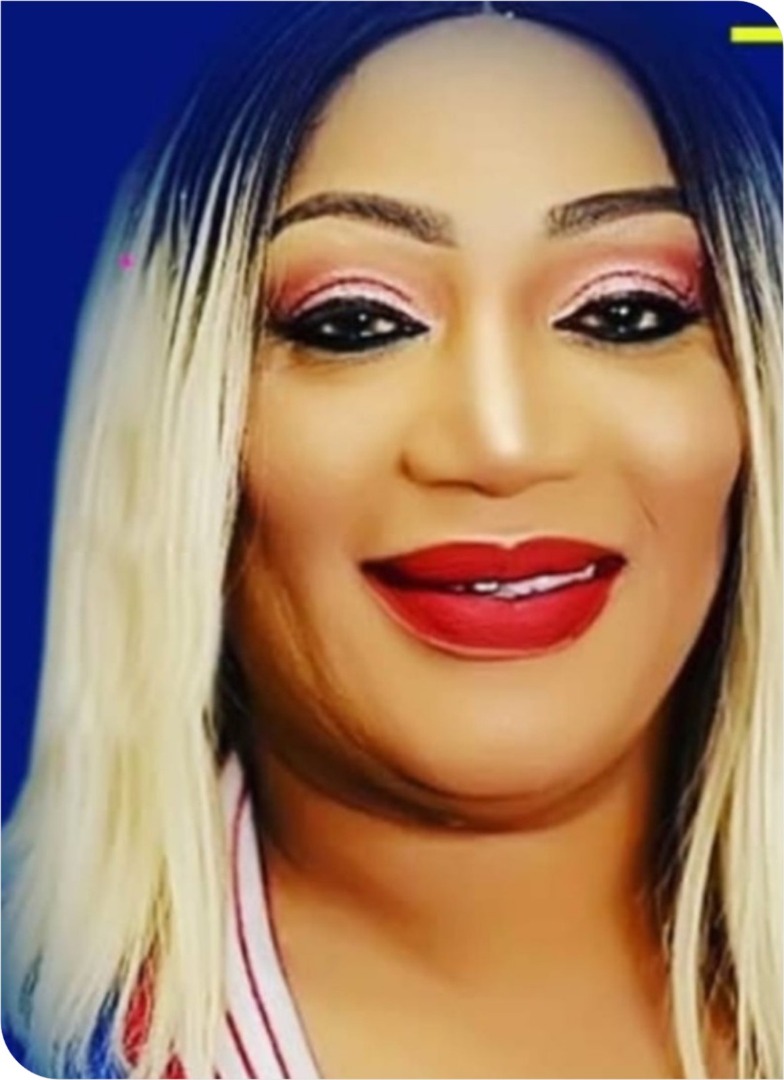 Weeks after she was discharged from hospital, London Music Promoter, Dupsy Baby is still recuperating and learning to regain her strength. She is still learning to walk again. Her eyeballs are still a bit dark. And she now wears a big sunglasses to protect them.

She recently suffered what looked like a Covid-19 attack. We used the phrase, what looked like because her ailment confounded her doctors. Reason? She was admitted into the hospital thinking she was suffering from Covid-19 because she manifested the symptoms until she was subjected to a series of test and she was returned Negative.

About 4 different tests were carried out by 4 different doctors and all were Negative. Yet she was severely ill and she kept telling her doctors how ill she was. For weeks, doctors couldn’t diagnose what was wrong, because she showed all the symptoms of Covid-19, but the results of all the tests were Negative, which necessitated for her doctors to call in more doctors. They were all confused.

What they concluded was that perhaps, Dupe was suffering from a pneumonia virus which behaves exactly like Coronavirus. She was placed on a series of antibiotics which her body rejected by throwing up and she miraculously began to feel better when she was given another dose of a different kind of anti-biotics.

After much pressure, they made her sign and she was released to go home. Miraculously, she celebrated her birthday at home.

Since she got home she has been going through physiotherapy session to reactivate the use of her legs and arms, all which had gone numb as a result of her illness.

Read on. Her story will move you to tears… She spoke on City People TV Instagram Live Chat.

How has it been since you got back home a few weeks back?

I have been resting and doing a lot of exercise. As you can see, I still have some dark patches under my eyes. (She removes her sunglasses to show us). I am coping very well. To the glory of God, I am getting better each day. I am recovering every day.

How did all this Covid-19 attack start for you? How did you get to know and how did you feel when you experienced it?

To be honest, I did not know anything about Covid-19 until I had the experience. All I know was what I read online that there is Covid-19 and that people should be careful. Prior to that time, I have been doing shows. I have been healthy.

There was this show that was coming up: Tope Alabi Praise The Almighty Concert. So I was actively promoting, pasting fliers, doing promo on TV and Radio. I was very healthy. And Taye Currency was in London for Alexes Promotion Show. I was there. I supported her. I was up and down.

Shortly after the preparation, on the 16th of March, Aunty Tope Alabi & her crew landed in London. That morning we were supposed to go and pick her at the Airport, myself and the other promoter, Yemi Adura Billy Que who I got involved in the event. We were supposed to go and pick her up at the Airport. But unfortunately, when I woke up that morning I felt very tired. I said to him and the other guys. I said you guys go and pick Evangelist Tope Alabi and her husband and all her band members, because it was a Work Permit programme that we got for her. It was supposed to be a massive event that was supposed to be a UK tour and to cover Dubai as well. They went to go and pick her and we lodged them at the hotel. I told my guys that I will join them when they are going for dinner unfortunately that evening I could not stand up. My body was aching me. I was having catarrh. I was having headache. I was having all kinds of aches in my body. I have never experienced this before. So I told them. I said listen, guys, I am not able to come for dinner. Guys, take Auntie Tope to dinner and her crew. I will join you guys tomorrow. I was to join them on 17th of March. The London programme was supposed to be on the 22nd.

Glasgow was 17th. We had Liverpool on the 18th. So I told them I will join them on the next day. But all through the night, I couldn’t sleep.

The next days, I managed to want to go out, but I could not move my hands and legs. And I called them. I said, hey guys you take Aunty Tope to the concert, the Liverpool Concert. When you come back I will join you. Everybody was wondering. BnS has put thousands of pounds into this programme. She has worked very hard promoting this programme. How come she will not be in Liverpool? Maybe she does not want to travel? They thought so, because I didn’t tell them the severity of what I was feeling. I just told them I am not feeling too good. So, they just thought its fatigue, that I am just tired.

They went to the Liverpool programme, they came back. The next day to the 2 programmes in Glasgow. They left without me. It is very, very unusual. Its a programme I invested thousands of pounds. It was not my fault. It was my body. I tried as much as possible, to make efforts. But when you are making efforts and the body is not even responding, I had no choice.

I told my son to come and pick me to his house, because in my house where I lived with my younger kids, every time they talk, it is like I have something in me that magnifies the noise in my ears and in my brain. So, I was feeling uncomfortable. My son lives by himself in his own house, so I told him to come and pick me.

So, I went to his house. On Day One, I was definitely, terribly ill. I was there till Day 2. On the 3rd day, I told him to return me back to my house because he had to leave his work to stay with me.

And they were calling him at his workplace to come back. So, on the 3rd day, I told him listen, you go back to work. You have left work for me for 2 days. Go back to work. Take me back to my own house. My son now dropped me back in my own house. But before he dropped me we had called the Emergency Ambulance. They came. They took my Blood Pressure. They did Diabetic test where they ping you with a needle on your hand, take blood and check whether your sugar level is ok or not. the peramedics did all those.

They said to me. Sorry, we can’t see anything wrong with you. They said it is just ordinary flu, that I should take Paracetamol & rest and I have been taking Paracetamol for the aches and Pains and it is not working. I even tried the Nigerian Alabukun. It wasn’t working.

So, my son dropped me back at my own apartment. By the time, he dropped me I have lost strength in my legs again. I could not stand on my legs again. I only could lie down flat on my Tummy. I could not stand on my legs at all. And I was wondering what is happening and I called my Pastor in my church and I told him. My Pastor came twice. He did prayers. The first time he came he did normal prayers. The 2nd time he came, he came to do deliverance prayers calling out every evil spirit, every power of darkness, I command you to come out. We did all those. And I felt a little bit healthy and I thought, oh the prayer had worked. I felt a little bit better. I could talk. Before I could not talk. But now I could talk. So, I told my daughters, I said call my friend, Fatti Makeover for me. Let me tell her what is going on. I then said call my sister Funke. (Dolly Pop Catering Services) for me. Let me tell her what is going on. They called then and I told them I don’t know what is wrong with me ooo! I can’t lift my body, I can’t lift my leg. I am feeling weak and my friend Fatti said give the phone to your children. And she commanded my children to take me to the Hospital. And they said to her they have called Ambulance twice. The ambulance did not take Mummy to the Hospital. They told Mummy to rest and stay at home. My friend said right now, carry your mother to the hospital. Drop her there. If anything is going to happen to her, let it be in the hospital, don’t let people say you kept her at home, and something now happened. You children are educated. You are graduates. How will you keep your mum at home? Take her to the hospital. My 2nd born now took me in her car, to the hospital. By the time they carried me into the car and into the Hospital I could not talk. My last born she is underaged. She is 16. She was the one who went to the counter to tell them. I could not talk. She told them my mum was sick. That was how they admit me. Most people that I saw that came they don’t admit them anymore because the hospital had already been filled up. Then, everybody had been aware of COVID-19 and Coronavirus. They said the symptoms I am showing is that of Covid-19 because I could not breathe, I could not walk, I could not eat for a couple of days. I could not smell anything. And I was having a severe headache. They told me that is the sign of COVID-19 and because it was a little child that brought me to the hospital they would admit me because there was no adult presence there. And I was unable to speak. So, they now admitted me to Kings College Hospital.

(To Be Continued Next Week)

READ ALSO: HOW I WAS BORN & LIVED AT THE BAR BEACH FOR 15 YEARS – EVANGELIST ATORISE TALKS ABOUT HIS GRASS TO GRACE STORY

How I Was Rushed To The Hospital For COVID-19 – LONDON Music Promoter, DUPSY BABY was last modified: May 24th, 2020 by City People