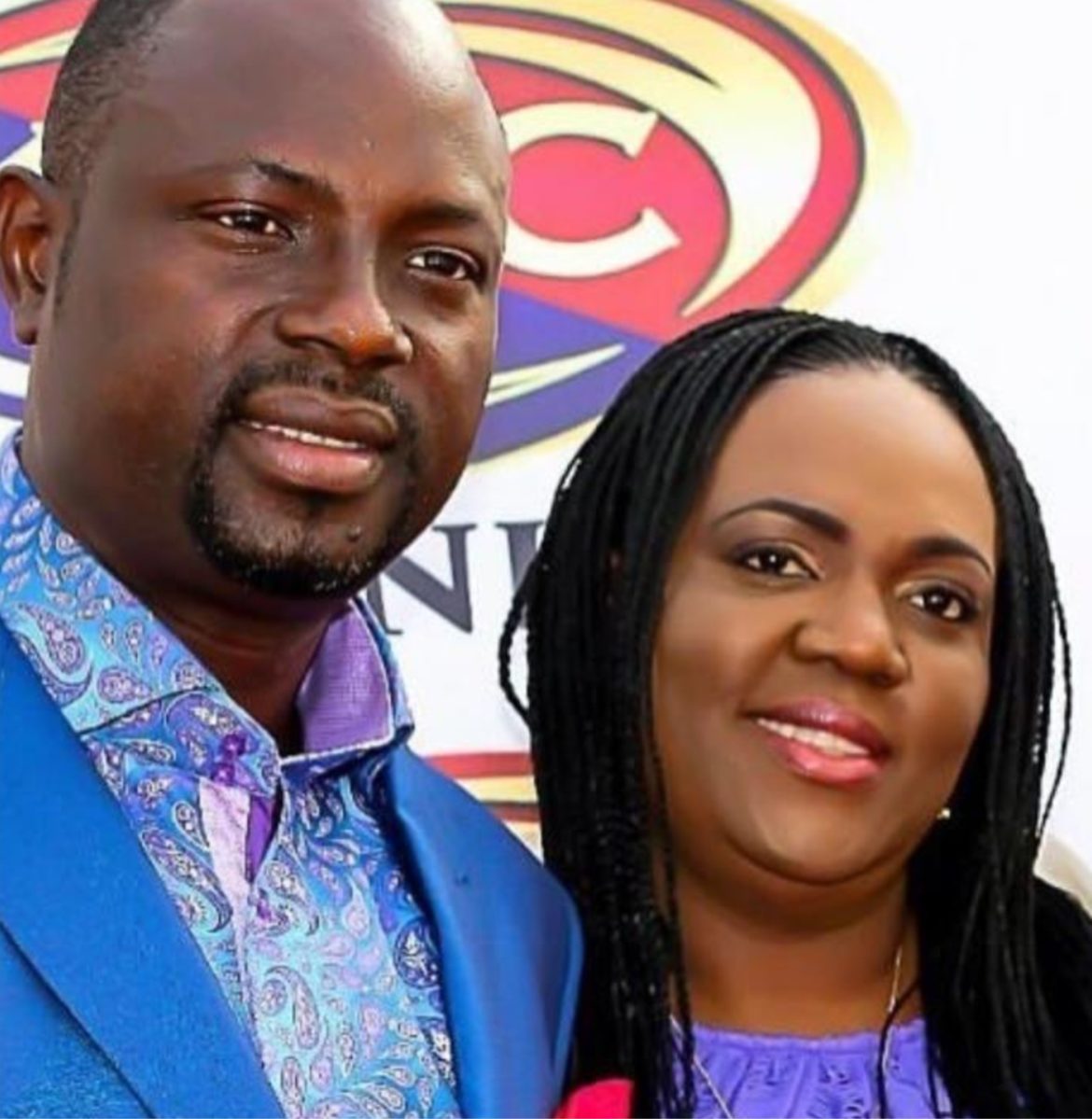 Pastor Femi Faseru is the resident pastor incharge of KICC Church in Lagos. He has a beautiful wife, Pastor Sade, behind him. The couple are both preparing for their 50th Birthday which is in few weeks. Pastor Femi Faseru is very popular but his wife is not too known. The woman whom many really don’t know is not the social type and rarely attends events except on ministerial basis. She seldom steps out with her husband and only on very few occasions will you see them together.

They have a beautiful home and she is the pillar that holds everything together for the Faserus.  In church, Minister Sade as she is fondly referred to handles the Women’s Ministry, She is also the author of the book, Five Star Rated Marriage which is a veritable manual for happy, functional marriage, and for successful living where she outlines gems like ‘The 5 Ss of Marriage and the ABC of marriage. Her ministry has reflected so much in her personal life as she combines the role of a godmother handling a lot of activities with balancing her home.

They have been married for over 2 decades and still waxing stronger. This amazing couple got married in 1996 and blessed with 3 children, Ifeoluwa, Olaoluwa and Iyanuoluwa. Pastor Femi Faseru had been married before he decided to take over a pastoral career and also to run KICC Church. They were both in the UK before they moved back to Nigeria to adhere to his pastoral calling.

This was where they met. Both of them are great motivational speakers when it comes to marriage because they have been in it for a longtime, it is one of the major strengths of their calling. Their beautiful love story which began in UK where they met was an interesting one, At where exactly did they meet and what was the attraction?, Pastor Femi Faseru who spoke to City People Team recently revealed how they both got stuck to each other from the very first day they met and what has kept the marriage going for the past 23 years.

How have you been able to handle your ministry and also play a major part in your home?

What myself and my wife have done is that, we had decided that we are not going to have  2 separate lives; that Pastor Femi is not going to have a church life and the family’s life because in reality of it, I only have one life. So what we have done is to make sacrifices along the line. My wife looks after the children for us. We are blessed with 3 children and we thank God they are all doing very well. So my wife wasn’t working. She was  there for the kids. They were all born in England, so they have the privilege of schooling there, tuition free. We seized that opportunity, as they got to the age we could release them to go and live abroad. We sent them one by one to go and study abroad. As soon as the last one went abroad, I just told my wife to be involved in the ministry. So every day I go to work my wife goes with me except when I go out to play golf because I do play golf about 2 to 3 days a week.

Can you tell us more about yourself, your parents and your background?

I am from Ijebu-Ijesa in Osun State. My dad, late Chief Ayo Faseru, was a civil servant. At the beginning of his career he had a stint with teaching and then went to civil service and he served as Chief of Protocol Officer to so many Governors from Western states, to Oyo State. He retired as Chief of Protocol Officer under Major General David Jenbewon rtd. He then went on to start an automobile business; a major automobile distributor for PAN (Peugeot Automobile Nigeria), as one of the major distributors when he set up Ayo Faseru Motors in 1978 which was the business he ran until he went to be with the Lord, on 1st of July, 2001.

My mother, Victoria Modupe Faseru, was a civil servant. She is retired. She is alive and well. That is my background.

How did you really meet your wife?

I met my wife September, 1994. It was in the UK and she had been living in the UK. She studied in the UK and a cousin of hers who was a friend of mine in Nigeria here, I wanted to meet up with her in the UK. There was this party that was going to come up, I invited that lady and she was going to come so that I will get to see her and gist with her. Her name is Dupe Awe. So I invited her but she needed someone to drive her to the party. So she invited her cousin (my wife now) so that she could drive her. When she then told me they were coming with a car, I stayed in my house and I gave her my house address to come. I was living with Gbenga Olunloyo at that time. So when they came, I decided to offer them dinner and jokingly I said what would they like to eat, that would they like to eat Amala? So they settled for Amala, and I went to the kitchen to do it and I made nice Amala for them. So I guess my wife thought this must be an angel; how on earth can a man be able to make Amala this way! So, later she told me that made a huge impression on her.

So we became friends almost immediately and we kept on talking. So that is how I met her and in 1996 we got married.

As at the time you met your wife, what did you see in her that made you decide to marry her?

She is matured. She is 2 and half months older than myself. My wife is going to be 50 in February. I have always been friend to the people who are older than me, maybe because of the way I reason. Having someone that was matured was a comfort to me. She is very simple. Down to earth and I think she is the Orchestration of the Lord because if I have an overly ambitious person it would have been difficult for me in the ministry but I have a wife who had worked in the UK as IT Consultant and when I told her we were coming to Nigeria, she said okay. And when we got here I told her I don’t want househelp to raise our kids; I want you to raise our kids, which means you are not going to work because I don’t want the driver taking the kids to school. I want you to take them to school, do their homeworks with them. And I said don’t worry I will double my work and pay your salary. That is how we manage our home. My wife has wealthy parents but you won’t see it in her. It wasn’t part of her personality and that attracted me to her.

READ ALSO: HOW TINUBU GOT AKALA TO SUPPORT BAYO ADELABU

How I Wooed My Wife With Amala In LONDON – KICC Pastor, FEMI FASERU Reveals Their 23 Yr Love Story was last modified: March 4th, 2019 by City People