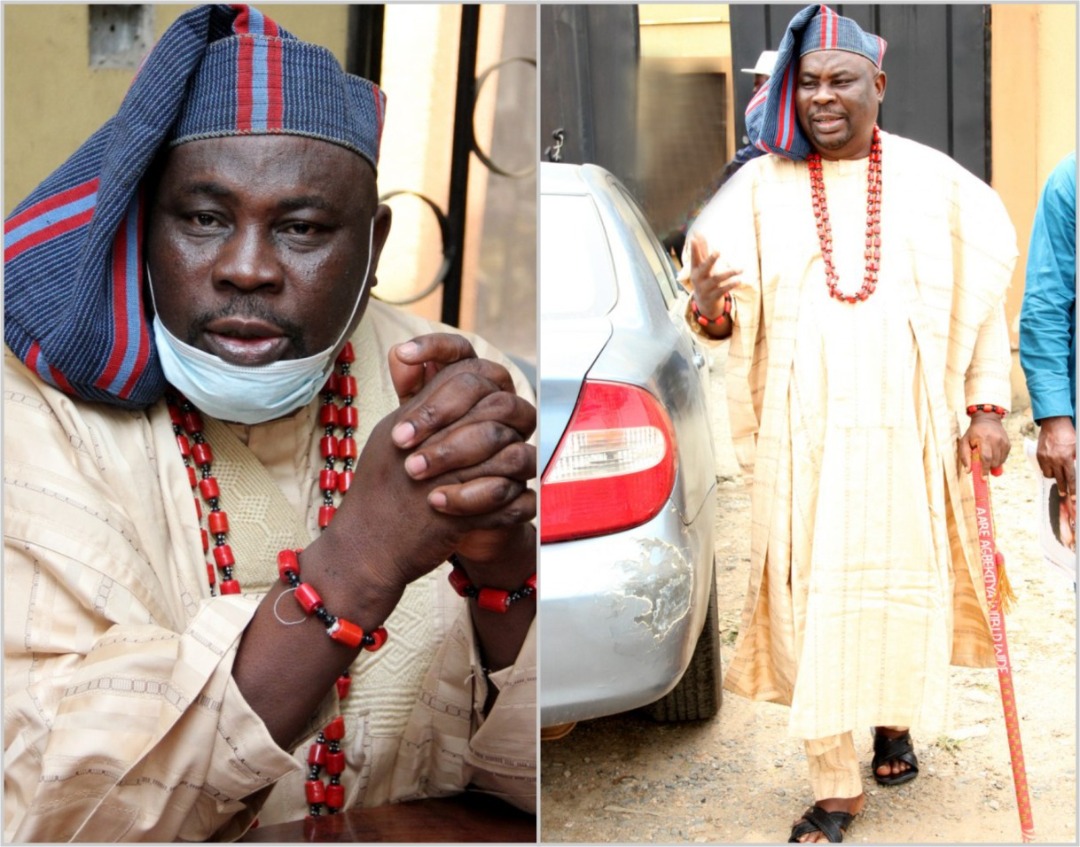 Can you tell us about yourself, your background and who you are?

My name is Kamorudeen Okikiola Aremu. When I was out of school, I worked with Daily Sketch Newspaper. Shortly after, I resigned from the newspaper. There was a day I got to work and I resigned and I went to Ahmadu Bello University to study agriculture. Later on, I started farming and if you are not patient you can not be a good farmer.

One day, I met a friend and we were talking about Agbekoya and the whole Agbekoya had only 39 members left at that time. I was not even a secretary then. When I joined the Agbekoya, anytime there’s a meeting they would ask me to write the minute. But what I normally do is that anytime they have a meeting, I would buy what they normally eat and drink. They liked amala, ewedu and so on… So I will give money to one woman to help us prepare food. And I will also buy a lot of Schnapps. There is something we call “Paje Pologun” and you must swear with this before you can be allowed into Agbekoya. If you can swear with this then you are free to join Agbekoya.

When Baba “Bogun Nbe” wanted to resign, he asked those who wanted to become the president-general to submit their names. I was not even close to anyone. And I couldn’t even give them my name. So, they were checking those names submitted with ‘Ifa’. When they checked the first 3 names, none was picked by Ifa. If anyone says he wants to become the President of Agbekoya, he or she was just wasting his/her time. After they had checked all the names, there was a particular man who asked for my name and he gave the man who was consulting Ifa. I was scared to the bone marrow. After a few minutes, that Baba ‘Bogun Nbe’ now asked everyone to be on their feet and he said Okiki, you are the president from today! We only need to do proper initiation for you.  And anybody who says you won’t be the president, the person would not witness the coronation. The man who was part of those who contested for Agbekoya didn’t witness my coronation. He tried to do something but he failed.

Did you have anything mysterious attached to your birth because we hear of that from great men?

My parents are from Ibadan Ayeye. I was born and bred in Ayeye. I was born at Oloyoro Oke-Ofa hospital. I was born on Friday. So my father was an Alfa, while my mom was a Christian. When they were bringing me from the hospital where I was born and it was that particular day the ‘Igunnu’ festival was held, so immediately the ‘Igunnu’ saw me, he now said they should stop so that he can pray for the baby. And my mother believed so much in her religion. So the ‘Igunnu’ now carried the baby and prayed and my mother was surprised. The ‘Igunnu’ now said the baby will be so powerful in the future. And his name would be Okiki and that’s how I derived that name Okikiola.

How can people join Agbekoya and how can they go about it?

Agbekoya farmers association is different from Agbekoya society. Agbekoya society is limited to Yoruba only because that’s where we practice the local use of medicine. That’s where you can join. We would only need Schnapps and some other items to appease what we call ‘Paje Polo’gun’.  You must be a bonafide Yoruba before you can be initiated. And the person shouldn’t be less than 30 years of age.

How IFA Picked Me To Lead The Agbekoyas At 38 – Aare OKIKIOLA was last modified: March 30th, 2021 by City People

Even As Vice-President, I Still Scold My Son – VP OSINBAJO’s Mum, OLUBISI OSINBAJO