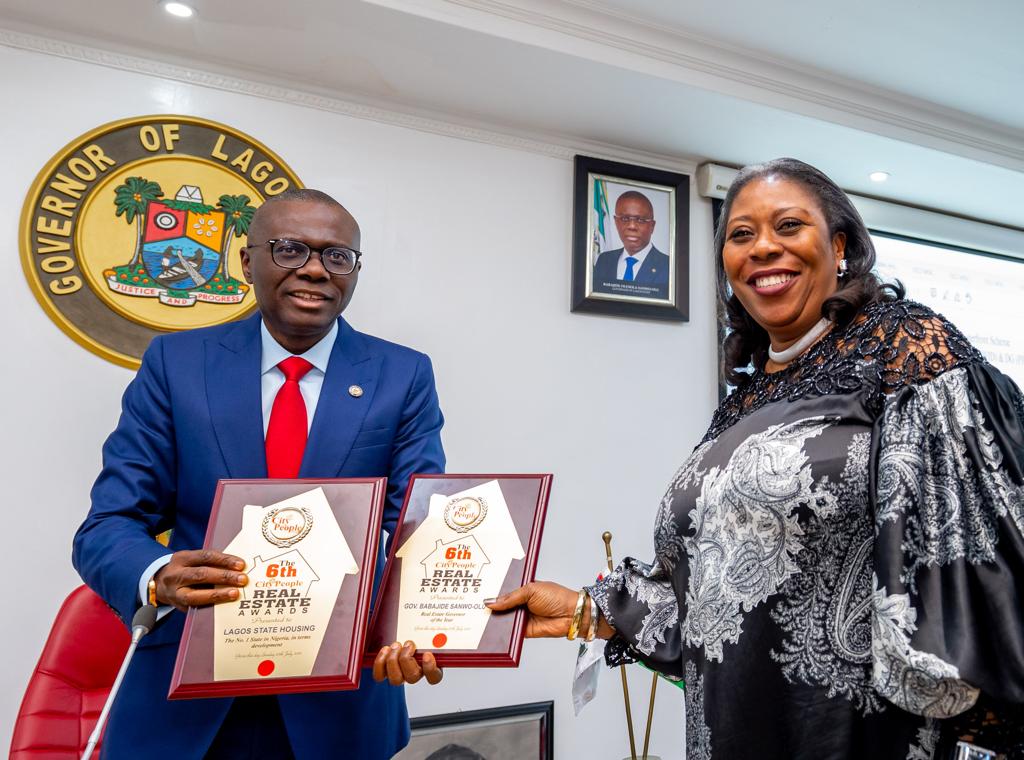 Shelter is one of the basic needs of man and for a city that happens to be the 5th largest economy in Africa, there is no gainsaying that it had to up its game in the area of providing housing for its people if it must find a way around controlling crime and other social vices. Many people don’t believe that Lagos has a very small land space but research has revealed that it is the smallest area of Nigeria’s 36 states, with a population of over 15 million. Lagos State is arguably the most economically important state of the country, containing the nation’s largest urban area.

More than 5 new people migrate to Lagos every one hour and whenever anyone feels that he is economically unstable in Nigeria, the next point of call is always Lagos. They know that opportunities abound and if they can position themselves in the state of aquatic splendour, they will always have a reason to smile legitimately if they choose to work hard and smart. With all of these in mind, it is important for a government that genuinely cares, to adequately provide houses if the state must achieve its dream of becoming a 21st Century megacity.

REAL ESTATE IN LAGOS BEFORE NOW

The S.A To Governor Sanwo-Olu on Housing, Mrs Toke Benson-Awoyinka has revealed the state of real estate regulation before she came on board. There was not much done about regulation and it appeared that practitioners were just running the business by their own rules and standards and that didn’t give room for appropriate growth and benefit.

According to her, “the real estate sector needed that intervention when we came in and we are doing that for the government and the people. We saw the need to intervene in that sector and we are doing appropriately so. We came in and met a sector that needed guidance, regulation and regulators and so, we took up the challenge and I feel that it’s just the beginning in the sector. We also want to assist, we want to collaborate, we want to create the perfect environment for their business to thrive while we are also doing what is expected of us as a government by providing social amenities for the people.

The real estate transactions department and I read the enabling laws from 2007 during the days of Asiwaju Bola Ahmed Tinubu, the executive order was by the then Gov. Fashola, he wanted to jumpstart from his predecessors’ regime. We looked at it as well and saw that there was a need to take it a bit forward. So, that was where it all started from. As a lawyer, read through law and you will be able to determine what the intents of the drafters are; so I guess that’s the way it is. I’m also a resident of Lagos, I’ve lived in different parts of the world and I know the way things are done in those environments and I dream of a Lagos that is very regulated in the area of housing, real estate and doing things the proper way just as the Governor says that we should make Lagos the proper 21st Century real estate investment hub that it should be. So, I think we are on the perfect track to get to that”.

THE ROLE OF LASRERA IN SHAPING DEVELOPMENT

In the quest and vision of the current Governor of Lagos State, Mr. Babajide Olusola Sanwo-Olu in making Lagos a 21st Century Economy, the Office of the Special Adviser on Housing had the mandate to oversee the erstwhile Lagos State Real Estate Transaction Department in the Ministry of Housing as established by Law on the 18th of May, 2007. The Law was expedient due to reported/ increasing cases of fraud in the Real Estate Sector. However, after careful examination of the laws and engagements with relevant stakeholders within the public and private space, Mr Governor unveiled the intention of his administration to put an end to fraudulent and unscrupulous practices in the real estate sector.

The Lagos State Estate Agency Regulatory Law, Cap L28, Laws of Lagos State, 2015 (“Law”) presently in operation in the State, provides for the establishment of the Lagos State Real Estate Regulatory Authority. The essence of this Law is to regulate real estate transactions in Lagos State by identifying persons eligible to be licensed as Real Estate Practitioners and provides for the issuance or renewal of annual permits, as well as collating and registering Real Estate transactions in the State. Specifically, the Authority has the responsibility for maintaining a register of Licensed Real Estate Practitioners and sanctioning of unlicensed Estate Agents in the State. In its bid to sanitize and promote transparency, the State must keep a database of persons dealing in Real Estate transactions, regulate and monitor the activities of all Practitioners. Thus, the State must ensure strict compliance and adherence to the law in its efforts to protect citizens and rid the State of unethical practices in the Sector.

HOW THE GOVERNMENT HAS CONTRIBUTED TO HOUSING DEVELOPMENT

“These and more are some of the efforts of the government individually and in partnership with the private sector in reducing the housing deficit in Lagos. Also ready for delivery before the end of the year are •660Units at Agbowa, Ikorodu.• 325Units at Ibeshe, LagosHoms.• 626 Units at Abraham Adesanya Housing Estate, Eti-Osa LGA.

Not much has been said in the area of collaboration with the private sector to provide affordable houses for Lagosians but just last week, Gov Babajide Sanwo-Olu broke that jinx. Sanwo-Olu has promised to make available to developers 50 hectares of land for the construction of housing units as part of efforts to reduce the housing deficit in the state. The promise was made known by Sanwo-Olu at the opening of the Second Edition of the Lagos State Real Estate Market Place Conference and Exhibition with the theme: “Lagos: 21st Century Real Estate Investment Hub”.

The governor while reacting to the demand for land by the developers, said that the major problem was that a great number of developers did not have the capacity they claimed to have, with a lot of them holding on to the land and speculating.

MONTHLY TENANCY SCHEME COMING ON BOARD

Sanwo-Olu has said by next year, a new policy for monthly tenancy on property occupancy would commence in the state. The governor disclosed this at the Lagos Real Estate Market Place Conference and Exhibitions organised by the Lagos State Real Estate Regulatory Authority (LASRERA).

According to a statement signed by the governor’s spokesperson, Gboyega Akosile, the governor explained that the concept is not to punish the landlord or reduce the expected revenue of the property owner.

“By next year, Sanwo-Olu said a new policy of monthly tenancy on property occupancy would kick off in Lagos. The concept, he said, is not to punish the landlord or reduce the expected revenue of the property owner.

“He said monthly tenancy would ease off the pressure of yearly rent on tenants, as the new policy is designed to make people pay their rents according to their monthly earnings. The policy, Sanwo-Olu said, emanated from an agreement reached by the association of tenants, a consortium of financiers, and the Government,” the statement read in part.

Addressing the cause of the high affordability of property in Lagos, the Governor said the State’s partnership with the private sector had raised the housing stock but added that the non-availability of long-tenure mortgage bonds made it impossible for low-income earners to benefit. The Government, he said, is thinking out of the box to design a financing model that would reduce the burden on mortgage applicants, while also charging real estate developers to reduce the cost of developing property by engaging local competence for skills outsourced to foreigners.

“We should not just build property only for consumers, we must also build skills and integrate them in our built environment to showcase great output. Technical and vocational skills are things we must deliberately harness and reflect in our work. At the end of the day, we must be able to design a housing development and ownership model that is fit for our purpose and peculiar to our local needs,” Sanwo-Olu said at the event.

Sanwo-Olu also revealed that the issue of land-grabbers (omo onile) which has become a very big concern for many real estate players will soon become of the past has the government has put machinery in place to tackle it.

He noted this on Tuesday, December 7th, 2021, at the second edition of the Lagos Real Estate Market Place Conference and Exhibition which held at the Expo Hall, Eko Hotel and Suites, Victoria Island, Lagos State, with the theme: LAGOS: 21st Century Real Estate Investment Hub.

Mr Babajide Sanwo-Olu assured us that the incessant issue of land grabbing will soon become a thing of the past as he ordered excision on untitled land across the state to enable the State Government carry out documented delineation on communal land and land owned by the families.

“I think a point has also been made around omo onile, very touching and I think the Honourable Attorney-General has a major duty and responsibility in this matter. There was a committee that we set up and is working with us but more importantly, is to announce to this gathering that I’ve made up my mind

The Governor also said that a technical committee will be set up to fine-tune the framework for the excision process on untitled land, with the objective of granting Certificate of Occupancy (C-of-O) to landowners for transparent sales of the asset.