How My Colleague Was Murdered In ILORIN – Popular Actress, TOYOSI ADESANYA 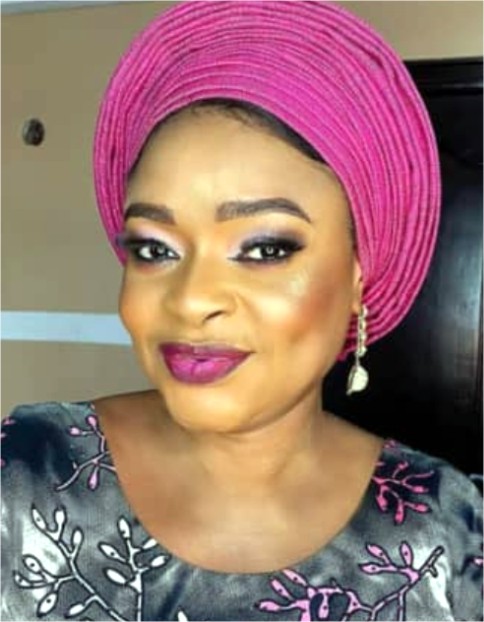 Popular Actress Toyosi Adesanya is one of the few actresses that has been able to create a niche for herself in the industry. She occasionally features in English series such as Super story Papa Ajasco and others. She joined the industry in 1993 after training under the Odunfa caucus under the leadership of Yinka Quadri Taiwo Hassan and Abbey Lanre.

Today she has featured in lots of movies and produced some too. In this chat with City people Senior Showbiz Reporter BIODUN ALAO she talked about what has kept her relevant in the industry for close to 3 decades, her ordeal with the Fulani’s herdsmen that led to the lost of her colleague Juwon Awe and her regret in the industry.

Below are the excerpts.

What has made you remain relevant in the industry for close to 3 decades?

Its been the glory of God Almighty. God has been so merciful close to 3 decades of his mercy grace and favour. And I will remain a theatre practitioner till eternity I want to be an evergreen artiste.

Are you presently working on any project?

How do you cope with shuttling between Ondo and Lagos for movie production?

It’s the nature of my job, my husband and I stay in Ondo state and most times I need to travel around the southwest to feature in movies because I don’t want my face to fade away in the industry. Out of sight is out of mind so to remain relevant I have to keep featuring in movies and shuttling around these states is part of the efforts I have been making. Honestly, it has not been easy but God has been faithful.

How many years have you spent in the industry professionally?

What is the secret behind your successful marriage?

Honestly, I didn’t do anything extra to make that happen it’s just God’s grace.

Looking back at your 27 years journey in the industry do you have any regrets?

My only regret is not knowing how to drive. I even went to train still I couldn’t drive and that has limited me getting some movie roles because it will take extra effort and start to achieve driving scene in movies. I have come to the conclusion that it’s spiritual I have a phobia of driving.

Can you tell us about the incident that happened in Ilorin last year and how it affected you?

It was a terrible experience. I don’t even like talking about it because everything happened right in front of me. We were on our way to a movie location and Awe was the one driving the car when armed men attacked us, they started shooting sporadically at us and he tried to dodge the bullet but unfortunately, the bullet met him through the side and he lost control of the car and the car somersaulted into the bus and he died on the spot. They took away our things including phones and money they were arms and we were there for hours they tried raping my PA twice initially she said she was menstruating, later she said she was pregnant. They dragged me away and said they don’t want to see my face, they attempted shooting my brother as well it was just God that helped us that day even after 5hrs they left we didn’t know we still stayed shivering in fear there. There was a Yoruba man amongst them and he kept saying we shouldn’t have travelled at that time.

The incident affected me emotionally I had lots of nightmares after the terrible ordeal. It took me 2 months to come out of the trauma.

How My Colleague Was Murdered In ILORIN – Popular Actress, TOYOSI ADESANYA was last modified: March 24th, 2021 by Biodun Alao