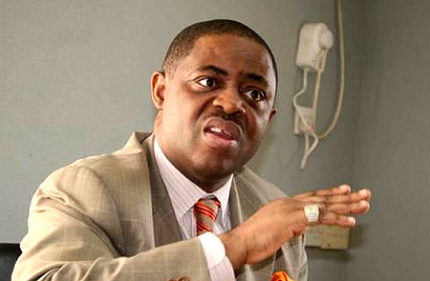 But for his father’s opposition to his decision to join the British Army, Chief Femi Fani-Kayode would have been a Soldier now. Read his story below.

You are very critical of the North & the Fulani’s. Whenever you meet with your northern friends, how do you relate to them?

Those that are my friends know me very well. I lived in the North. I have lived in the north since 2002. And I understand northerners very well and I understand the challenges that the northerners face. I know the divisions and the power of religion there, and I know the kind of politics that go on. I also know the history of the north as I know the history of this country. My views are my views. I don’t shy away from speaking my mind. I say what most people think and dare not say. And I think there’s nothing wrong with that. It’s a virtue to be able to speak your mind and to be truthful and to speak facts. I don’t fabricate things. So when they see me, most of them will say to me, look we are not all like that, why do you keep on generalising? And that’s a fair point, because they are nor all like that.

Now, a situation where, in our country, you can’t argue with me on this, as a northerner, a situation where every security agency apart from one; the Navy, I’m talking about the Military Intelligence and everything is headed by Northern Muslims, and I’m a Christian. How do you want me to feel? Turn it around, how would you feel if it was the other way round?

And then you now look at the carnage in the Northeast, Boko Haram, the most deadly terrorist organization in the world and the government is not fighting as effectively as they should. You go to Northwest, Fulani herdsmen and ISWAP, Isis West Africa operating freely, and the government is not fighting them as hard as they could. How do you want me to feel? And then you look at what’s happening to communities in the Middle belt, specifically Christian communities, which are targeted such as Kaduna, Taraba, Adamawa, Plateau, these are Christian states. How do you want me to feel as a Christian? True friends speak truth to one another. I have only voiced what I believe to be true, and voiced the minds of several millions of people. The mistake that I think I made is that there are many people in the northwest itself. That is Fulani in the northwest that are also being slaughtered by these evil souls, perhaps even more than the middle-belters and the southern Kaduna, but they don’t speak out and nobody cares. Nobody covers it. I have realised that now, and it is incumbent upon me by the virtue of my northern traditional title, to speak for all the oppressed regardless of which zone they come from.

At the time you went into Politics in 1990, what was the attraction?

Well, you know I was very young then, 1990. Remember now, Seye. You know me that time. I have done a stint at Rotimi Williams after my Law School for one year. And I went to my father’s law firm too in Lagos for about 4 years or so. And I thought to myself, if I was going to practice in Law, I will practice in the UK. I have never schooled in Nigeria, things were very difficult here for me. It was slow and was very complicated. When I became a lawyer which I never really wanted to be…

From that point, my whole psyche developed into one of aggression, and that of defense and so on. But, when I tried to join. I told my father I’m going to join the British Army Officer corps, and that most of my friends are going there. I gave him the form, and he just took it and he tore it, and he said, “no, you have to become a lawyer like me, and like your grandfather. You have to go to Cambridge. You have to be this and you have to be that. So, that’s how I ended up becoming a Lawyer.