How My Hit Song IGI ARUWE Made Me Popular – Gospel Artiste, BIYI SAMUEL 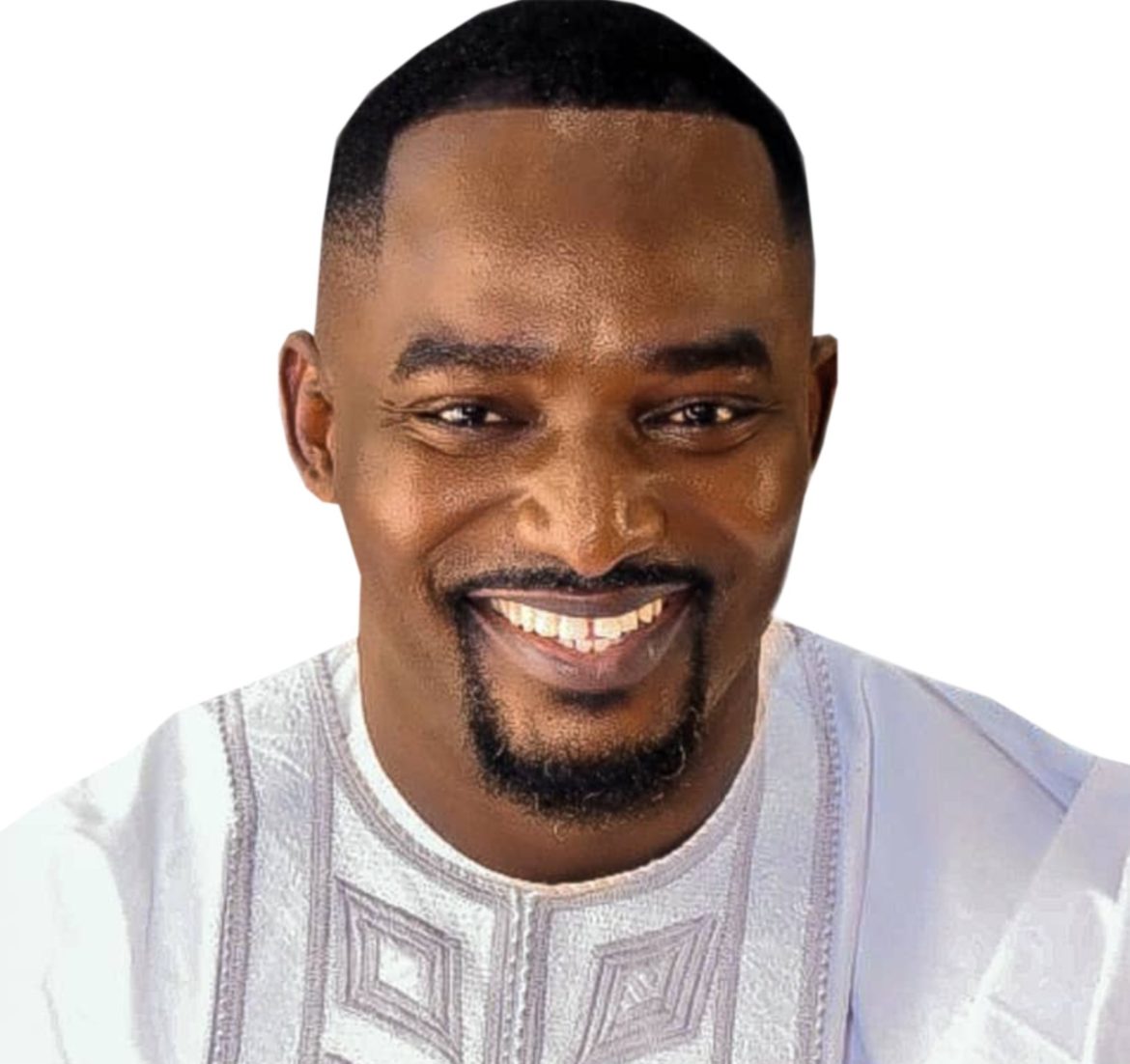 Nigeria has great and talented Gospel Artistes in the country and one of them is Biyi Samuel that sang the popular song, Igi Aruwe. Biyi has been an artiste for 24 years and he is doing great in that field. Over the years, he has recorded 7 albums and they were all good music that people love to listen to, he also does sound tracks for movies. He is one of the few that has maintained their originality and he has been able to carve a niche or himself in the music industry.
When Biyi Samuel sings, everyone is filled with the spirit of God. He is one of the most handsome male gospel artiste that sure knows how to pull the crowd whenever he handles the microphone.

Some days back,  he spoke with City People Society Reporter, TOYIN OGUNDIYA, about his career, life and what inspired him to do Gospel music. Below are excerpts from the interview.

Tell us how the journey has been so far?

It’s been fulfilling and amazing.

How long have you an Artiste?
24years.

What actually influenced me is the fact that, I was born and raised in the church, Christ Apostolic Church (CAC), although I left CAC because I had to go and stay with my Uncle who was a Reverend at Abule Egba and that was where I met  “Kenny Kore” he is also a Gospel Artiste, I think that Church thing actually influenced me to do Gospel music and I have been enjoying  it.
When did the big break happen?

The big break came but it was rather controversial because my first album was with Decross, I recorded my first with Decross in 2000 /2001 but of course, I have been doing music before my album, after that, I met with late movie actor/ director Yomi Ogunmola. He said there was a film they wanted to shoot. He asked me if I could do a movie soundtrack, I said let me try, you, I am a church person and at that time, I just left OAU and I don’t really know much about movie soundtrack, I was like let me just try, look at somebody like Tope Alabi, for me to do a movie soundtrack that will be as good as Tope Alabi’s own, I tried and God took control and that was 2002.

What is the Title of the Sound Track?

Igi Aruwe, the popular Igi Aruwe and it resulted in a big controversy after the whole thing people embraced the soundtrack, Femi Fadeyi a movie actor and I actually agreed that I will be his artiste and we will shoot the video together, but I don’t know what later happened, he went ahead and shot the video the songs and it caused a lot of confusion, people were like this is Biyi’s voice and we are seeing Femi’s face, he mimed on my voice an.
It resulted in a big controversy. People were like, this is too real to be taken, people have always known me as a signer and a church singer, so they knew I was the one that sang the song, it went on like that for years. There was a year when Bukky Wright was about to do a movie premiere at Grandview in Magodo, we met through late Muyideen Alade Aromire, he told Bukky Wright that I was the one that sang Igi Aruwe, Bukky Wright asked me to perform at her Movie Premiere. It was that very day that God intervenes with the media. In a way I can say I have been product of the media because it was at that point I met a lot of people that work with the media, they were surprised to hear that I was the one that sang Igi Aruwe, that day the ran a lot of interviews though I went through a lot, I paid the Price for that revelation, it’s been fulfilling’s anyways, I appreciate God.
Who are your mentors?
Akeem Kareem, Babatunji Oyelana, I love those real people, I love them for their speech, their dynamics for their musical dynamism, I always listen to them when I was much younger.

How many album have you released so far?

About 7 albums, The first one was Sacrifice that was 2000/2001, Igi Aruwe, was the second one, it went the way.
But it’s still my song, it carries my name, after Igi Aruwe, I did “Papas Promise” for the late Prince Muyideen Alade Aromire, I recorded another album “Orun Si” I did another one for Omolara Christian music at Ibadan titled Kabiosi” After Kabiosi I did finally.
After finally, I did Ori Mi  (My Head), we did “Adura” after Adura, we did  “Presence”.
But this year, by God’s Grace we are planning because there is a concert we will be unveiling a new album, we titled it “Ogo De” (a new Glory has arrived).

Would you say being a Gospel Artiste is very challenging?

If I have to be frank, then I have to say that it’s very challenging. In the area of finance and secondly, you hardly get an endorsement. Unlike the Hip Hop artiste, but then what I just way to say is that, if you do it well and you are genuine, if God is really with you if you are being truthful and you are disciplined and of course you pray very well, you will get there someday. Recently Gospel music is beginning to get more interesting because we have people like Tope Alabi, Sammy Okposo, Nathaniel Bassey.
I also believe that I have not stayed for too long in the industry to make it.
I thank God for what he has done and how far he has brought me and where he is taking me, I want to believe strongly that God is going to do something bigger.

Tell us about your background?

I was born in Epe but I am an Origin of Ijaiye in Abeokuta, I have always been a Lagos guy, I had my primary school in  Ikorodu, from there I proceeded to Iyaiye Ijokoro after spending few years at home I proceeded to Obafemi Awolowo University to study international relations.

At what point did music come in?

Music has always been part of me, in 1994 I lost my Aunt, she had an accident and she died and we were very close. I had a revelation that I have not been able to forget. In the revelation, I saw that I was somewhere at OAU motion ground in Ife, it was so clean and free, in that revelation, it was close to the sky and I saw my Yoruba teacher in Secondary School, you know dreams can be funny, so I saw her sitting somewhere, was singing in that dream, at some point, people were coming one after the other, after the dream, I went straight to my mom. She was still alive then I explained the dream to her, I have been singing in church even before that time.
Mom took me to a prophet, we prayed and he said God’s want me to praise. So it all started from there.

Has it been paying your bills?

What else do you do apart from music?

I do business, farming and I have a poultry. My dad was an Agric staff, in Lagos State Ministry of Agric before he retired and he eventually passed on, Agriculture has always been part of me especially the Poultry aspect, I do some other petty business too.

What would you advice the upcoming artiste?

Lanre Teriba is my friend but there is something the guy has, even if you are angry at him or maybe someone reported him to you, the moment he takes the microphone to sing, you will forget what  he has done, you may later revisit it but you won’t remember anything when he is singing, what I will advise them is that, they should be real, just like Tope Alabi, when she grabs the microphone and starts singing, you will forget anything that is troubling  you, I will just tell them to origin and be real. I keep telling young artiste that comes to me that, I don’t have a building in Lagos yet but I have been able to cave a niche for myself not because I have lots of money but because they know I have been able to maintain that identity.
So, they should just be real, we know we cannot go back to the days of Baba Obey, King Sunny Ade, Fela Anikulapo Kuti. There are times that I go back to listen to Baba Obey’s song to get inspired.

How have you been coping with ladies in the industry?

You know what Pastors do…

Every Pastor goes for a beautiful woman, but the truth is, it’s been God’s Grace. Ladies can actually help and they can ruin you too, the same thing goes with money. For me, we cannot take women out of our Ministry even as a Pastor. For me, ladies are part of my ministry, but there is always a time when you call a spade a spade.

Who among the popular Gospel Artiste, do you still want to work with?

For now, I think, Nathaniel Bassey and Efe Nathan because I like their vibes, my songs are predominantly in Yoruba but I do a blend of English and what I call Egba fuji and that is my signature but I would love to work with them because they are spirit filled, I love their dynamics and I respect them. Maybe in the next future my big sister Tope Alabi.