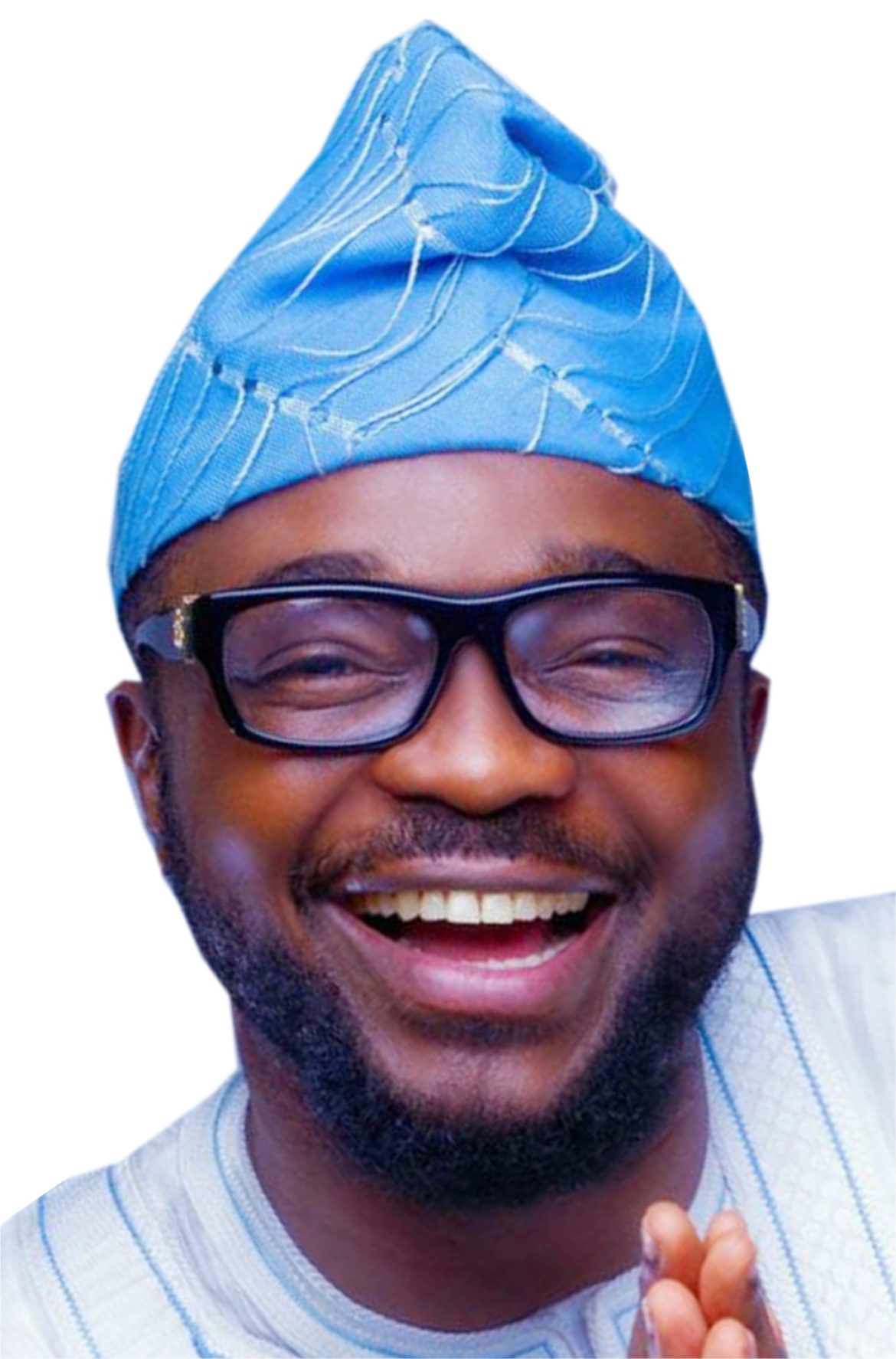 Nigerian gospel scene is replete with amazing talents whose songs will stir your soul and inspire you spiritually. One of such gospel entertainers is Mike Abdul. A member of the hugely popular Midnight Crew, Mike Abdul stunned many years ago when his solo career took off on a blistering start. His hit song, Mo re, written for him by another top gospel act, Monique, and Korede, are two of his biggest hits to date. The good-looking, ever cheerful and down-to-earth singer has remained one top gospel singer in the last few years that has been very consistent with his craft, churning out hit after hit and staying very visible in the industry. Two weeks ago, the Mo re crooner, who won City People’s Gospel Singer of the Year award, visited the City People corporate headquarters at Gbagada, and spoke to City People’s Senior Editor, WALE LAWAL (08037209290) and Senior Showbiz Reporter, BIODUN ALAO on his exploits in the music industry and how his hit song, ‘Mo re,’ changed his career. Below are excerpts of the interview.

How do you feel winning City People’s Gospel Singer of the Year Award?

I am excited. It is City People’s award and it is prestigious. No be today, they have been there a long while now, so I’m very excited and happy.

You are one entertainer that has surprised a lot of people and I guess that has to do with your group, the Midnight Crew, you weren’t often seen leading the group, and for you to have broken out the way you did has been amazing. How would you explain this?

You know, being a group, you want to give expression to everybody within the limited time and of course when it comes to my time I try as much as possible within the group to find my expression within the limited time and all that and I think that was a form of training for me. So when I now broke out as Mike Abdul, I first felt lonely because now there was no one to start it before passing the baton to me, now I have to start it, pass the baton myself and finish it. It was difficult but I scaled through. All I did was to learn from what the group started with and I took it from there and by myself passed the baton to Mike Abdul within the Mike Abdul Platform and thank God we’ve been getting it right.

We would like you to tell us a bit about your background. I am particularly curious to find out that part of you because there is something about your songs. You seem to infuse a bit of the street influence which you have had over the years and which has helped you carve a niche for yourself, so how did all of that evolve?

I grew up to start loving music because my dad played a lot of records in the house. I fell in love with King Sunny Ade, Ebenezer Obey, and also fell in love with Wasiu Ayinde Barrister, Kollington Ayinla and the Waka Queen, Salawa Abeni. I just love their percussive music because they were beautiful. Between KSA and Ebenezer Obey, I think I went more for KSA because he had more percussion in his music and that’s how it took off for me. Then, as a teenager I saw this picture of this fine fuji boy, I mean Fuji guys were not usually that fine, they were always on Buba and they were always elderly too. And the fine fuji boy turned out to be Wasiu Alabi Pasuma. He was on all jean outfits and I had never seen any Fuji act like that, so I was like, this is really nice o. But I think what really brought out was when I when I got to Yaba College of Technology and it was all young people and they felt that they needed something youthful and someone suggested we try out Fuji and that was amazing to me. So we tried Fuji on gospel and we got a lot of eyes looking at us like, what is this? And with that kind of thinking, we took it from there. I would not fail to mention Dekunle Fuji who also inspired me because he was the first person I heard who did gospel music using the Fuji genre and I thought it was amazing. I did my research on Fuji and how we can make it work with gospel music, we took it from there and here we are.

Correct me if I am wrong, I think the arrangement with the members of the Midnight Crew is that any member could pull out, do their own stuff and still come back as a group?

Yes, that’s correct, that’s was what we did.

How has the experience been for you going solo and since when did you begin your solo project?

Mori re, I recall, was one song that shot you up there, how was it coming up with that particular hit song at the time? Was it something you had all planned out and you knew this was the way to go or it is something that just came out of the blues?

Amazingly, I didn’t even think about the song, it was not the kind of song I was thinking of but you know what we do is gospel and I even think, even if it is not gospel, whatever we want to do it is better to always seek the face of God. So I sought the face of God because this was my first step as Mike Abdul. You know I had always been with Midnight Crew so I am now going to be Mike Abdul and I really prayed about it. You know there are sometimes you feel you are in trouble and you won’t leave the presence of God until you hear him speak to you. So I think that was the situation I was in and at that time, I just heard one voice tell me that I should go and look for someone the world is listening to right then and I should tell that person to write me a song. And that time, I was privileged to be on the song, Oba Gbogbo Aye by Monique and that was the song that was going around in churches then, so I called her up and told her what I heard and I asked her to please write me a song and she agreed. Then, in early 2013, she called me up and I was in the U.K. with the Midnight Crew and she said she got a song in her dream and she thinks the song is for me. I asked her to sing the song and amazingly, I did not like the song. May be because I was in the U.K., I was feeling it was too local and that was that. Later in the day, I told her my mind, that I don’t like that song and asked if she can write another song, then she said I didn’t just write that song, I received it in my dream and I think it is for you since you were the one that asked me to write you a song. But somehow, in the afternoon of that day, that small voice came back to me saying when it comes to things of God, you don’t have to like the instruction, all you need to do is obey, You don’t have to like your hit song, all you have to do is sing the song. So I called her back and asked her to sing the song again. I still did not like the song but since it was an instruction, I had to love it. I got back to Nigeria and then we hit the studio, we recorded the song and I just released it because of the instruction. The reception we got was amazing and all I could do was not take the credit but face the heavens and say God, you are awesome. And I learnt that the keys and manual of our lives and destiny in the hands of God and we need to meet with God to get it and read through so that we would not malfunction. What happened to me through that song is always a great testimony for me.

It is five years since Mori re, how have you handled the fame? One of the concerns a lot of Christians have for anointed gospel singers like you who go into showbiz is that you may get overwhelmed by a lot of influence which could, in one way or the other, pollute that anointing on you, what’s your take on this?

I think we are not infallible and we still are not infallible, so I always advice that we keep ourselves to a programme that we adhere to. We don’t feel like praying everyday but you see, we make it a point of duty that we must pray every day. If you allow yourselves to be complacent and idle you will lose it and the devil will come but when you keep and follow a programme, even in spiritual things, it is better that way. I have daily, weekly and monthly prayers that are very important to me. They keep me connected. It is not easy to stand by your flesh alone because it will always fail.

Do you have a couple of artistes you intend bringing up?

Oh yes. I started my record label, Spaghetti Records and my first artiste that I signed was in 2012, that’s Monique, and we recorded the Oba Gbogbo Aye song and released the Album. Also in 2015, I signed another artiste called Adam, we’re strongly working on him and he is looking good.

What should we be expecting from you in the next few months?

Amazingly, this month we are releasing two songs from Midnight Crew in a few weeks. I have also done a song with sister Tope Alabi and I am working on another song with uncle Yinka Ayefele, so we are working on a couple of things.

Are there any chances you could also work with some of the big names in the music industry outside of Gospel?

Well, I think there would be chances, once we know and agree on the message, sure, we can do that.

Let me put you on the spot, do you have a problem working with some of the hip-hop ?

Seriously, if you had asked me this question 5 years ago, I would’ve said, no, but now I know better. It has to do with the message and our intentions. If our message and intentions agree, why not?

For Christ’s sake, I am a Nigerian and whoever it is, is also a Nigerian and we are about to talk about the Nigerian situation, I am not going to look at that person whether he is born again or not. What matters to us at that point is Nigeria and we will talk about Nigeria.

I am sure a lot of your fans out there would like to know some personal things about you.

Wyclef Releases the Video For His Ode...

Wande Coal Plays With Colors In His...