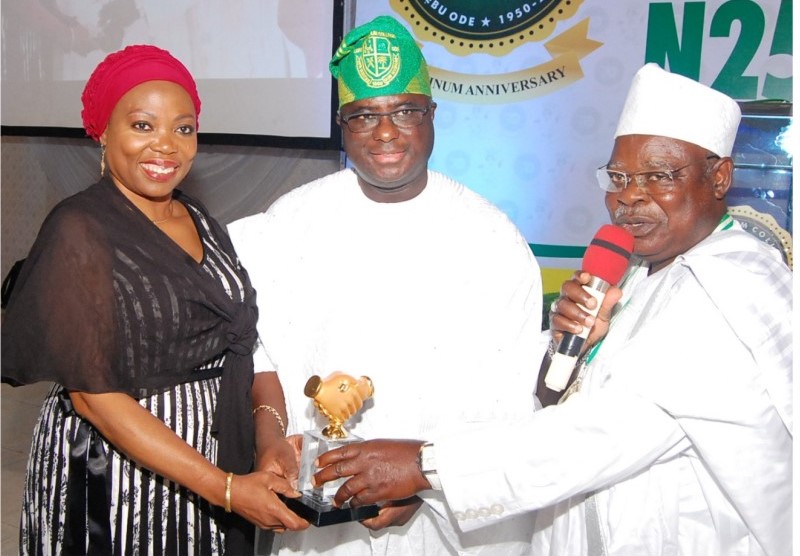 At the recent Ijebu Muslim College Old Students Association (IMCOSA National Body) event in Lagos, one of the old students of the great Ijebu-Ode school, stood out distinctly. He was not only instrumental to the success of the old students N250 million Pre-Anniversary Fund Raising Luncheon meant for Infrastructural Development Project for the school, he was highly commended for his vital role in making sure that the gathering of old students was very successful. The man is Asiwaju Taiwo Adeniji, a Senior Director at African Finance Corporation.

Congratulations on the success of this pre-anniversary fund raising Luncheon of your alma mater. The organisers have said a lot of nice things about you, as being partly responsible for the success of the event. How come you are so super committed to the cause of Ijebu Muslim College?

It is because am a product of the school. We need to give back to society. Maybe, I should tell you a little about myself. Asiwaju Taiwo Adeniji is a product of Ijebu Muslim College. I entered in January 1973 and finished in 1977. I have always been involved with the activities of the school as an old student. It is a school that I am very proud of. It’s a school that I will like to continue to make contributions to its development.

You asked me why I am actively involved in the pre-Anniversary fund raising luncheon for infrastructural development projects for the school. It’s because these days, the government does very little in terms of Infrastructural provision in our schools. Mostly, once the government is able to pay teachers’ salaries that is all about it. So, it is now the old students who have to be a key provider of infrastructure. It is the same with Ijebu Muslim College. The population of the school has continued to grow. The school currently has more than 4,000 students. So, they need more classrooms and facilities, etc. And without the old students coming in to make contributions, you won’t be able to produced quality graduates that we need to develop our country to move the country forward.

That is why I have been involved. It’s my passion to contribute to the continuous development of the School. I have been doing it almost since I left the school, because I was the President of my set. That is set 73-77. I was president for over 10 years when I was in the college and in the university as well, I was also the President of Ijebu Muslim College students association as at then University of Ife.

How did Ijebu Muslim College prepare you for the challenges in your later years?

When we were in Ijebu Muslim College at the time, it was a very disciplined, very strict school. It’s a Moslem School, so all the students including the Moslem students took Islamic studies seriously and the preaching that come with it.

We had very capable teachers. The school was originally established by the Muslim community in Ijebu before it was taken over by the government. Even then, the Ijebu Muslim community continued to play many active roles in the management of the school and I think all of that contributed to making sure that the products of the school have not only the academic knowledge for which they went to the school, but also, all the ingredients that will make them good members of the society, and I got that training from the school.

How was growing up? Where did you grow up?

I am from Ijebu-Ode. I grew up in Ijebu Ode. I went to Wasimi African Church Primary School. Then, I went to Ijebu Muslim College for my secondary education.

After my secondary education, I went to the then University of Ife, now Obafemi Awolowo University. I read Agricultural Economics and I finished in 1984. I did my Youth service, between 1984-1985, in the then old Imo State. After my youth service, I went back to the University of Lagos. I read Banking & Finance. I finished in 1987. I started work with 1st Bank of Nigeria I did only one year with 1st Bank of Nigeria. Then, I joined the then Chartered Bank of Nigeria. That was in 1989. I was there for about 5 years, during which I became the Branch Manager at the Allen Avenue Branch of the Chartered Bank and the Branch Manager for the Victoria Island branch. In 1984, I left Nigeria and I joined the African Development Bank. I started working with them. The headquarters was in Abidjan, in Ivory Coast. So, I started living in Ivory Coast from 1995 till 2003, when ADB’s office was temporarily moved from Ivory Coast to Tunis, in Tunisia. I lived 8 years in Ivory Coast and I spent 4 years in Tunisia from 2003 to 2007. In 2007, I came back to Nigeria to join the African Finance Corporation. It was recently established then. It is also an International financial institution owned by Nigeria and several African countries.