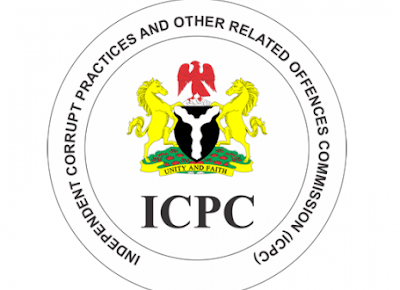 The Chairman of the Independent Corrupt Practices and Other Related Offences Commission (ICPC), Bolaji Owasanoye, says the agency uncovered N12.5 billion padded into the 2019 budget.

Mr Owasanoye said this on Thursday in Abuja while giving a report on the tracking of constituency projects in the country, TheCable reported.

Padding is the Nigerian lingo for fraudulent additions to the budget, whether in terms of funds or projects.

The anti-graft agency’s boss added that the commission prevented N9.2 billion from leaving government’s purse about a month ago.

He said budget padding is still prevalent in the MDAs because “oversight is not strong enough.”

“We broke down the 2019 budget and we are going to announce publicly what project is allocated to each state,” he said.

“People can call ICPC and ask for it and we will tell them what project they should expect. This is a much more effective way of fighting corruption.

“Part of our prevention mandate is to go into government agencies and look at how public fund is used. A month ago, we restrained N9.2bn from going out. What happened was that when we looked at the budget and what has been appropriated and how it was to be used, I can tell you authoritatively that there is still budget padding.

“This is because the oversight is not strong enough. If you have personnel vote that is not exhausted and people do not complain that salaries have not been paid, you can tell that someone has made a budget proposal of more than what is needed to pay salaries. The agency involved did not dispute it and we informed the Ministry of Finance, Budget and National Planning.

“The figure has moved because it is an ongoing exercise. As at this morning (Thursday), we found an additional N3.2bn. Hopefully, by the time we finish, we would have found more money and saved government personnel cost.”

In May 2019, he noted there was an addition of about N90 billion to the N8.83 trillion he submitted to the legislature.

However, the National Assembly, under the leadership of Bukola Saraki, defended itself, saying it was within the power of the legislature to make changes to the proposals sent by the executive.