HOW PRIMATE AYODELE WARNED ANTHONY JOSHUA OF HIS DEFEAT 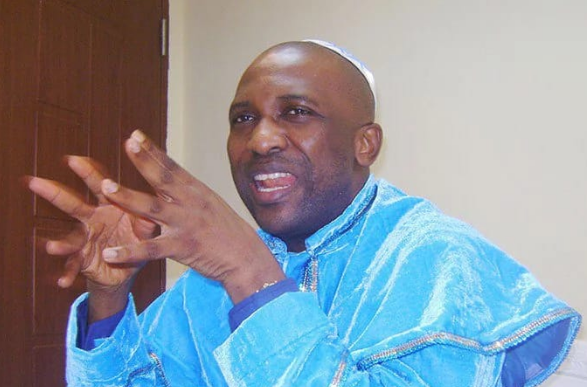 The founder and leader of INRI Evangelical Spiritual Church, Primate Ayodele Elijah, has stunned everyone again with his accurate prophecies. This time, it is about the defeat of the former Nigerian world heavyweight boxing champion, Anthony Joshua. The Nigerian heavyweight boxer had a big fight last Friday night and lost to his opponent, Oleksandr Usyk via unanimous decision.

And the entire boxing community, Nigerians and sports fans all over the globe are still talking about the shocking defeat of Anthony Joshua in the hands of a supposedly smaller opponent. Nobody saw it coming. Not even Anthony Joshua’s camp. But one man saw it coming and that man is the current most popular prophet in Nigeria and Africa as a whole, Primate Ayodele.

Last week, the ever accurate Primate Ayodele who has steadily risen to become Nigeria’s most popular and consistent prophet owing to his staggering amount of fulfilled prophecies (he has over 20,000 fulfilled prophecies documented in his name) made a shocking revelation when he warned Anthony Joshua to change his boxing techniques and strategy otherwise he will lose his next fight. It was a prophecy that many didnt take seriously for the simple reason that his opponent was not a known figure and many didnt expect anything but an easy victory for AJ.

In fact, barely 24 hours to the fight, in an exclusive interview with City People, this accomplished man of God whom many prominent Nigerians and top political leaders all over the world now seek his attention said: “Anthony Joshua has to be very careful. He must not underrate his next opponent. The fight may not be that easy for him. The spirit of the Lord has asked me to warn him not to underrate his opponent and also change his boxing techniques and strategy for the fight if he wants to win, otherwise he will fall. He will be disappointed.” And that was exactly what happened last Friday night.

Many are still in shock and are unable to believe that Anthony Joshua actually lost to Oleksandr Usyk. When the respected man of God made this stunning revelation last week, many surely dismissed him. But it has happened again. As foretold by Primate Ayodele, Anthony Joshua lost the fight and the primate has once again proven to everyone, including his die hard critics, that he is by far the most popular and most consistent prophet in the country and beyond at this time.

Olota of Ota receives the STAR OF FAME.