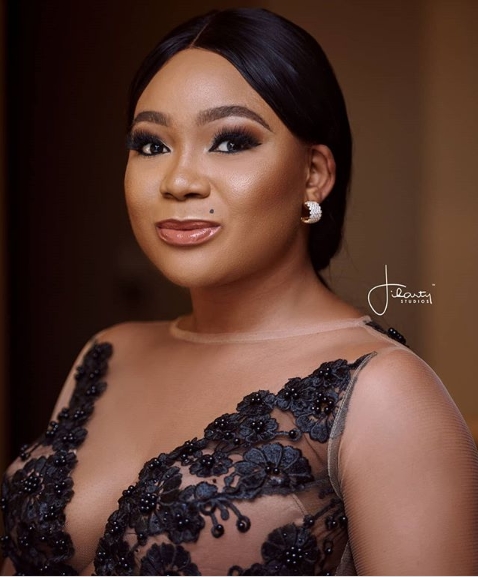 Petite and highly talented actress Rachael Okonkwo is one of the most successful and hardworking actresses in the movie industry. She is from Nsukka loss at age 13years and hawked as a child to support her mother. She was a dancer before going into movies fully in 2005. She has featured in 7 movies but due to lack of roles, she switched to dancing for gospel musicians.

In 2007 she returned to her first love in the industry, on returning to the industry after her stint as a dancer she opted for some very minor roles in 2008. She started appearing in supporting roles with well-known actresses and actors. In 2014 after her last significant role in Open and Close, she hit a jackpot with her first lead role in the movie Nkoli Nwa Nsukka the character proved to be a breakout role for her career, it also struck chords in the hearts of viewers as they could easily connect with the story. she put up a brilliant display of acting ability and showcased her different talents. From her role in the movie, she moved on to greater things in her career, following the success of Nkoli Nwa Nsukka, she got the name Nkoli. She has also played major roles in many Nollywood movies and gained relevance in the industry. She gets to play major roles in films that also stars veteran actors and actresses, she recently made her official debut in Yoruba movie industry” survival of Jelili” sequel to semi Adebayo’s Jelili.

Despite her success in the industry, she has also designed a way to help the needy and give back to the community, this brought about the idea of an annual children’s Easter Carnival which she organizes and hosts and it’s been running since 2015 she use this opportunity to give gifts to children and entertain people for free with some other celebrities. She has won several awards home and abroad for her success in the industry with endorsement deals with reputable companies such as Ralpha Juice in 2016

Paint Roxette in 2018 Dano milk in 2019 till date. She is into property buying and selling and has remained an inspiration to young people in and outside the movie industry. In a chat with Igbo TV, she talked about what she desires in a man. According to her, “I desire a sexy and calm man who is God-fearing, someone that can tolerate me and be a brother because am the first child in my family and having a brother and father figure is very important.

How does it feel being referred to as Queen of the east? “I can’t say that for sure because we are all relevant, beautiful important and talented individually so it’s not in me to say that it’s what people feel personally.

Can she settle down with a celebrity? “Honestly, Love is not something you can direct, I have never dated an actor even when many misunderstood me. But when love happens you can’t deny it and you can’t control it but in all, I pray you marry a sweet soul who will understand the nature of my job.

What was growing up like? I suffered a lot, I lost my father at age 13 and my mother was pregnant it was a huge burden on me as the first child in the family so I really went through a lot.

What challenges did she go through in the movie industry?” At first, I was rejected they said I was too short, some will say oh you are too small I felt bad embarrassed depressed and frustrated but I didn’t give up I kept pushing on but thank God for everything today.

What does she have to say about rape issue in Nollywood?” I can’t say they rape in Nollywood to my own best of knowledge, people come and toast, it’s now left for you to accept it or not, it’s normal for people to toast you it’s entirely your decision to accept it and I also can’t say the victims are lying, what I just said is my own opinion due to my experience in the industry for over twelve years.

Can she go nude for movie roles?” As an African woman, I can’t go nude on set not even for a million dollars

Besides acting, what else does she do? “I buy and sell properties and I also do some other things that I would like to keep private, I work very hard and God has been extremely faithful.”