Home News How RCCG Moved To The Redemption Camp
News 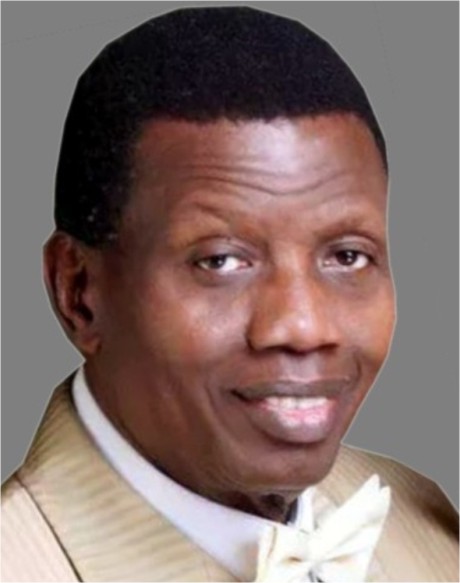 Arguably, the redeemed church Pastor Enoch Adejare Adeboye might not be the richest clergy in Africa in terms of material wealth but he is spiritually wealthy. He runs one of the biggest, most successful and fastest-growing churches in the world known as The Redeemed Christian Church of God. from its over 10 million worshippers to over 15,000 branches and a host of others confirmed, that indeed he has taken the ministry to an enviable level.

He has the world’s biggest auditorium. The facility can accommodate more than a million worshippers at a time. The auditorium, which was opened by the General Overseer of the church, Pastor Enoch Adejare Adeboye, was built at a cost of $60 million (about N7.7 billion). The auditorium, which is floored with marble is sited on a vast tract of land within the Redemption Camp. The large auditorium is built with steel and cement fibres.

The vision for the new auditorium started immediately after the 1998 Holy Ghost Congress held at Lekki, Lagos when pastor Adeboye realised the need for a more spacious auditorium to accommodate the millions of worshippers who thronged Lekki for the programme. The new auditorium was built by a Chinese firm.

One camp that is as popular as Daddy G.O is the Redemption Camp, along Lagos -Ibadan Expressway. It sits atop over 40,000 hectares of land and stretches as far as Sagamu, Ogun State. Its current worth is put at over N200 billion.

The redemption camp that many see today surely has a great story behind it and the story is better being told by the master storyteller himself, a teacher of the word in the person of Pastor Adeboye. “The sharing of what he calls ‘stories’ is an integral part of the sermons of Pastor Enoch Adejare Adeboye, General Overseer of The Redeemed Christian Church of God, who is fondly called Daddy G.O. “Most of Daddy’s ‘stories’ are indeed miracles, used to illustrate his sermons and show the power of God, rather than his own achievements.

The General Overseer of the Redeemed Christian Church of God, Pastor Enoch Adeboye, has revealed how much the ministry bought the current campground located along Lagos-Ibadan Expressway.

Adeboye said the ministry as at then bought the massive land for a token of N6,000.

Speaking on a special Independence Day Service at the church international headquarters in Ebute Meta, Lagos, the soft-spoken cleric recalled that he was almost forced into debt to purchase 3 acres of land around Iju for N54,000 but he was careful enough not to run into debt.

According to Adeboye, “When this place became too small I asked my elders to look for a bigger space. Then, I just graduated from university in less than two years. So, they eventually saw land around Iju for N54,000. Funny enough, I was not even having even N54. My elders were angry with me because I refused to borrow. In fact, if our church was the kind of church where they vote, I’d have been impeached because I told them I was not going to borrow.

“Few days later, a member was going to Ibadan from Lagos and he saw the land and called that the people were ready to accept N6,000. I told him not to even negotiate and we quickly paid for it. That is our redemption camp today,” he said.

HOW GOD REVEALED REDEMPTION CAMP TO HIM:

“We used to hold our Convention in a small building, and when it was full we were contented about the attendance. Later, we had to enlarge the place but by 1982 it was so full some people had to go home because there was nowhere for them to stay. Attendance then was something in the neighbourhood of about 3000 people, and that was full.

We needed a place, so we looked around the whole of Lagos, but didn’t find a suitable location. Then I called a group of Pastors together; we sat down together, and prayed for 7 days with fasting, drinking only water in the evenings. During one of the sessions, God spoke and said, “I have prepared a campground for you and now that you have asked for it I will show you where it is. And within a couple of months, work began at the Redemption Camp. When God chose the site of Redemption Camp: When the almighty God said to me that the current location of the Redemption Camp was where it should be, it was a jungle and headquarters of highway robbers, who were tormenting people on the expressway. We were offered four and a half acres of land in this jungle filled with snakes of different species, but God insisted on the site.

People said to me then that we were crazy because it was far from Lagos; it was in the midst of a God-forsaken jungle; there was no electricity or water supply anywhere near. But I allowed the one who knows tomorrow to order my steps.

Many years ago while we were building the first big auditorium at the Redemption Camp, we needed a lot of wood. We paid the government agency in charge of sawmills in Edo State, Nigeria, to have wood supplied to us. A few weeks before our convention, the agency decided to shut down all saw-mills in the state.

He concurred. Then I said, “The kingdom of God is not meat or drink, but righteousness, peace and joy in the Holy Ghost.” He agreed. This continued until I exhausted all I could remember on the subject matter. Eventually, I said, “Since the days of John the Baptist, the kingdom of God suffereth violence, and the violent taketh it by force.”

On Monday, the governor of Edo State dissolved the Governing Board of the agency and reconstituted another one which immediately reopened all the sawmills. On Tuesday, someone who had no money to give brought his trailer for us to use for as long as we wanted. On Wednesday, another person came to give us a bag of nails. Several other people also brought materials for the building. Within two weeks, the auditorium was ready all because I received instruction from the Lord.

In the early days of our stay at the Redemption Camp, some funny things happened. I was going for a prayer walk one night when I saw fire on top of a tree with the leaves burning, but the lower part was not burning. What kind of strange thing is this, I wondered.

But the following morning, there was no sign of fire on that tree; the leaves were as green as ever. So, I told the people who are with me about the strange occurrence. They said that they had seen it but didn’t know how to tell me. They added that they even heard voices in the tree. Then I said, “The tree goes today, we are going to cut it down.”

I called the young men among us and marched to the tree with cutlasses. Before they landed two or three cuts, some villagers had gathered. They warned us, “If you cut down this tree, by tomorrow morning it will spring back up and those of you who cut it will die.”

I said, “No way; the tree must go down.”I encouraged my boys to go ahead. So we set to work and cut down the tree. It never sprung back up. They had said we were going to die but we are still here. The leader of the group is now an elder in the church.

When we began to build the Redemption Camp in those early years, there were some trees that provided shade which I instructed the workers to preserve. Soon, some little birds came in their hundreds and thousands to perch on these trees. Whenever they descended on them, there would be no leaves left on the trees the following day. They were also very noisy. I often wondered if they

were demonic birds. Some church members who had guns would fire shots at them but they refused to go away. Although some were hit by the bullets and dropped dead, the rest stayed on. At some point, it appeared that the more they were killed, the more they multiplied. The situation became unbearable. I, therefore, called on God to help us one morning. That evening, several eagles came and began to eat them up. Within hours, there was not a single one of them left.

God has not stopped using birds! If he needs to send birds to meet your needs, He will do so;

Those in charge of affairs at the camp didn’t mince words about the fact that it is a Christian community. “This is the city of Christians,” says the Senior Camp Maintenance Director, Pastor Dapo Adesina. As such, everything is arranged to give effect to the Christian message of the glory and splendour of the Almighty.

READ ALSO: AMOSUN REVEALS WHAT YOU DON’T KNOW ABOUT TINUBU

How RCCG Moved To The Redemption Camp was last modified: February 15th, 2022 by Tayo Oyediji

AMOSUN Reveals What You Don’t Know About TINUBU