How Showbiz Stars Spend Millions To Be Figure 8 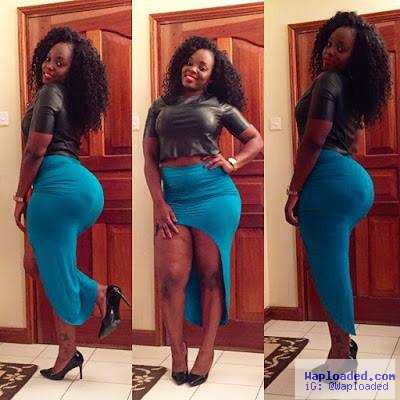 It is no more news that our showbiz stars tend to be gravitating towards the American celebrity’ lifestyle, following the footsteps of celebrities abroad. They are no longer scared and timid as they used to be a few years back. They believe they have the money, so they should live the celebrity lifestyle they desire, not minding what anybody feels or what they will say.

Almost every woman desires a curvy body and flawless skin, and this explains why lots of celebrities spend so much to achieve this. Though some have come out to tell whoever cares to listen that they altered their bodies to their taste, while some have denied it even when its so obvious, for fear of what people will say.

City People brings you the stories of some of these pretty showbiz stars who spend millions to achieve their desired bodies and shape.

Beautiful and down to earth actress, Tonto Dikeh has told whoever cares to listen that her Butt surgery has boosted her confidence and she is very proud she took that decision. When the news went viral that she went under the knife to enhance her body, she came under lots of criticism for her decision, but Tonto Dike is one actress that cares less about what people feel or say about her. She even said the major thing she disliked about her body before the surgery was her tummy.  According to her, “it was too big and I love to put on high waist cloths. So when I dress up the dress would be folding because of my big tummy, but since I did my butt surgery, my confidence has increased. She also explained further why she now flaunts her big butts a lot “men run after butts too much. Once you have a big butt, that’s how they would be running after you like something else”. All these, she said in an interview with Vanguard.

Tonto Dikeh after her butt surgery which costs about 5 million naira is enjoying her new look and new shape and flooding the internet with beautiful pictures.

Lately, the beautiful actress has been showing off her new acquired sexy body, a voluptuous hips and butts compared to what it use to be like.

Pretty actress, Caroline Danjuma is one of the few actresses that have been enjoying life without any noise, but the secret about her liposuction came out after she got into a fight with someone and a lot of firing posts kept surfacing on the internet. Also her before and after pictures, having acquired large waist compared to what she used to look like also came out. But honestly, she looks extremely gorgeous  she is one of the very few actresses that have had an amazing transformation.

Though the beautiful actress has kept quiet about the whole story, so one can hardly say if she went under the knife or it was just natural fat some women acquire after child delivery but which ever way, she sure looks amazing.

Regina Adeola popularly known as Gina is an Abuja based artiste who allegedly spent 13.5 million naira to have her hips restructured to be like the American super actress, Angelina Jolie. The secret of her artificial hips was disclosed by her intimate friend Aisha. Aisha spilled the beans of Gina’s deals in Spain where she went to do the hips surgery for 80,000 dollars and additional 5000 for after surgery maintenance and healing drugs.

Annie Idibia, beautiful actress and wife to highly respected music star Tuface Annie Idibia is alleged to have altered her butts and hips.  She was on Pretty Mike of Lagos list of celebrities who have enhanced their bodies to have a perfect look, though Annie Idibia has kept mute about the list, but she looks beautiful with a sexy shape.

Rukky looks very different from what she used to look like, with fuller butt and hip and a finer facial structure.

Ebube Nwagbo, beautiful and fashionista actress, Ebube is among the actresses reported to have done boobs surgery, though she denied it. According to her “my breast is all-natural and I am proud of it, probably because there was a picture of me in which my boobs were partly revealed, people felt, I must have gone under the knife, but that is not true. With me, what you see is what you get”. Ebube is one of the most stylish actresses in the industry, with a body to die for.

Karen Igho, Big Brother Africa winner,  is among the celebrities, that had a breast implant when it was not even common, and she didn’t hide the fact that she had her boobs done. She is also a breast cancer survivor.

Pretty actress, Onyi Alex is one of the finest actresses in the movie industry with a body to die for. It was also alleged that this pretty actress got some bodywork done compared to what she used to be like few years before in the industry. She used every opportunity to flood the internet with her sexy body.

Bobrisky, the popular transgender has confirmed that he travelled to Dubai to undergo Buttocks and breast surgery in his bid to completely transform his gender.

He took to his Instagram and Snapchat handles. Bobrisky who was born Idris Okunneye Olanrewaju revealed he spent over 6 million on bills including food, hotel stay and the surgery. He also expressed excitement on waving goodbye to “boobs and bum bum” pad. His gender reassignment is a major step in ultimately reaching his desire to transform completely into a woman.

Ronke Odusanya popularly known as “Flakky Ididowo” is naturally busty and also blessed with a beautiful colour. It came as a shock to people and fans, when they realised the actress with a good command of English has increased her butts, though she has kept mute about the alleged butt surgery, but truth is, she has been enjoying and flaunting her new body, looking beautiful as ever in every outfit and turning heads at parties and events.

Curvy actress, Biodun Okeowo popularly known as “Omo Butty” is one of the sexiest actresses in the entertainment industry. One can’t help but admire her at events and parties mostly because of her sexy shape and her backside that drives men crazy. Even when the whole world insisted she altered her body, the sexy actress has always stood her ground that her curvy shape is from God and she didn’t do any plastic surgery. And when asked how come, when she wasn’t looking like that before she will boldly tell you, she is into skincare and she worked on herself to acquire such looks, though I didn’t go under the knife.

Beautiful actress, Moyo Lawal is among the celebrities that made Pretty Mike of Lagos list of celebrities that enhanced their bodies. Moyo is naturally curvy, but it was alleged that Moyo worked on some parts of her body to have the perfect shape. She is currently flaunting it though it has not been confirmed how true this is but Moyo Lawal remains one of the sexiest actresses in the industry and has spent good money acquiring that look.

Tiwa Savage has a more pretty look compared to her looks, some year back, and her before and after pictures have flooded the internet which literally shows the beautiful mother of one had a nose job, which has given her a more defined and celebrity look.

Ini Edo is naturally blessed with a sexy shape, which is one of the most talked-about in the movie industry, but it was reported that the dark-skinned pretty actress still opted to go ahead for a more perfect body, and ever since she acquired the new body, she has been setting the internet on fire with beautiful pictures, showcasing her more fuller hips and backside.

She always looks gorgeous in every outfit and is a very fashionable actress, she sets standards for others to follow.

Mercy Eke is the winner of the just concluded BB Naija 2019, confirmed she had a Butt surgery to enhance her looks. Her shape earned her the name “Lamborghini” by her fans. In one of the fights she had with Tacha a fellow housemate in the house, it was revealed she spent a whooping sum of 5m to get her butt. Her shape was one of the major reasons lots of people like and admire her and she has a good carriage and charisma.

Princess Onyejekwe of BB Naija 2018 sudden hips got fans talking about her newly acquired enhanced bikini body. It was revealed that Princess went under the knife to enhance her body feature and she has been sharing photos of her new body after the cosmetics surgery and hips on social media.

How Showbiz Stars Spend Millions To Be Figure 8 was last modified: December 26th, 2019 by City People