Home News How The Print Media Can Save Itself From Imminent Death! – Media Guru, STEVE AYORINDE Tells City People
News

How The Print Media Can Save Itself From Imminent Death! – Media Guru, STEVE AYORINDE Tells City People 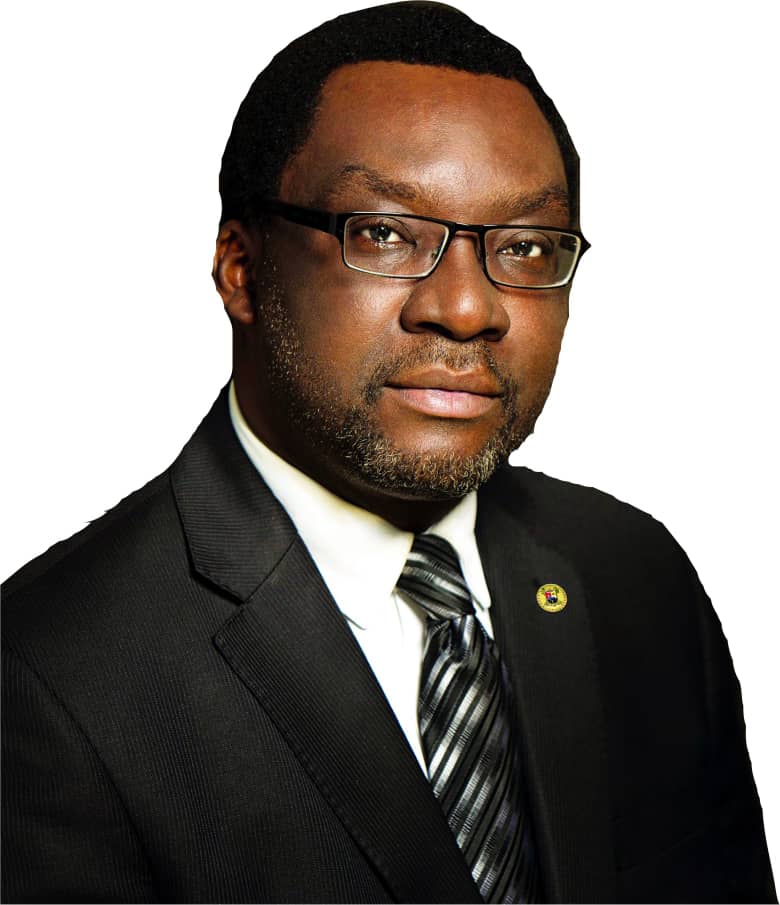 Up until last year, seasoned Media Chief, Mr Steve Ayorinde was the Commissioner for Information in Lagos State. He has since gone back to active Journalism practice. A few days back, he was our Guest on City People Instagram Live Chat during which he revealed how the Print Media can save them from imminent death. It is very, very revealing.

What do you make of COVID-19 pandemic?

Covid-19 or no Covid-19, this is a year that the media would struggle to stay afloat. I’m aware, for example, that the Nigeria Union of Journalists sent a letter to the federal government requesting for some of the intervention. Brilliant idea no doubt but I do not think that is the best way to go about addressing the situation. Like I said, Covid-19 only added to the recession that has been around for about a dozen years for which the media is yet to recover. It’s not just about the NUJ writing the federal government, the entire media machinery will have to make a proposition to the government on the one hand.

And of course, on the other hand, they also need to understand that the game has changed and the times are different. We’ve always been saying that the future of our profession was digital but the future is actually now. We have gotten to the age where you have to creatively digitalize or you sink. And this is not to denigrate practitioners in the industry that they have not been doing well. What I’m trying to say is that with us not having come out of the recession of 2008/2009, and with Covid-19 being around which will disrupt things further, and with the Minister of Finance saying it’s unlikely that we will escape another recession as a result of Covid-19. It, therefore, becomes imperative for the entire machinery to come together to look for ways to project to the authorities and discuss within themselves about ways to stay afloat.

You and I know that both the recession and Covid-19 will hit the Print industry much more than the broadcast, much more than those who have defined their space like the online platforms. As you’re aware, not only Lagos state, but the federal government has constituted a committee led by our friend Ali Baba, Chaired by Ali Baba, to look at ways in which Covid-19 has affected the industry and they have put together about a 20 man committee in which I believe has just the secretary representing the media industry from the Broadcasting Organisation of Nigeria. The creative industry is just one arm of the ecosystem that the honourable minister supervises. Information which deals with the media apparatus is actually the first leg of those two pillars that the minister supervises and therefore there must be an elaborate engagement way to discuss with those who have invested in the media industry over the years.

How do you see the issue of Bail Out?

Everybody is talking bailout, everybody is talking intervention, and for crying out loud there’s nothing wrong in demanding that the government should look in that direction and I’m talking in terms of the Newspapers Proprietors Association, I’m talking in terms of Nigeria Guild of Editors, and I’m talking in terms of those organizations that represent the TV owners, broadcasters and indeed the social media people. But as I said, it’s a lot more dire for the print industry because of the way its been hit particularly in the last twelve years. Now, because we are still expecting a second wave of the pandemic and possibly a third, so, in discussing how the government can be of assistance, and assistance does not necessarily mean government handing over money to proprietors, it means looking at policies that can work. It means looking at palliatives that can ensure that City People continues to exist, that Ovation International continues to exist, that Punch Nigeria Limited, The Nation, Channels, etc, will continue to exist if they sit down one on one with the government and say, we are not necessarily asking you for money to pay salaries, but we’re saying we import most of the materials we use, if there could be some sort of waivers in taxes say for the next one year, for example, we’ll be able to stay afloat so that we won’t have to downsize needlessly.

Is that all we need to do?

But that’s just one part of the things that we need to do. I think that the recession that we are yet to escape coupled with the Covid-19 that we’re dealing with, and the recession that might come again in a brutal form because of what we’re experiencing, I think this provides an opportunity for the media industry to now plan beyond just surviving the next 6 months to 2 years. What I’m saying is that this is the beginning of a new decade, I do not think that history will forgive us, especially those at the helm of affairs of the media industry, the news media in general, not to now use the opportunity to demand an interface with the government to say lets among ourselves design a ten-year programme that can ensure that the media will always withstand the bad times. We must begin to plan for the next ten years. I am saying that this is the time we need everything we can to survive. The truth of the matter is newspapers and magazines might not necessarily die, not in our generation, but they will struggle. It will be tough. But I’m saying if there’s a sort of policy document giving them an idea as to the sort of thing that needs to be done, then it is to latch on to one of the key achievements of this present administration which is reviving the rail services.

It was discovered some time ago that part of the reasons the sales of newspapers were dropping in America was because the Rail service in America was very poor, compared to that of Asia and wherever you have the rail service, the tendency to have a better delivery system is very high. In Nigeria, more or less, the rails didn’t exist at all, but now that the rails are returning, they will endure for a long time. This gives an opportunity to the media managers that if we key into the research that was done ten years ago, that showed clearly that on the contrary, in spite of the digital revolution, newspapers were actually selling more in India, in Japan, in Korea, and in Europe, essentially because rail services were in top-notch and because the cost of newspapers are low because most of the things they use are sourced locally.

So, I’m saying that with improved rail services, we can also improve our distribution, part of the reason in my opinion why newspapers don’t sell. And you and I know when City People was printing with Punch. We know the numbers of thousands that you came with and in over about five years how it came down drastically. Our disposable income might be a factor but part of the problem was that the newspapers or magazines couldn’t get to where it ought to get to in real-time. And that does not detract from the fact, even City People as you are doing now, you have also keyed into the digital revolution which clearly underpins one of the survival strategies that media organizations will need to use whether you’re a Tv station or Radio. Even for radio, you’ll find that these days you’ll find that, star presenters on the radio are also Live on social media whereby driving traffic to the radio station that you’re listening to. The same thing for Tv stations, if you’re not home, you could watch on your phone or hook up with the station’s Youtube channel. What is actually important is that let us ensure that institutions that provide quality news, verifiable news, do not die.

Like I said earlier, therefore, part of the proposition the leadership of the Nigerian media should put forward is for the next 10 years. Again,  like I said we need a documented policy to show the road map which is to ensure that the citizens are duly informed about the fact that not everything that you see on social media is correct. And the need to rely on authentic news on social media is very important. And who will give authentic news? Its only those who are trained in the business of news management and for them to survive, they will need to also be able to exist. Whether online or in physical (print) form, they will need to survive first and therefore, managers and proprietors of structures that ensure that authentic news is disseminated must come together and insist that not everybody is a journalist because the fact that someone comes across a situation on the road, brings out his phone to take pictures and puts on social media does not mean he’s a journalist. There’s a whole lot more to journalism, there’s a lot more to engaging readers of the news than just taking pictures of something that happened on the road and putting it out on social media.

How The Print Media Can Save Itself From Imminent Death! – Media Guru, STEVE AYORINDE Tells City People was last modified: July 13th, 2020 by City People

How To Fight COVID-19 With What You Eat – Popular Herbal Practitioner, QUINCY AYODELE

REVEALED! How ATIKUs Emergence in PDP Will...