How To Turn Things Around In The Building Industry 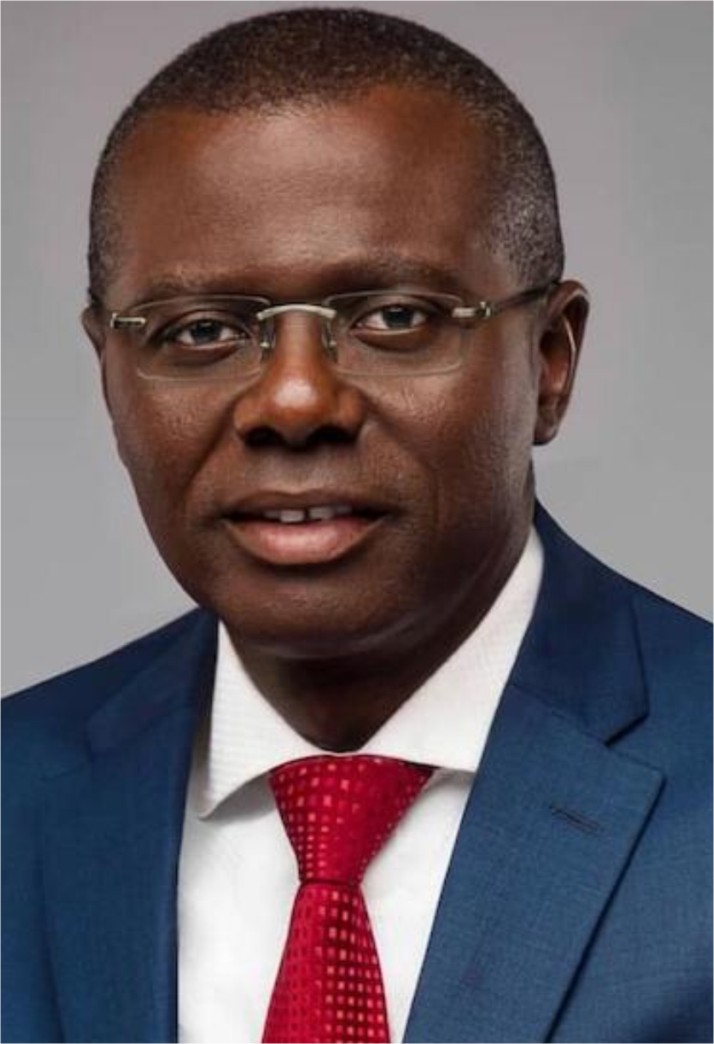 Lagos State Governor, Babajide Sanwo-Olu, has charged members of the Nigerian Institute of Building (NIOB) to work with other professionals in the sector to end the menace of building collapse.

Speaking at the opening ceremony of the 51st Builders’ Annual Conference in Lagos, Sanwo-Olu said the event had become a platform for builders to brainstorm on issues that are essential to the growth of the nation.

He said the theme of this year’s gathering, “Advancing technologies, systems and standards for sustainable building construction” is germane to the state in attaining and sustaining its technology-driven Smart City that would enhance the programmes and plans of the government in improving the lives and welfare of its citizens.

“The builders’ role takes prominence at the construction stage and thus entrusted to take charge of the activities on a building construction site in translating designs, specification and lot more into a physical structure. Structures can be built in the most efficient and cost-effective manner when a builder is brought early into the planning process.

“The quality of structures will impact the lives of people, economically, socially and mentally. It is pertinent to say that opportunities for exposure be provided for builders to acquire more knowledge to develop global best practices.”

The Governor, who was represented at the event by his Special Adviser on Works and Infrastructure, Aramide Adeyoye, said: “I want to use this opportunity to implore and charge you all to work with other professionals in this industry to find a lasting solution to the building collapse and upgrade your expertise.’’ In his keynote address at the forum, an activist, Mr. Femi Falana (SAN), decried incessant incidents of building collapse, calling for penalties.

Former Ogun Governor, Otunba Gbenga Daniel has said that the Building Industry has the capacity to turn around the ailing Nigerian economy. Daniel, an engineer of repute, stated this at the 2021 Conference and Annual General Meeting of the Nigerian Institute of Building (NIOB) held in Lagos, recently.

The Theme of the AGM: Advancing technologies, systems and standards in building construction practice, actuated by the need to refresh the members of NIOB and keep them abreast of the state of the art and emerging technology options for delivering the complete building and its components. Members of the Institute and guests were welcomed by the National President, Bldr. Kunle Awobodu.

The former governor, who was Chairman of the occasion, gave an example with Israel, stating that the desert space that was Israel was transformed into a first-rate nation with agricultural and technological prowess, using a “closed system”, which ensures that “Israel’s money stays in Israel.”

He said even when they support Nigeria with loans, all the equipment and technical know-how would be provided by these foreign countries to the total exclusion of Nigeria. “When I was governor for eight years, I did not award a contract to any company outside Ogun State, and when I could not find in Ogun State, it is then I opened it up to the rest of Nigeria.”

Falana’s speech was on “Engagement of Only Registered Builders For Managing Building Production and Construction: Keeping the Law and Keeping Society Safe.”

He stated that “In the past 44 years about 461 buildings collapsed in Nigeria. While 1,090 people lost their lives hundreds of others were injured. Owing to official impunity on the part of the Government, the majority of the owners of the collapsed buildings and the builders were not prosecuted. And due to ignorance the victims and the family members of those who lost their lives did not sue the owners of collapsed buildings with a view to compelling them to pay compensation for their negligence. To end the disturbing development the Senate has proposed a bill for compulsory insurance of buildings under construction. The bill seeks to make it mandatory for victims of building collapse to be compensated by insurance companies. Senator Ibikunle Amosun, the sponsor of the bill has said that “The need for the amendment of this Bill was necessitated by the prevalence of collapsed buildings in many Nigerian cities which has led to the unquantifiable loss of lives and property as well as permanent disability.”

“However, following the increasing wave of building collapse in Lagos State the Ministry of Urban Development and Planning enacted the Lagos State Building Control Regulations 2019. The Regulations cover different areas including the procedure for application for planning permit, land use zones and complementary uses, setback to public utilities and right of way, charges and fees, the requirement for high rise and public building. Others are offences and penalties, monitoring and compliance with planning permit, abuse of office by officials, impersonation of officials of the authority, appeal against the disapproval of application and representation of Appeals Committee. For the building control operations, the 2019 Regulations address issues such as a document to be submitted by the developer with notice of intention to commence construction, site inspection, authorisation to commence construction.”

On regulation of the industry, he said “The Council of Registered Builders of Nigeria is empowered to (a) determine who are builders for the purposes of this Act; (b) determine what standards of knowledge and skill are to be attained by persons seeking to become registered as builders and reviewing those standards, from time to time, as circumstances may permit; (c) secure in accordance with the provisions of this Act the establishment and maintenance of a register of persons entitled to practice as builders and the publication, from time to time, of lists of those persons; (d) regulate and control the practice of the building technology profession in all its aspects and ramifications; and conducting professional examinations/interviews for those who are aspiring to qualify to practice the profession in Nigeria, maintain discipline within the profession and register would-be professionals. Thus, the NIOB is the society’s watchdog for the delivery and upkeep of sound, safe and sustainable shelter for the people of Nigeria. Keeping the Law and keeping society safe in the construction industry depends on the determination of the members of the NIOB.

No doubt, the construction industry is well regulated by-laws that prescribe certain requirements for the commencement of any development. Specifically, the construction industry is regulated by the Urban and Regional Planning Act and Laws, National Environmental Standards and Regulations Enforcement Agency Act 2018 (as amended), Environmental Impact Assessment Act 1992 and Public Procurement Act 2007. National Building Code 2006 and the Lagos State Building Control Regulations 2019 made pursuant to the Lagos State Urban and Regional Planning Board Law of 2010 are equally applicable. The laws regulating the professionals engaged in the Construction Industry include the Builders Registration Act Cap B13 LFN 2004, Engineers Registration Act 2019, Quantity Surveyors Act Cap Q1 LFN 2004 and Architects Registration Act Cap A19 LFN 2004.

The combined effect of these enactments and regulations is to promote sanity and safety of the construction processes, the buildings and investments in the construction industry. But due to the negligence of the regulatory agencies and the relevant professional bodies the building industry has been invaded by quacks who operate with impunity. Studies have confirmed that quackery is the major cause of building collapse in Nigeria. By engaging quacks, in order to save costs, the owner is vicariously liable if the building collapses. As far as the law is concerned, the owner of a collapsed building and the quacks involved in the construction are liable to be prosecuted for criminal negligence and allied offences.”

Falana said, “From time to time, workers and other innocent people are killed in collapsed buildings. Apart from charging the owners of such collapsed buildings and quacks with murder the legal representatives of those who have been killed and people who have been injured are entitled to claim special, general and aggravated damages. Professional builders may also be prosecuted if they are found to be responsible for building collapse. Petitions written against professional builders for engaging in building collapse may lead to their dismissal as members of the Council of Registered Builders. Apart from losing the right to practice as a builder the Council of Registered Builders may recommend the prosecution of erring builders.

The prosecution of quacks and erring builders is not limited to their involvement in the collapse of the houses of private owners. Builders engaged by public authorities are liable to be prosecuted in case of building collapse. With respect to the collapse of public buildings, the Government may institute judicial and administrative commissions of inquiry to trace the immediate and remote causes of the collapse. Whoever is indicted by the Commission of inquiry is likely to be recommended for prosecution. There are instances where the Ministry of Urban and Regional Planning or Ministry of Environment may question the integrity of a building and recommend demolition to prevent an imminent collapse with dire consequences. Of course, the builders involved in the construction of the property cannot escape liability.

“Unlike what obtains in Nigeria, insurance companies are made to pay compensation to victims of collapsed buildings in many countries. According to Livelog of July 21, 2021, the victims and families who suffered losses in the partial collapse of the 12-story Champlain Towers South condo building on June 27, 2021, in Surfside, Florida, United States are due to be paid a minimum of $150 million in compensation initially. Miami-Dade Circuit Judge Michael Hanzman said at a hearing that the sum includes insurance on the Champlain Towers South building and the expected proceeds from the sale of the Surfside property where the structure once stood. The judge also said that the $150 million does not count any proceeds from the numerous lawsuits already filed since the June 24 collapse, which killed at least 97 people. Those lawsuits are being consolidated into a single class action that would cover all victims and family members if they choose.”

How To Turn Things Around In The Building Industry was last modified: September 6th, 2021 by City People

How I Was Able To Create My Own Brand Identity – Star Actor, LATEEF ADEDIMEJI