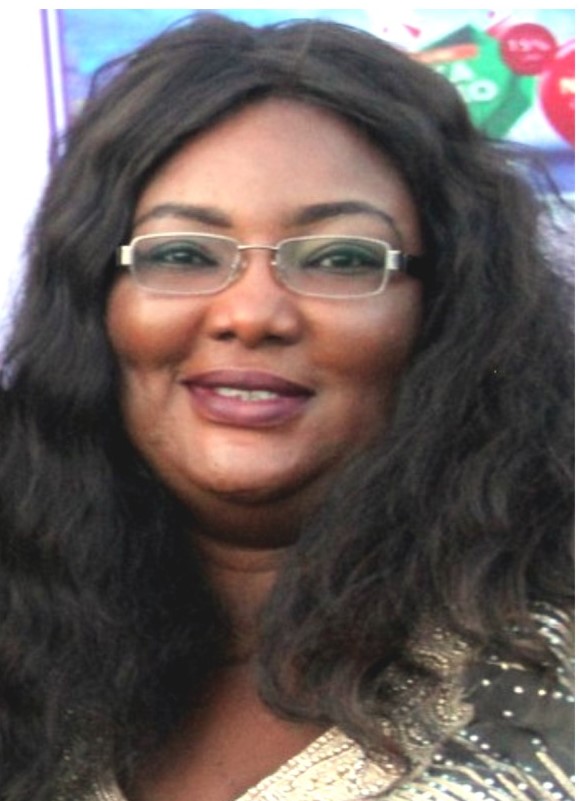 You cannot possibly be talking with Hon. Oluwafunmilayo Efuwape for the first time and not be impressed by her incredible knowledge of both Ogun and Lagos politics. She knows about all the political intrigues and dynamics of both states like she knows the back of her hand. And the reason is obvious. She had spent a great deal of her life working in Lagos Civil Service before crossing over to Ogun State to contest for the position of Sagamu local government chairman which she won at her very first attempt. This was in 2012. And ever since then, she’s been an unrepentant progressive who’s currently one of APC’s most outstanding active female members in Ogun State. A staunch supporter of Ogun governor-elect, Prince Dapo Abiodun, she was one of those who worked tirelessly to ensure his victory as the Director of Women’s Affairs of Dapo Abiodun’s campaign committee. City People’s SENIOR EDITOR, WALE LAWAL, engaged this pretty and knowledgeable woman not long ago and she was gracious enough to speak with us about her foray into politics and why she pitched her tent with Ogun State Governor elect, Prince Dapo Abiodun.

To begin with, Madam, share with us how you got into politics?

I think politics is a passion for me. Although my father was a politician, so perhaps somewhere along the line I picked up the interest from him. His late now, my dad’s name is Hon. M.K. Akinye, he was a vice chairman of the local government and was also a commissioner in the Civil Service Commission. I guess I’ve just been used to politics growing up. Basically, I think why I found politics attractive is that it gave me the platform to reach out to people, help people and make decisions that will have positive impact on the people. So, it’s all about passion.

Before you got actively involved in politics, what were you doing?

What prompted you to leave Lagos to go contest for the Sagamu chairmanship position?

I just felt that the time was right to move on. I am that kind of person that sets targets for myself.  And God has just been faithful in supporting me and I excel in most of my endeavours. At the time I was going into the local government, I had the opportunity of working in the bank, I’m talking about NAL Bank as it was known then. I even had the option of working with a stockbroking firm. I served in a stockbroking firm and I loved the job, but somewhere along the line, I just felt that after marriage I wanted a job that will give me time for the kids. That was made me join the local government civil service because my husband was a banker. I felt that both of us shouldn’t be away from home for long hours every day, so I had to resign from the stockbroking firm to join the local government civil service. But, you know, if God has ordained your path, there’s no way things won’t just fall into place for you. So, while there, I was very active. In fact, I was aiming to contest for the president of the Nigerian Union of Employees in Lagos State after Mrs Obasa. Truth is I’ve been an Aluta person. Even in school, I was the Aluta queen. So, I’ve always been operating within that territory. That was why going into politics, for me, was like second nature.

Was it at your first attempt that you were able to clinch the position of the Chairman of Sagamu local government?

Yes, it was at my first attempt and I think the gender aspect helped me. During that time, I was the only female out of the twenty chairmen contesting at the time. The gender factor really helped me.

What year was this?

And how was the experience for you altogether?

Yes, I was the Director of Women Affairs for Ogun State in the campaign committee of Prince Dapo Abiodun. So, I was like the woman leader for the campaign.

Why did you choose to pitch-tent with Prince Dapo Abiodun out of the whole bunch of contenders? What did you see in him that gave you the confidence that he was the sort of person you could stick out your neck for?

Let me put it this way, apart from the fact that Prince Dapo Abiodun and myself hail from the same constituency, which is Remo, I wouldn’t have had any other choice but to support my brother for that position, that is one. Then, secondly, the way I was brought up, the people that I grew up in their hands in politics are progressives and they always believed in party supremacy, so, I think because Prince Dapo was my brother was just an added advantage. If the party had chosen somebody else I would’ve respected the party’s decision and support the person. I’m a progressive, I belong to APC, so whatever decision APC takes, I stand by that decision. When I was contesting too, we were about eighteen contesting and by the time I was chosen, everybody supported me to become the chairman. We’re used to party supremacy in the progressives and that’s what we stick to, but fortunately for me, Dapo Abiodun happens to be my brother. Before Prince Dapo Abiodun came into the picture, I was supporting Senator Yayi.

How was it for you galvanizing the women folk to rally behind Prince Dapo Abiodun, considering the fact he was new on the political terrain?

You know we women, we have our peculiarities. We are lovable people, really nice people, and we could be the other way when we want to. But life is all about varieties. You have some that are just perfect while you have some others that you just have to manage. But I think one of the attributes of being a good leader is to be able to accommodate everybody. Nobody is perfect. We are all different individuals. I’m not perfect myself. It was not easy galvanizing the women, I must tell you. But we thank God that he made it all possible for us. Ogun women are fantastic women and I support women all the way. We’re hoping that in Prince Dapo Abiodun’s government we will go places.

Please give us a bit of your background, where were you born and raised?

With the new dispensation coming in Ogun state, expectations are high. Prince Dapo Abiodun is coming in with some really strong pedigree that raises people’s expectations. As someone who knows him very closely, what are some of his outstanding qualities?

The first thing I know and appreciate about him is that he’s a man after God’s heart. He has the fear of God in him and I believe that once you have the fear of God, things will definitely work for you. I think that’s basically what we need here in Nigeria right now to bring Nigeria back on track. I know him as a God-fearing person and he’s a man of his words. Once he gives you his word, he tries as much as possible to keep to that word. He has given Ogun State people his word and I believe that God will help him to keep to his word. I’m not saying he will do everything, but I know he’s going to do a lot of the major things that will be of benefit to Ogun State people and not to himself alone. Whatever we do today, we should be thinking about our children who are coming behind. Like when I was contesting, I was forced to use my maiden name in between my name because people were telling themselves, ‘oh, she’s so and so’s daughter, don’t you know her?’ So, we all have a name that we want to leave behind for our children and I believe Dapo Abiodun will do well by His grace. He needs our prayers so we will continue to pray for him.

Finally, what should we expect of you in the coming dispensation having played a significant role in Prince Dapo Abiodun’s electoral victory?

Let me just put it this way, everything is in the hands of God. It is the prerogative of the governor to choose who and who works with him. He’s my brother, I know that he’s going to choose the best hands he feels are capable to work with him. You can’t say authoritatively that this is the way things would go. No, it is the discretion and prerogative of the governor to choose his cabinet. That’s why I said he needs our prayers to enable him choose the best hands that will work with him to make him successful.