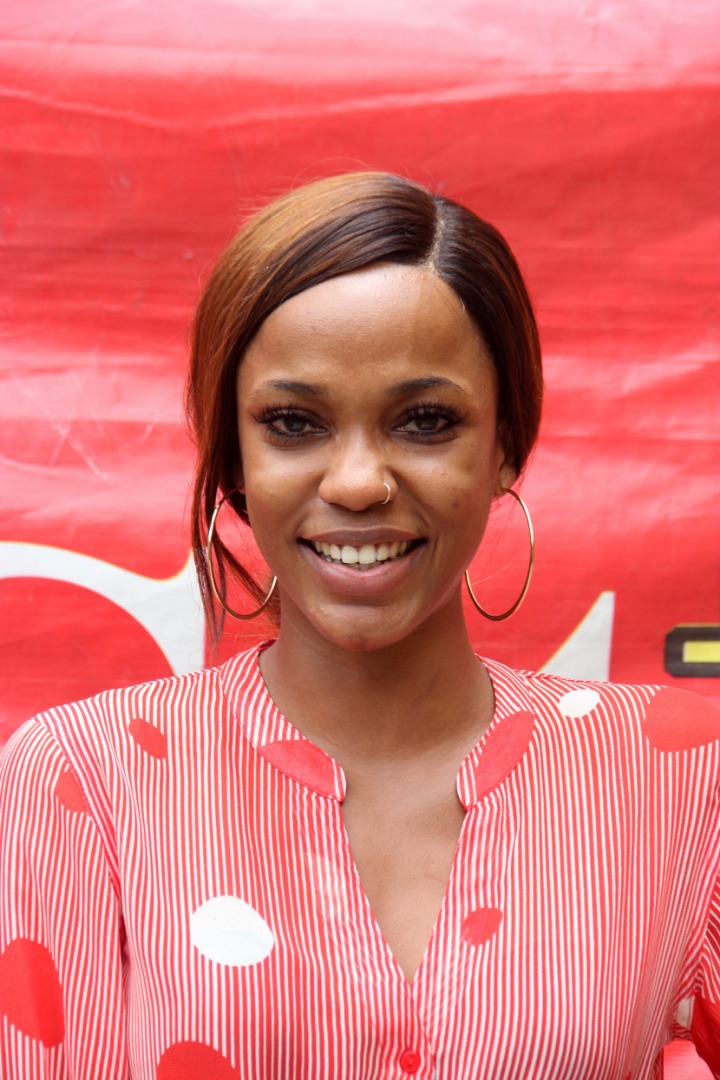 Fast rising actress, model, video vixen, and founder of Setwerk, graced the entertainment scene at the tender age of 15, when she began modelling, a feat that boosted her confidence in front of the camera. This ravishing model and actress have definitely brought elegance and fierceness to the Nigerian entertainment industry. She starred in Iroko TV series “Single Ladies” and Emem Isong’s advocacy movie “Zahra”, where she played the role of Sofia, a Hausa lady who was traumatised in the IDP camp and eventually died while in labour due to lack of medical attention. She is also the popular face in Adekunle Gold’s video for his hit single “Sade” and also starred in Burna Boy “Like To Party” video.

Efe recently bagged two major awards from the just concluded 2018 City People Movie Awards and the social media is making noise about it.

She was our guest at last weeks City People Movie round Table Session. Below are excerpts of her interview. She talked about how she rose through the ranks, what to expect from her stable after bagging The Best New Actress of the Year Awards in one night.

How do you feel winning two awards in one night?

Before I even saw the nomination list, I was just checking through my timeline and I saw Rotimi Salami putting up the story and I said, I hope one day, someone will nominate me for something and I just decided that okay, let me just go and check the list and I saw my name and I said wow…it was a big deal for me and I put a story on my Instagram – story immediately. I was just playing that one day I will be nominated and imagine being nominated for four categories, I was surprised, I was excited, for me, it was like, finally people are actually seeing the work that I am doing and then it being City People, and I am like wow, it’s different, if it was in the movie industry, like someone just chose to do something, but for City People to actually see me, I was out of my mind, I was so excited to see it.

Can you take us through how acting really began for you?

Over the years while I was in the University, I went to Bowen University, even before then, while I was in secondary school at Queens College, I used to do TV commercials, I was also doing appearances on music videos, so there was this particular video, that I did, Sade with Adekunle Gold. It had a lot of acting in it, so my then manager got a lot of calls from people advising that I go into acting I am like… I can’t act, I will be very shy, I am a shy person naturally but he kept pushing and even my mum encouraged me that I should give it a try. As at them, I just moved back from the U.K. because I did my masters at the University of Chester. I studied Management with Human Resources Management, so when I moved back, I started going for auditions and I was working at the same time. I worked at a procurement company as HR manager. So I was doing that back and forth until I met Mary Remmy Njoku, the CEO of Rok Studios, I went for a script reading at her studios, there were other people there. If I was her, I won’t give me a chance (laughs) because I really didn’t do well. But I guess she saw something that even me I did not see, and she called me back. The production manager called and said go to so-so place and it was Desmond Elliot Production and he was producing for Rok, it just happened to be one of the lead roles and I am like…how? I did that and it was different because I was paired with Ireti Osayemi, Moyo Lawal, Annie Idibia, Belinda Effah, I was the 5th person and we were supposed to be friends. I just tried my best to look at what people were doing, because I knew nothing. I have never been in front of a camera, I didn’t know anything like continuity. I was just clueless so many times I will go outside and will just cry and I will go back because I was clueless. People will shout at me and tell me all sorts. But somehow people saw what I could do and they believed in me and kept giving me chances. I kept going for more auditions, I got more calls for work, and those being a period of 3 years it is been amazing.

What were the challenges you faced at the beginning?

Obviously, one of the challenges then was the auditions, you know when you go for auditions some people already know people there. So they will come after you and they go in while you are still there waiting to be called. You will just go in and you won’t say anything before they say, they will get back to you. They wouldn’t even give the opportunity to actually show what you have and even when I started, one of the challenges was, I have done films, but they have not come out. So whenever I go for an audition, they ask what film you been in, then I will mention them and they say they have never heard of them. When are these movies going to come out? So those where the challenges, so when the movies started coming out, I could refer and send the link. Then my parents too, my mum was very supportive initially, but when they were not seeing the jobs, they started kicking against it, I had to go and meet one of uncle at Ibadan to intervene, then besides all these, there are senior colleagues in the industry, who will look down on you, but thank God, most of them now are my friends, then also most producers will not want to use you, except they see your jobs or someone refer you to them, but all these made me stronger, because I knew what I wanted from the beginning.

Have you produced any movie?

Yes, I started producing my own film since last year November, currently, I have sold a few of them to Iroko, so they are sharing online. Another reason why I started producing is to allow me to decide when my films will be out. I have done several films in the last 3 years and they are still not out. So I say let me go into production, so I can have control over my movies. People will call for me for jobs. I have produced “Stronger Together”, “One Kind Of War”, there is Diva, “Finding Happiness”, that I did last December, it just came out, it has Ray Emodi, Bimbo Ademoye and a lot of A-List actors.

Which of these movies shot you to the limelight?

The movie I would say really gave me my big break is titled “Roadside Chick”. I got a lot of feedback, after featuring in that movie. I had done a movie with Emen Isong titled “Zahra” where I played the Hausa IDP camp teenager. It was the production manager of that set, Oyinye. The Roadside Chick was her own production and she called me up, it was related to what I did in Zahra. I had to use Hausa accent but this the proper be yourself type of thing she sent the script, I read and liked it and basically, that was the movie that put me in people’s faces.

Aside movie, what else do you do?

Initially, I had an Event management company, so I use to manage events, but now its kind of hard to do other things aside from what you do in the movie industry because there is no time because I am literally on set every week. My life is just movie there is nothing else I can delve into for now.

Can you tell us about your background?

I am from Edo State, the second of 4 kids I grew up in Gbagada, basically over 20 years here, I went to Corona, I went to grace high school for a year, then finally to Queens College, where I eventually graduated and went to Bowen University in Osun State. I studied Sociology, after that, I did my NYSC in Ibadan, I was a teacher, and I taught CRS, after NYSC, I went to U.K. to study Managment and Human Resources at the University of Chester, I was there for 2 years, before I moved back to Nigeria, initially, it was difficult to get a job but after a while, I got a job at HR Company where I worked for 6 months. I was also into modelling, I quit my job because I feel, that is not where I wanted to be. I knew I couldn’t make a living from doing just promotions, so I was able to quit my job, I started an event management, so I use to run Setzy multi-dynamic. I did that for a while going for an audition. I did that for a while going for auditions. I used my cousin’s wedding as an experiment and it was very successful.

After that, I started doing company events birthday parties and all. I actually went to a proper event school after I quit my job and then acting came in, after few years of learning, I decided to try producing and it was also a success. Then I started my production company called Setwerk.

Who are your role models in the industry?

Number 1 will be Mary Njoku. She is the CEO of Rok Studio, she is an amazing actress, who has really pushed so many actresses in the industry. Number 2 is Genevieve. I feel she is the most beautiful woman in the world and she has also been able to take Nollywood to the next level, look at her film in Netflix.