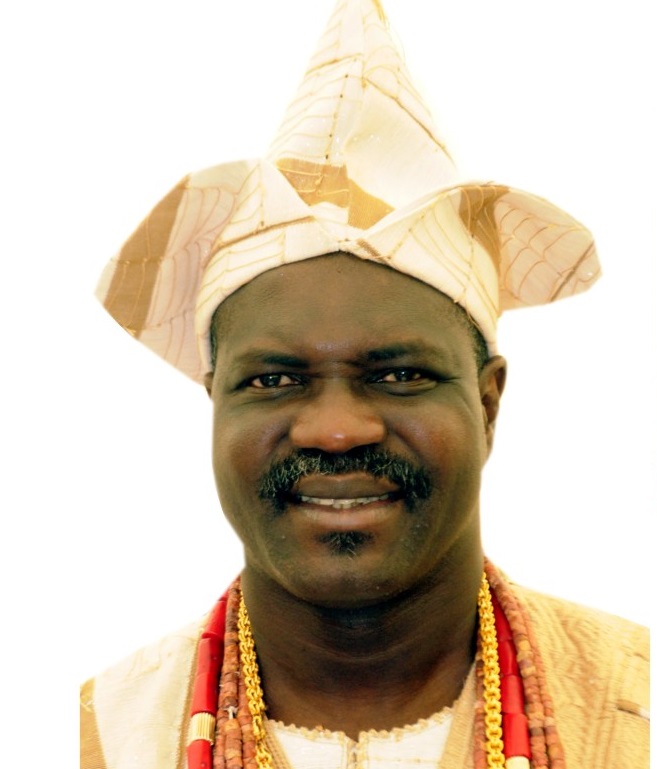 •All The Glitz & Glamour From The 56th Birthday Party In IBADAN

On Wednesday 19th June, 2019, Ilaji Hotels & Sports Resort, at Akanran area of Ibadan in Ona-Ara Local Government, played host to the crème de la crème in the society as well as traditional rulers from across Oyo, Osun and Ekiti states, is Oba Francis Olusola Alao, the Olugbon of Orile-Igbon, marked his 56th birthday in grandstyle. It was indeed a glamorous party befitting of royalty. City People’s Correspondent, Dare Adeniran was at the well-attended party, and here presents to you some of the interesting things that went down at the event. Read on.

Oba Francis Olusola Alao, the Olugbon of Ile-Igbon was born June 1963, in Ibadan, to the family of Pastor & Pastor (Mrs) Amos Okunola Alao. He was later taken to the North by his parents, where he had his primary and secondary school education.

He thereafter proceeded to the University of Liberia where he bagged BSc in Accounting. He started his career at a Chartered Accounting firm in Liberia. He served in the accounting firm for two years before floating his own private company. Today, he has  been able to build his company into an enviable stage.

His area of business has been as a contractor. He has been a sub-contractor to ECOMOG in importation of food stuff.Back in Nigeria, he has also been a contractor to major military formations in Nigerian Defence, like DIA, Defence Intelligence Agency and other ones.

He is also into Telecoms infrastructure and deployment. When the likes of MTN, AIRTEL first  came to existence his company was among the first set of people that went into the deployment of masts for communications. His company also executes a bit of fibre optics, laying of fibres throughout the nation. He established what we call Oyo Towers in Oyo State today. Oyo Towers is a telecoms infrastructure company on PPP Platform.

In all ramifications, Oba Francis Olusola Alao’s birthday party was one of the classy, well-arranged and celebrities-studded parties that has ever held in recent time.

The newly constructed Ilaji Event Centre was exclusively decorated in White and Gold colours, which of course was in tune with the dangling Gold plated chandeliers; that was the second mega events the hall has hosted.  Top Oil & Gas practitioners hosted Governor Seyi Makinde there, for his post-election victory party.

The seats were arranged in such way that gave hitch-free movement to guests and event vendors that played one role or the other. Not to talk of the lovely ushers in White gowns, welcoming guests to their appropriate seats.

WHAT OLORI OLUSOLA SAID ABOUT KABIYESI.

It was a romantic moment at the party when the beautiful Olori of Olugbon, Olusola Alao spoke about her husband. The gorgeous-looking Olori, who was clad in a White lovely apparel, described Kabiyesi as a man of all seasons and extremely loving.

She also revealed that Kabiyesi is caring and a bridg-builder, whose connection cuts across religious, Army, social and business circles. Olori stated, that having seen her husband in different spheres, she has found that Olugbon is generous, but highly disciplined.

As expected of the event of that magnitude, there was different cultural displays at the party. It was a royal party and Yoruba Obas are known to be naturally in love with traditional drum; thats one of the symbol of royalty in Yorubaland. Hence the grand performance of the Ibadan Royal Dundun Assembly, Oyo State Cultural Troupe and others. They all performed to the amazement of all the traditional rulers present at the party.

As a symbol of royalty, the 2-step birthday cake was decorated in Gold and White, with a crown image embossed in front of it. It was so beautiful and definitely added colour to the whole event. The royal fathers, father of the day Ex-Gov Ajimobi, representive of Gov Seyi Makinde, Engr Dotun Sanusi joined the celebrant in cutting of the birthday cake.

BETWEEN OLUBADAN AND EX-GOV AJIMOBI.

The party made it the first time the Olubadan of Ibadaland, Oba Saliu Adetunji, Aje Ogungunniso 1 and Ex-Gov Abiola Ajimobi will be seeing face to face since the latter left office as the Executive Governor of the pacesetter state. It is public knowledge that both have  been best of friends, over promotion of some Chiefs to the level of Oba.

Trust Ajimobi, who was the father of the day at the party, he talked briefly on those he offended and how it is normal for people to offend and forgive one another. Though Olubadan’s Olori that accompanied him to the party seemed to be still angry with Ajimobi, but it was later jokingly put off.

IBADAN BIG MEN WHO DAZZLED AT THE PARTY.

Give it to Ibadan big men anyday anytime, any social gathering they find themselves they must make a statement. Olugbon’s birthday celebration was not exceptional, they came in good number to support and celebrate with one of them, the Kabiyesi.

These men have one or two things in common; they are all successful in their various endeavours. Some of those sighted at the party include the former Chairman of TCTC, Hon. Dina Alabi; Alhaji Akinade Fijabi; Alhaji Alao Lateef; Hon. Babatunde Oduyoye, who represented Gov Seyi Makinde; Engr Dotun Sanusi. Ex-Gov Abiola Ajimobi’s later joined their table after his speech as the father of the day. They all had fun while the party lasted.

Like  the popular saying that once a man is successful, the sign shows on the wife. Same thing could best describes the Oloris at the party. They were all looking radiant and stylish in their different native dresses. Among the Oloris who stole the show at the party include Olori Oyefunke Adegbola, the beautiful wife of Eleruwa of Eruwa, Oba Samuel Adegbola; Olori Rashidat Aduke Ajinese, wife of Aseyin of Iseyin and several others.

AN ARRAY OF OBAS.

Olugbon of Orile-Igbon, Oba Francis Olusola Alao is a first class oba in Oyo State. He is a successful businessman and his connections cut across business, political and social circles. He is being has been g described by many as a kind and loyal man.

It was, however, not surprising to see the good number of prominent personalities and traditional rulers that graced his party. Some of the traditional rulers present at the party include the Eleruwa of Eruwa, Oba Samuel Adegbola; the Aseyin of Iseyin, Oba AbdulGaniyy Adekunle Ologunebi Ajinase 1; Olupasa of Ipasa, Oba Lasunkanmi Popoola; Onipetu of Ijeru, Oba Sunday Oladapoe Oyediran and many others.

Apart from the fact that Olugbon himself was an excellent host at his birthday; he was on his feets  through out the first stage of the party before he went in to change his dress. Unknown to many, Engr Dotun Sanusi, Chairman, Ilaji Hotels & Sports Resort, alongside some other friends of the Kabiyesi, was behind the whole arrangement. Hence his  deep involvement in the party.

He made sure all went as planned. Dotun Sanusi and Kabiyesi are very close; Engr Sanusi is the Apesin-Ola of Orile-Igbon. Hon Sina Oyedeji, PDP’s House of Representatives candidate for Iseyin/Itesiwaju/Kajola/Iwajowa Federal constituency in the last election, also played a prominent role. He was in charge of protocol and logistics at the party.

.Due to his busy schedule in Abuja, the Oyo State Governor, Engr Seyi Makinde, couldn’t attend  but he was ably represented by a former House of Reps honourable in the state, Hon Babatunde Oduyoye. He did justice to Governor Makinde’s speech, through which the governor reinstated   the determination of his administration to give traditional institution and royal fathers in the state the deserved respect and honour. That the royal fathers have a huge responsibility/role to play in his government, especially the raging security challenges. Gov Makinde also gave assurance to fix the road that leads to Akanran, where Ilaji is located.

Both Alaafin of Oyo, HIM Oba Lamidi Olayiwola Adeyemi 111 and Oni of Ife, HIM Oba Babatunde Ogunwusi Ojaja 1 couldn’t make to the party, but they were well represented. Sooko Laaekun Ogunwusi, Olori Adeola Ogunwusi and Princess Aderonke Ademiluyi, who looked gorgeous in her orange dress, all represented Oni, while a prominent chief from Oyo represented Alaafin.

ROLL CALL.The colourful party was well attended by top celebrities and prominent traditional rulers amongst whom were the Olubadan of Ibadanland, Oba Saliu Adetunji Aje Ogungunniso 1 and his beautiful Olori; the Eleruwa of Eruwa, Oba Samuel Adegbola;

How People Mocked Me For Being Barren...