Home News I Am Going To Be The Next OYO State Governor – JOGOR Boss, FEMI BABALOLA
News

I Am Going To Be The Next OYO State Governor – JOGOR Boss, FEMI BABALOLA 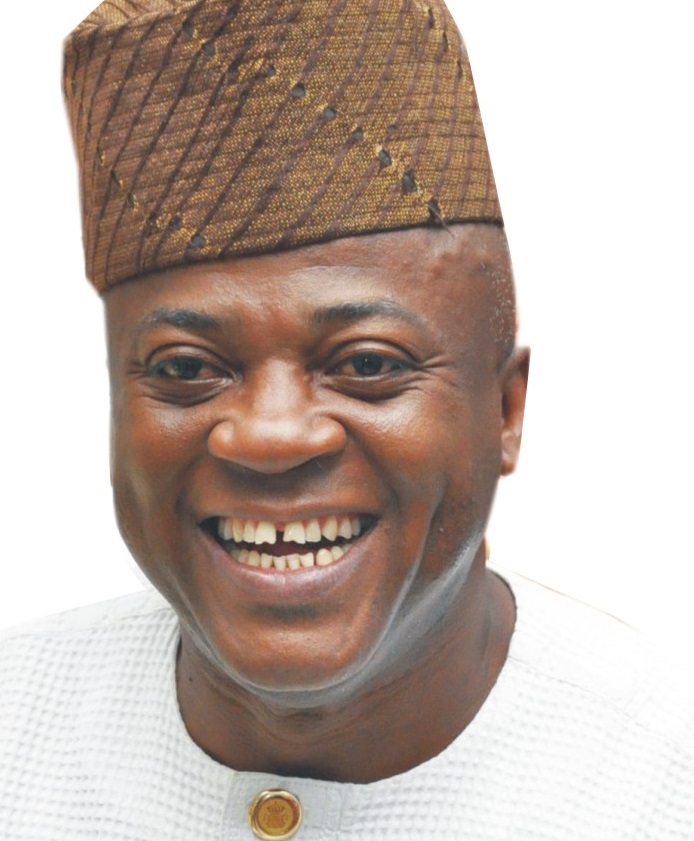 Femi Babalola is a Civil Engineer. The big news in Oyo State is that the boss of Jogor Event Centre in Ibadan, Femi Babalola has joined the Oyo governorship race. At 54, he is one of the young men who are desirous of contesting the forthcoming governorship race in the State on the platform of PDP. He tried also in 2015 but he didn’t get the ticket. But this time around he is so positive he will get it.

Last week, in Ibadan, he told City People Publisher, SEYE KEHINDE why he has decided to throw his hat into the ring, once again, like he did in 2015. Below are excerpts of the interview

You are an active player in the  Nigerian political space. How have we fared in the last few years? How are things playing out in the country?

I think the only indices known to man to measure performances of government is the well being of people. The question we should ask ourselves, which is a sincere one is: am I better than I was 4 or 5 years ago? It’s a pretty straight forward question. So, your answer depends on what you feel.

What’s going through your mind as we move close to another election year?

I am a student of Science. And I believe and I have seen it that the political experiment will improve with time. And it has been improving with time. The quality of participation in politics in 2003 was better that of 1999. The one in 2007 was better than 2003. 2011 was better than 2015, like that. We would continue to improve. I also know that the awareness is getting higher by day. Before now, Christians didn’t want to go into politics.

Go and check their antecedents.  See whether they are fit for that post. But what people do is to just vote for people without knowing about them. In other climes, before people get into positions, questions are asked; a lot of profiling is done about them. Before elections are held in the US, the journalists are 99% sure of the voting pattern because they already know the beliefs of the candidates and the policy they want to vote on. They know each candidates view on Education, Border Control or Abortion. That is why they are always right in their predictions. Nigerian journalists should please help us. Lets arouse the consciousness of electorates to do a little bit of profiling.

It is so bad that some people who are representing some constituencies don’t even live in those constituencies. If you are not living among your constituents how do you know their problems and wants.

That is why we need to start profiling. We need to unclothed every candidate.

What are you plans for 2019? Are you contesting?

We can do better than we are. I am sure of that. I grew up in Ibadan. I was born in Ibadan. It will surprise you that in those days people who live in Lagos used to come for holidays in Ibadan. Now, it has turned the other way. So, what went wrong. We have to arrest that decline. Those of us that have always lived in Ibadan know those things. So we would fix them.

You only talk about Ibadan. How about other towns and villages outside Ibadan?

Why do you sound so confident that you will be the next Governor of Oyo State?

People are now wiser and they are looking for people who live within the state who they believe can make those changes. I am one of those people.

What are the major areas you are looking at?

You need to think of the future of these students. When they come out of school where are the industries.

What happened to all the industries?

They have closed down. Ibadan was never short of industries. I tell people that. But government policies drove industries out of Ibadan. Those of us that are industrialists in this town we know the problems that we are facing and we know the solution we can proffer to bring them back to Ibadan here.

Ibadan was home to so many industries in those days. When Oluyole Estate was created in the 70s it didn’t take up to one year before industries could not get space again. So they had to establish another industrial estate called Lagelu Estate where Lead City University is now. That is where Macmillan, Ferodo, used to be in those days. Oluyole suddenly became the fastest grown industrialist estate in Nigerian. In less than one year it was taken up completely.

Now, all the industries have left. We have a state where a company that is as big as Procter and Gamble left and government is not saying or doing anything about it. Government didn’t even know they had left. So, there is something wrong somewhere. So many things are wrong. So, we have to get Industrialisation, Education and Agriculture right. Agriculture to me is actually the basis of industrialization.

The logic is this. If I can have a healthy and well-fed populace, well educated populace, industrialization, we are good to go. Education will open the doors to other things.

When we were in the University of Ibadan, I know some people who the first time they even saw television was when they came to U.I in 1980.

They were seeing TV for the 1st time in their life. The guys now are big industrialists.

On what platform are you running?

Of course the PDP. I am a PDP man any day, anytime. I am one of those people who believe it’s the people that make a party, not the other way around. Since I joined the PDP in 1998 I have not jumped ship.

Because I believe it’s the people that make the party. I believe with time we would get it right. I am a politician by choice. I didn’t enter politics by accident. I started playing politics right from my Part 1. I was the President of a Union in the University in my Part 1. I understand the political terrain in Oyo State very well. I understand the people across the state. I have a relationship with them that dates back. I have a wide network all over the state. We have moved away from those periods when internal democracy does not matter. Now it matters. Everybody now knows we must respect Internal Democracy. Because all you’ve laboured for, all you’ve spent, you will just lose it by one court judgment. So everybody just wants to play the cards right.

But how do you want to resolve all the endless fights in Oyo PDP?

In Africa, there is no party where you don’t have internal interests and it’s those interests that generates into groups and it’s the groups that now have different interests that disagree among themselves. You can’t avoid Groups or Interests in parties. We would resolve it. PDP is a good party. We have done better than even the party in government. We have seen them in 3 years. We were there for 16 years. We have room for improvement.

I have been in politics for years. Actually, I have always been a politician. The truth of the matter is that when I was in University of Ibadan (U.I)  right from my Part 1, I was the President of my Association of Civil Engineering Students for 3 years. Right from my Part 1 as well, I was an Executive member of the Faculty. In my Part 2 or Part 3, I was an Executive Member of Sultan Bello Hall. I was part of several committees within the faculty and in the University itself, so I played politics throughout. I played some politics at the level of professional body too, Nigerian Society of Engineers, also in my alumni association, Government College, Ibadan. I was the Vice-President at a stage.

As a matter of fact, since 1991 when late Gov. Kolapo Ishola was our Governor and his Deputy, who was my boss and senior at CONSADEM, we ran his campaign together. So, it wasn’t a surprise to me when democracy returned in 1999 and it didn’t take me time to join PDP. I was one of the pioneer members to join PDP in 1999.

All the while, I played from the sides. It was like I was watching but everybody knew I had sympathy for politicians. There was no election that I did not take sides in till 1999. And when I say take sides I mean that I had a particular candidate I will support financially, morally and I will give him my support, but along the line I have found out that it is good to support people and stand by people.

But it won’t be a bad idea to be the candidate yourself. I feel I would give more to the society by being a candidate than supporting people.

One of the things I have found out is that a lot of people have found it difficult to address the problems of Oyo State and each time I look at it I found out that the problem actually is borne out of the fact that if you are not part of the system you won’t have a feel of the problems and if you don’t feel the problem, it is not like you will have solutions to the problems.

What are the problems?

No 1. If you look at Oyo State more than 90% of elective office holders never stayed in Ibadan before they got their appointments or before they got elected into offices.

What that goes to show is that they didn’t feel the problems, so there won’t be any solutions. That’s a major problem.

No 2. Most of them were not businessmen. And whether we like it or not, government policies are made for the private sector. If you cannot have a vibrant private sector forget it.

There is no way you can encourage the private sector or improve on the performance of the private sector if you are not playing in that sector. I am playing in that sector. I have noticed so many short comings and I said to myself, “Femi come, you have lived all your life in Ibadan, you are a businessman, you are a professional, so what is your problem? All these things that people are saying its you that everything circles on.

“You have lived in Ibadan,  you are living in Ibadan. So you are part of the problems, you know how to resolve it, you are feeling it, so you should have solutions for it, you do your business here, your family is here, so what is your problem?

“It should be someone like you that should go in there and lets see how far you can go.”

That is one of the reasons why I decided to give it a plunge. I feel there is a need for us to change. In fact, we are in a hurry to have a better society.

I Am Going To Be The Next OYO State Governor – JOGOR Boss, FEMI BABALOLA was last modified: June 18th, 2018 by Seye Kehinde