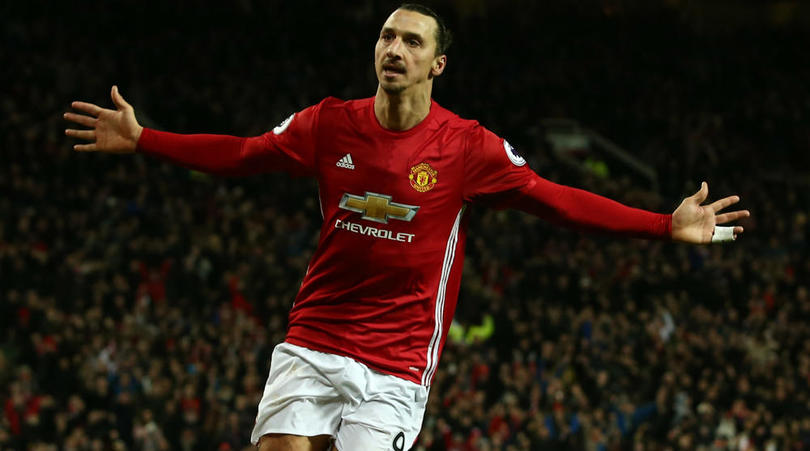 The United forward says he no longer has any individual targets left and instead has his sights on winning the Premier League.

Ibrahimovic, 35, has impressed hugely since joining from Paris Saint-Germain on a free transfer, with his 13 league goals putting him just one behind Chelsea’s Diego Costa in the race for the golden boot.

But Ibrahimovic stressed he is only focused on helping United extend their nine-match winning streak across all competitions, with the league title firmly in his sights.

The striker told United’s official website: “No, I’m not chasing anybody. I’m chasing the head trophy – the Premier League.

“That is my aim. The individual things come as part of the main objective because that is like a bonus for every individual player.

“I have no individual targets because that I did already, after three months in England. After I conquered England – it took three months.

“If the collective does well, then the individuals will do well. I try to help the team and try to do what I’m best at – scoring goals, playing good and creating chances for my team-mates.

“As long as I can do that, I know I will help my team. The same thing with them, they help me the way they can for the team.”

United face a huge test of their title credentials when they host rivals host Liverpool on Sunday and Ibrahimovic is clear about their ultimate goal ahead of a match that could see them close to within two points of Jurgen Klopp’s side in second.

“The last one and a half months have shown the right way, the gap has been bigger but now it is better,” he said.

“So we are closer to that now. We wait for the other teams to have their dips, to make their mistakes, and we will be there.

“We will give them hard work until then because I think the second half of the season is the decisive one. I know what we want.

“We had our dips, our ups and downs when we were winning, losing, winning and losing. Lately, we have been winning, where we have been more stabilised as a team.

“The coach has found his base, which is not easy when you are a new coach coming to a new team and want to put in your philosophy, your game and the way you want it to be.

“I said from the beginning – slowly, slowly, we will get better and everything was about the click.”