Home News I Had 6 Miscarriages Before I Had My 1st Child @ 51 – Popular LAGOS Socialite, Chief Mrs ATINUKE ABIORO
News

I Had 6 Miscarriages Before I Had My 1st Child @ 51 – Popular LAGOS Socialite, Chief Mrs ATINUKE ABIORO 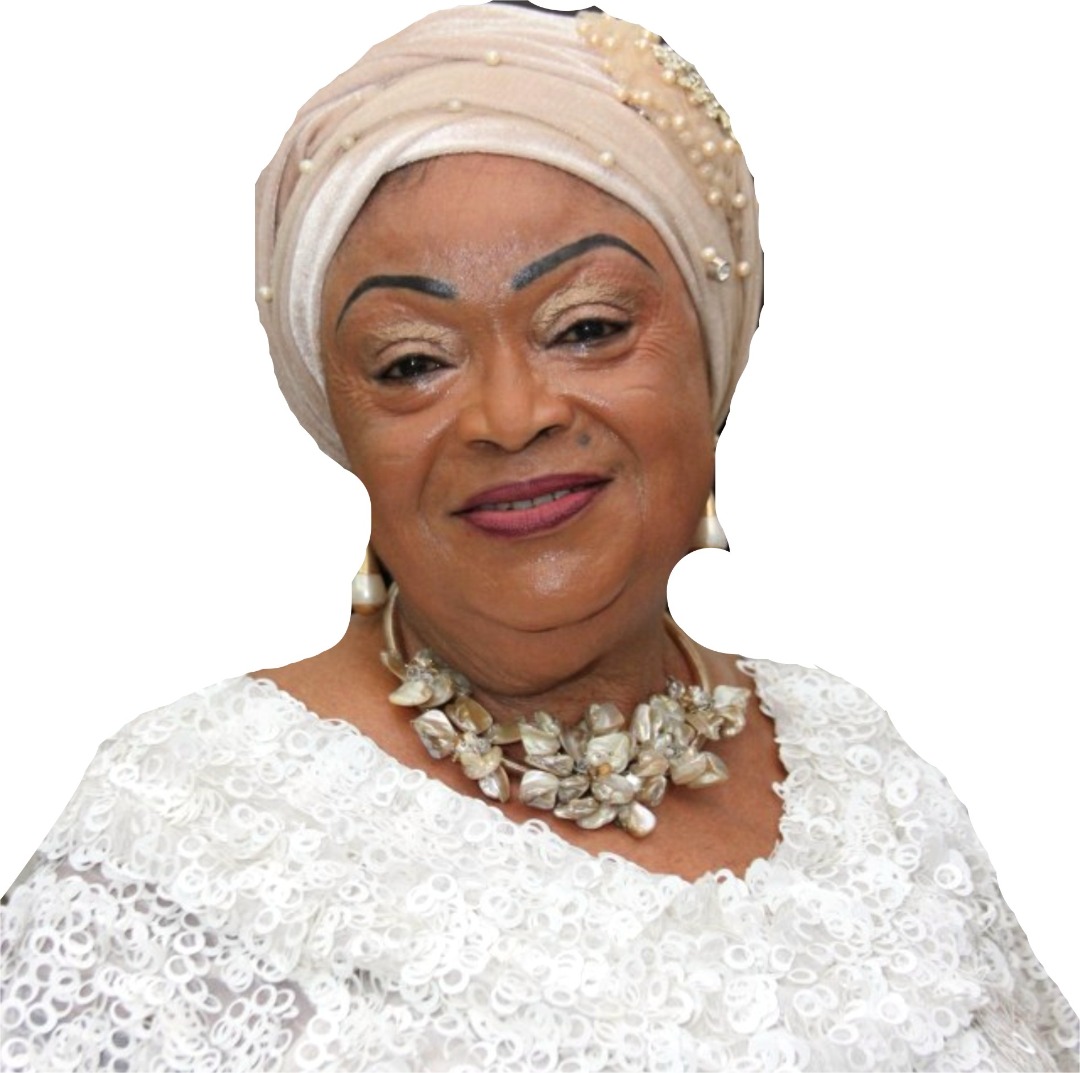 Mrs Tinuke Abioro, the wife of a late foremost Nigerian Music Promoter, Chief Bolarinwa Abioro, is going to be 75 years in a couple of weeks. The Lagos society matriarch, who has dominated the Lagos social scene for over 50 years needs little or no introduction.

She is a businesswoman and a woman with a high education profile. Do you notice that whenever you see her, you see a 4 years old girl with her? Well, that is her only grandchild. Did you ask how true is that? She is a woman of Grace as she waited on the Lord till age 51 before she had her first fruit of the womb.

She waited for many years and God blessed her when all hopes were lost. A few weeks ago, Mrs Tinuke was seen at Funmi Beauty World’s birthday where City People’s Assistant Editor, ABIOLA ORISILE, had an exclusive interview with her. She spoke about detractors mocking before she had her first child. It is a must-read for all women waiting on the Lord.

You recently held thanksgiving service for your husband, the late Chief Abioro, what do you miss about him?

I miss everything about my husband. Of course, I held a thanksgiving service. You know even if I called Seye a day before the event, he would find time to come. But this year, I travelled and I wanted to do it low key, but of course, it was not different from what it used to be, except that we didn’t have a large crowd. Do you know that up till today, I still miss my husband? Though, people say Olorun a fi igbagbe si”, but for me, I can never forget my husband. Is it the expenses I now carry, a good friend to chat with, confide in, I found everything in my husband. We were very close, people knew that. I thank God as I told you, I am a product of grace. I never knew I could go this far. I know I will receive God’s mercy and grace more.

You recently celebrated your birthday, when is your next birthday and how old would you be?

What has life taught you at 75?

I have received several lashes here and there, but with grace of God, he has made me not to even think of them except as stepping stones to my greatness.

You started your life as a Nurse, would you say being a nurse made you look ageless @ 75?

It is the Gene from my parent and if you also knew my husband, you would know he was the best- dressed man during his time. Whatever he wore, he made a pair of shoe of it.

You said you were a child of grace, what do you mean by this?

I got my child pregnancy at age 50 and had at her age 51. I was married for 46  years. My husband was the best man I have ever met.

Are you the first wife?

No, I am not, but I have a cordial relationship with his senior wives. My husband had 6 children and there was no rancour. The only regret is that he didn’t wait to see the birth of his much-awaited child because he died 3 months before I delivered my baby. But glory be to God.

What did your husband say the day you told him you were pregnant because you were so close?

We were so close that even my friends call me “Ovalarian”. My husband was so fond of me. To be a good wife, you have to bury yourself in that man. Respect the man, be truthful and honest to him. It wasn’t easy without a child, but he made it easy for me. He kept assuring me that I was going to have a child.

How did you tell him you were pregnant?

Both of us were on holiday in London. I thought it was one of the other symptoms and I never knew I was pregnant.

How many pregnancies did you lose?

I lost 6 pregnancies at 5 months, 6 months and one was even at 11 months. They were all not at the first trimester. I even had one at 8 months. We were in and out of the hospital, but he never left me. He never lost faith whenever I told him I just found another doctor and he would be like, let’s go. His children were also very supportive. You can’t believe I was on admission in London and I even thought I was going to have a miscarriage, but glory to God Almighty. You won’t believe that immediately my husband died, I stopped bleeding. I came down to Nigeria against medical advice, until after 40 days prayer, I didn’t have any problem. The mercy of the Lord was that this my daughter who is in her twenties now had a child, who is already 4 years old. My daughter is a medical Doctor. I never knew I was going to see or have any grandchild.

You gave birth to your child against all odds @ 51, did you cry?

I was just rolling on the floor and I threw the best party ever in my house for well-wishers because I never believed I was going to have a child and God made it possible for me. Do I need to talk about the backlash? People would say: ‘she goes to party a lot’.

“See another headtie she ties. She loves parties. Haa! It was much. If you are happy while you wait, you would have your own child. Don’t allow society to depressed you or deny you of your joy. People do say “Aiye igba kan, olobe lo ni oko, but ni isiyin, olomo lo ni oko” (he who has a child owns the husband). My husband always consoled me and said may be when you have your own children, there would be more blessing. During the waiting period, I totally shunned having chains of friends. I totally withdrew from social scene and I started reading. I read and went back to school to get my PhD. It is not honorary PhD. I just recently became a Chartered Member of  the Nigerian Institute of Management and a senior fellow. So, those bullies made me go back to school, but I had someone I could report to which is my God and my husband who was always saying: “Don’t worry sebi you are married to me”. Was it only abuse? What about those who would call to say your husband is at so so place for a naming of his new child, I will say thank you. They didn’t know that my husband was always sitting next to me at home.

How did you feel the day you held a baby, knowing that it is yours?

Oh my God! I held the baby so tight. I bathed her with tears of joy. I remember that my husband used to say I am going to hold mine and I did. I held a living child.

Did you name her immediately?

Yes. That was what my husband wanted. He said I should call him/or her Omobolarinwa Abioro. You know his name is “Omo”. He named the child before she was born.

Where did the naming take place?

In my house at Magodo. Then, I had moved from Adeniyi Jones, where I stayed with my husband for 40 good years. That was the first year. I called Muslim clerics to name her and on Sunday, we took her to my church for naming. It was a tough moment.

Go out and have fun. Don’t keep many friends. It’s better they say what they don’t know about you than thinking that you confided in somebody. Be friendly with everybody and don’t have best friends. But, of course, I have friends whom, I can’t do without. That is Jesus and Adebola Williams, Toyosi Adesakin. All my friends of over 40/45 years. So also is my sister, who has been in my life all along. Mrs Adetifa Bolatito. She was the one who took my daughter to London when I was busy crying. She said: Okay, when we bring the child to you, you would stop crying”.

Why were you crying?

That was because I was a bit sick and I couldn’t travel and I was like how could an 18 years old girl be pregnant. Unknown to me that God had a plan for me. I remember that when I was pregnant at age 19, people were like I was too young and I had to be given medicine to get it washed down. So, I said, is it a punishment that my daughter would be pregnant at age 18, but I did not know God used it to prove a point to me.

How do you feel seeing that your little grandchild now?

Oh my God! She is friendly. Highly mature for her age. She is my best friend.

Did you try getting pregnant after your first child @ 51?

Yes, I tried and that was because there was a prophesy that I would have a child. I tried. I tried my hand on a relationship which collapsed at 7 months and ever since then, I have been on my own for over many years.

I Had 6 Miscarriages Before I Had My 1st Child @ 51 – Popular LAGOS Socialite, Chief Mrs ATINUKE ABIORO was last modified: April 7th, 2020 by Abiola Orisile

How Otunba YEMI LAWAL Fell In Love With His Wife